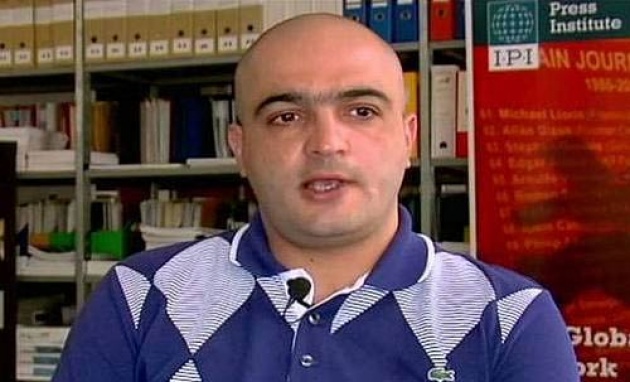 Azerbaijani journalist and human rights activist Eynulla Fatullayev, 35, was announced as the laureate of the 2012 UNESCO/Guillermo Cano World Press Freedom Prize, named in memory of a Colombian newspaper publisher murdered in 1987 for denouncing the activities of powerful drug barons in his country. (Award will be presented on May 3, 2012). Mr. Fatullayev is the former editor-in-chief and founder of the popular independent Russian-language weekly Realny Azerbaijan (Real Azerbaijan) and the Azeri-language daily Gundalik Azarbaycan (Azerbaijan Daily) newspapers. Throughout his career, he has unfailingly and steadfastly spoken out for freedom of the press and freedom of expression. Imprisoned in 2007, he was released last year by presidential pardon on Azerbaijan’s Republic Day, 26 May - an event that was welcomed by the international community. In July 2011 Mr Fatullayev founded the “Public Union for Human Rights", a non-governmental human rights organization.

Candidates are proposed by UNESCO Member States, and regional or international organizations that defend and promote freedom of expression. The UNESCO Guillermo Cano World Press Freedom Prize was created in 1997 by UNESCO’s Executive Board. It is awarded annually during the celebration of World Press Freedom Day on 3 May, and honors the work of an individual or an organization defending or promoting freedom of expression anywhere in the world, especially if this action puts the individual’s life at risk.