Cebu's now back again to Sinulog fever. Every corner of the street has the Sinulog music on for 24 hours. It has an upbeat rhythm which somehow would compel you to dance to its tune, it creates this LSS feels too!

For the past years, I had also shared a few other blog contents about Sinulog. Check the list below:

This time, I am again blogging about Sinulog but this is somewhat the negative side of it which even if it is somewhat bad, this is true and real, it is happening even perhaps this day, however, I have heard that there are new rules this year because of Mayor Tommy Osmena. So, what I am blogging today are the things which I had experienced myself, I had watched the Sinulog street parade for three straight years and I got over it because of the continuous same scenarios.

With that, this year's a stay at home or go out of town to chill and get away with the city noise and garbage. Yes, garbage and I'll tackle it later on.

Today, these scenarios are part of the event and that if you are planning to watch it this year, be aware and be conscious enough about these things.

This is one thing that you need to bear in mind. I don't know if someones do this but I believe no one goes to Sinulog alone. Most go in groups, some with families but most go with friends, colleagues and some go there with strangers, perhaps someone they newly met.

Having no mobile signal is really a huge concern especially when in a celebration where millions of people gather in the city. Keeping everyone intact is a challenge and mobile phones are the main device which keeps that task flawless. However, what can we do when the providers themselves would disable these during the event?

Well, they do have their own fair of good and valid reasons and I don't want to deal with those now but I am telling you, there are alternatives which have been proven to work but that's something that requires preparations frew days before the event. 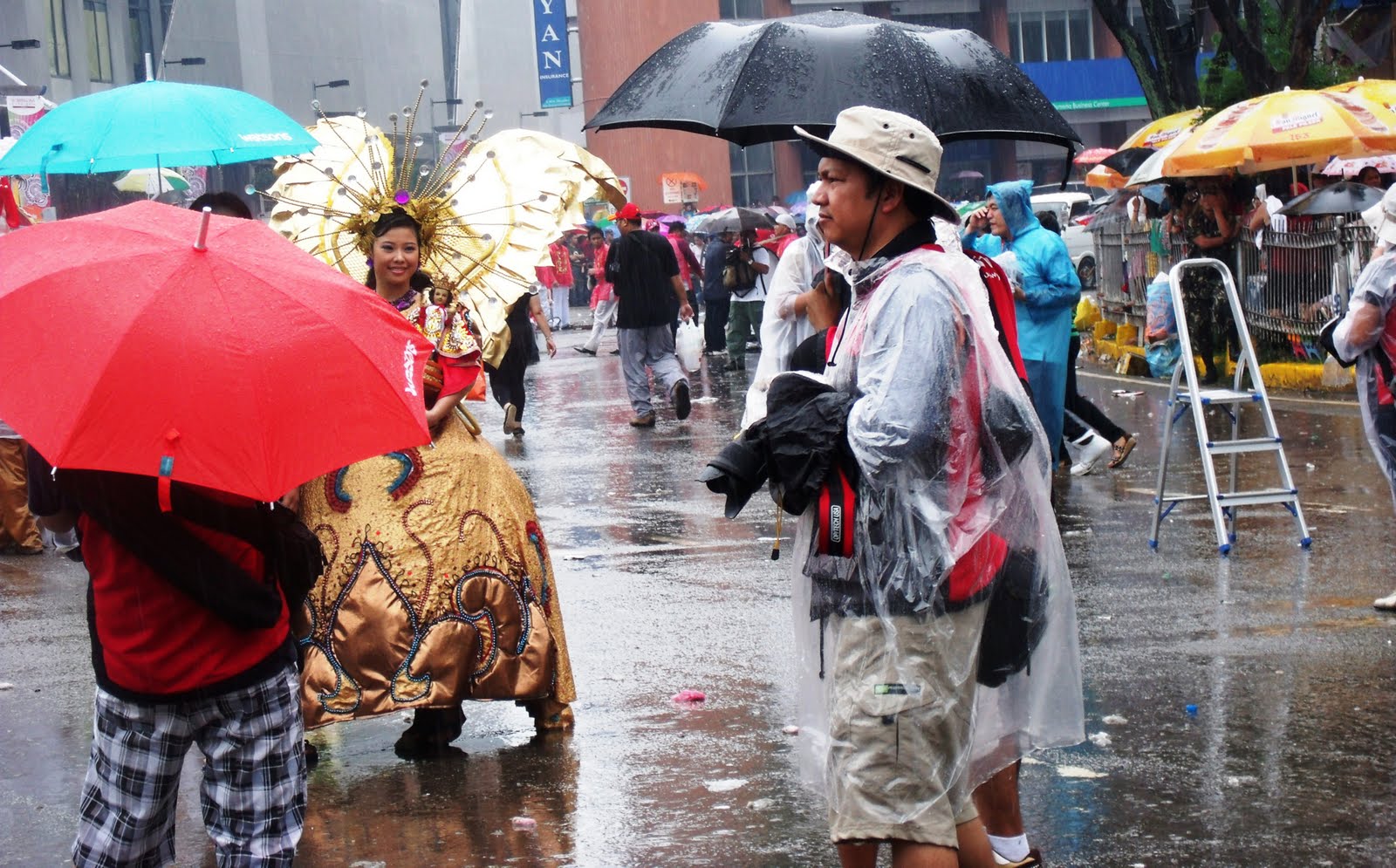 I wonder if this is really the trend but most of the time for the past years which I had watched the Sinulog street dance, the weather was always unpredictable. It may be sunny at the start of the day but in the middle of nowhere, the weather would just change and it would start raining.

So one of the worst things to happen is to get soaked in the rain! It is then important to bring an umbrella with you as soon as you get out of the house. But it is also a challenge to keep the stuff you brought to still be with you once you are outside, I will explain later.

Then if you get lucky with not getting soaked, there's a huge possibility of getting sick afterward due to the cold rain, the heat of the sun and other kinds of things that could affect your body. There are other people around you who might also be experiencing viral diseases and you might catch the same sickness. 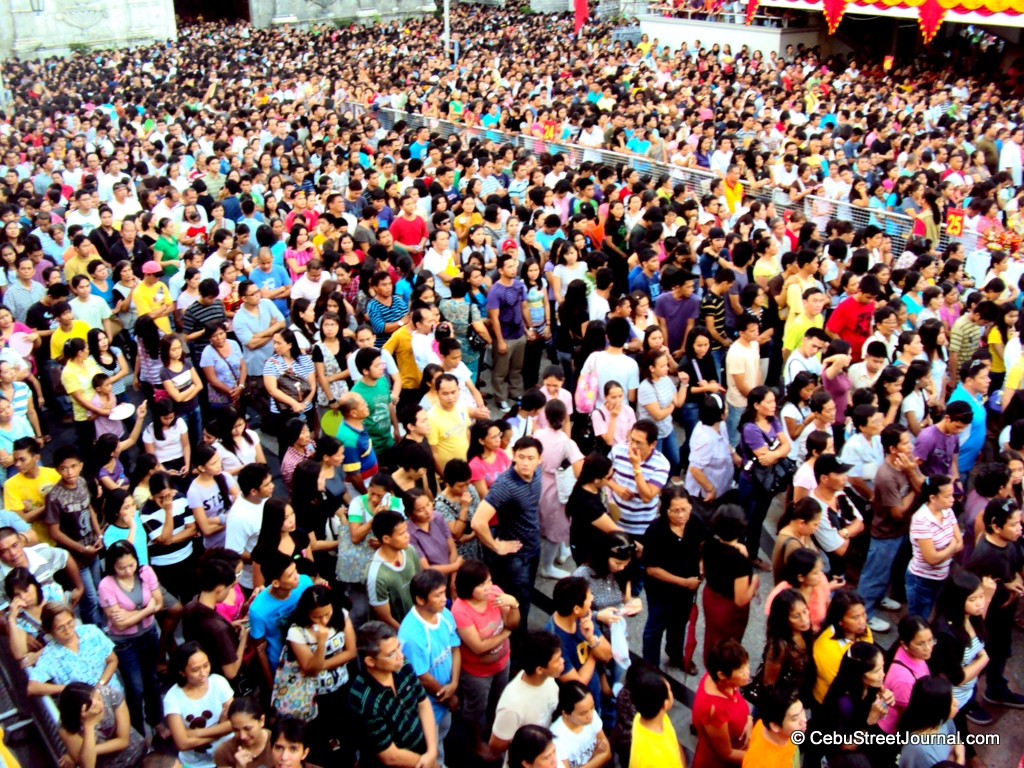 Here's one thing that I always pray that I won't experience, losing things along the way especially valuable ones. But because of the millions of people around whom you don't personally know, you won't be sure how they behave while on the streets.

While Sinulog is a religious activity, it is also cannot be prevented that there are parties going on in the side streets. There will be people drinking, singing, dancing, partying and most of them get drunk. Once they get drunk, there will be others who will be taking advantage of those who are not anymore in their right mind and would take their things from them.

That's just one example. There are also others who are just thieves themselves that even when walking around, they have the tendency of stealing.

Always be vigilant and be aware of your environment.

Perhaps one thing that had me surrender and decide not to go anymore again was when I got stuck in a very crowded area and almost get into a stampede!

That experience was one of a kind and very scary. Due to too much carbon dioxide, I was almost not able to breathe. I lost my husband who was still my boyfriend at that time and I can't find him. I was standing and was shoulder to shoulder with the next random strangers who were all sweaty, they were all shouting and most were angry!

I don't know how I got into that area but I was glad I got out and I can't help but get scared when there are a lot of people around. Stampede is real and that it is one thing that I always avoid.

One reason for stampedes is the numerous celebrities who can cause the audience to be wild, they scream to get their attention and they move carelessly towards them!

I recall one time when I was already working in a BPO company, I went to watch the street dancing even if I had work that night. Public vehicles were banned to enter the area for which the street dancing route goes so they'll get rerouted at least kilometers away from the main city.

There's no other way of traveling than walking. I walked thousands of kilometers that day from morning till evening and when it was about time to work, I had to walk towards the office which was super draining!

My physical and mental aspects were both stressed that I slept the entire night! I was at work and had to ignore all calls that day. I had numerous abandoned calls and I was just thankful that I was not caught by the management, perhaps they were also sleeping at that time.

For first timers, please be aware of these things so you may avoid these things to happen to you during the event. Always be prepared!