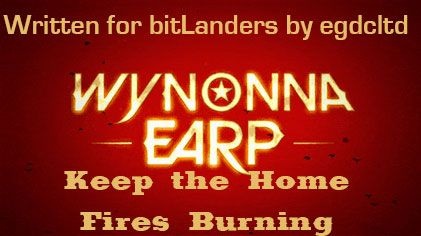 "Keep the Home Fires Burning" is episode two of season one of Wynonna Earp, the fantasy western series based on the graphic novel series of the same name about Wyatt Earp's descendant. In this episode Wynonna goes on her first solo mission and the man from the well meets with the revanants.

In the first episode, "Purgatory", Wynonna Earp, great-great-granddaughter of the legendary Wyatt Earp, had arrived back in her home town of Purgatory for her uncle's funeral. She discovered that the revenants of those that Wyatt had killed were coming back from the dead - again. Wynonna was able to stop some of them, thanks to someone whose name hasn't been given yet - but he climbed out of a well - and Agent Dolls of the U.S. Marshals. From a branch that deals with unexplainable matters. Such as the supernatural. Wynonna has her ancestor Wyatt's gun, Peacemaker - supposedly the only means of putting the revenants down, although it looks like the man from the well has something similar - and has been newly deputised.

The episode opens in a club and Wynonna enters. Then it goes back earlier; she and Agent Dolls are outside in his vehicle. Dolls wants Wynonna to be discrete (she hasn't exactly given the impression that discrete is something she's good at yet). He shows her a picture of one of the revenants, who she says is one of the ones who attacked the family homestead when she was a child. He's apparently inside. Dolls gives Wynonna a government-issued gun, even though she says that Wyatt's Peacemaker is the only thing that will put a revenant down. Wynonna wants to have a bet on it; Dolls declines. This is going to be her first solo mission. 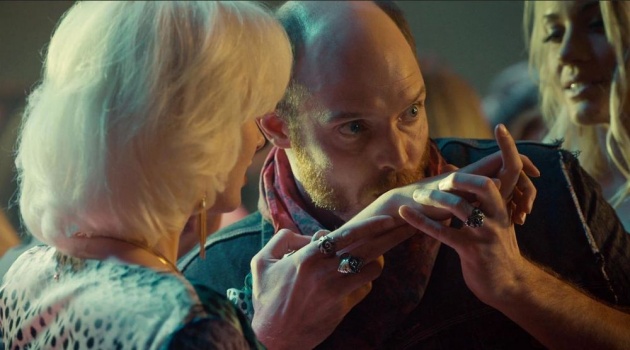 That Was Not Discrete

Inside the club, the revenant notices Wynonna first and bites off a woman's finger when he does. Wynonna fires her gun into the ceiling and there's another revenant in the club to that attacks her. The gun that Dolls gave her doesn't work at putting the revenants down permanently, so Wynonna says that Dolls owes her dinner. He is not happy that she wasn't discrete. Like that couldn't be seen coming. 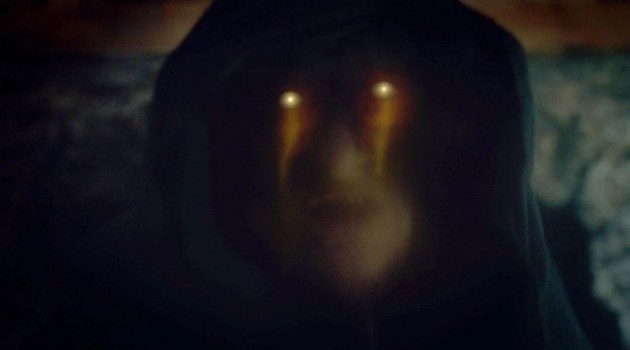 A man, who looks like he's a deputy, enters an old building. His torch fails to work and then a huge shadowy figure with glowing eyes enters and there are screams.

The Revenants Know Who Henry Is

The man from the well - he doesn't seem to have given his name to anyone as more than Henry so far - is at the revenant encampment. Even though they don't exactly trust him. They do know who he is. He asks to enter a game of what is actually Texas Hold'em and says he will be able to pick it up. Which tends to be a sign that someone else is going to get cleaned out. 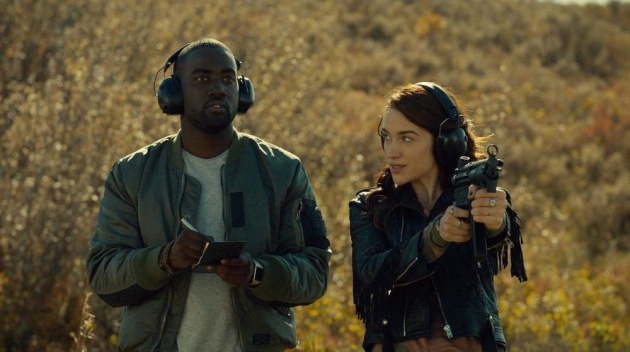 The Story Will Be Contained on Pain of Tomahawk Missiles

Elsewhere, Dolls is telling Wynonna about the Black Badge division, whilst pulling out a load of modern weapons. Wynonna enjoys firing the guns; she just doesn't think they will work. According to Dolls, the Black Badges are a secret branch of the Marshals that were founded in the 1900s by Teddy Roosevelt to eradicate paranormal forces. Wynonna tells Dolls that there are 77 revenants in total. He says that this must be kept secret, but she wants to tell people. So Dolls shows her a photo of the last place where people found out about supernatural forces. It's a crater. Caused by Tomahawk missiles. The government wants to contain the story.

A Connection to Wyatt

The revenants' boss is meeting with Henry, wanting to know what he wants. Henry says that it's financial gain, but his motivations are truly unclear. Henry also mentions something that he did to Wyatt. 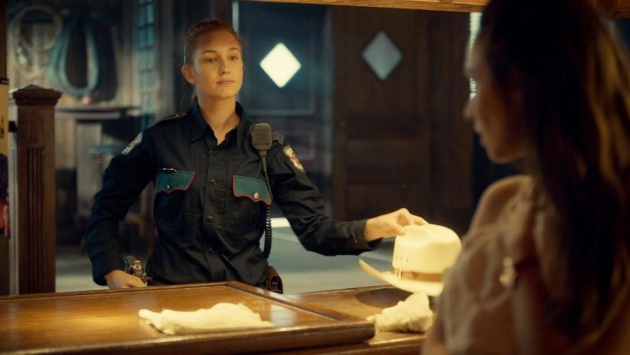 More Building Characters and Getting Going

Wynona's sister Waverly has been doing research and wants to join the Black Badges. During a confrontation with a revenant, they discover that the Peacemaker is distinctly unsafe for them to even hold. Dolls is taking over the sheriff's offices - the sheriff does not have much in the way of officers himself. Dolls also doesn't appear to have much in the way of a sense of humour. Wynonna wants somewhere safe to live too, as she's been attacked everywhere.

Still building and introducing characters, even though a few revenants don't make it to the end of the episode.