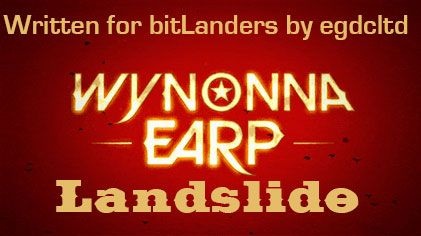 "Landslide" is episode eleven of season one of Wynonna Earp, the fantasy western series based on the graphic novel series of the same name about Wyatt Earp's descendant. In this episode, the not-dead Willa is shown around and preparations are being made for an upcoming poker game. 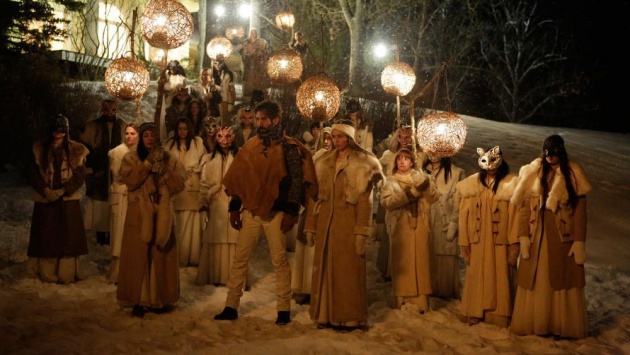 In the previous episode, "She Wouldn't Be Gone", Wynonna had given Doc the Stone Witch's car and, kind of thanks to a suggestion from Waverly about learning to drive it, had gone off on his own. Dolls and Wynonna had been probably duped after going after another revenant, Lou, one that Bobo apparently feared due to a weapon Lou possessed. Which turned out to be a skinwalker. The hope was to use the weapon against Bobo, but that didn't happen. 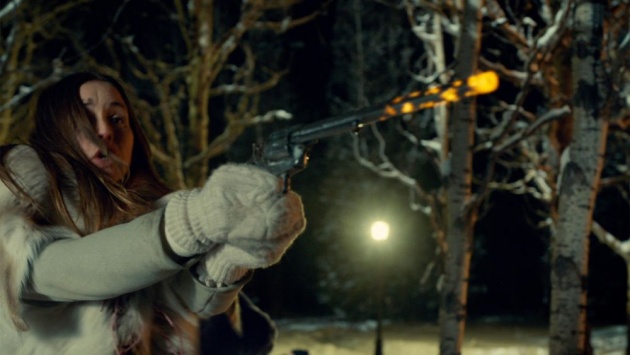 Return of the Not-So-Dead Willa

Lou was running a creepy cult in the woods and had a number of young women. Lou was, during the process, shot and sent back to Hell with the Peacemaker, and this was fired by one of the women in his cult, Eve. Which is a gun that only the Earps are supposed to be able to shoot. Dolls and Wynonna had a discussion about Eve at the sheriff's, and came to the conclusion that she wasn't faking it and had lost her memory. Wynonna took Eve home and told Waverly that Eve was staying with them for a while. Then Gus came out and got a shock when she recognised Eve - as Willa, Wynonna and Waverly's older sister. Who is supposed to be dead.

Eve is now asleep at the Earp ranch. Dolls gave her something to calm her down. It worked; she's currently really calm. Waverly wouldn't mind calming down herself. Wynonna says they can't tell anyone yet. Then Dolls arrives with the results of a DNA test done, comparing Wynonna's saliva to Eve's. It's confirmed; Eve is Willa Earp. Dolls reassures Wynonna that no-one knows who the test was on, and that a buddy of his did it as a no questions asked favour and that not even Black Badge knows. Dolls comments that Wynonna doesn't believe him; she replies that she doesn't believe he has a buddy. So there are now two Earp heirs, something Dolls has problems explaining. Wynonna thinks that they were bad people to stop looking for Willa. 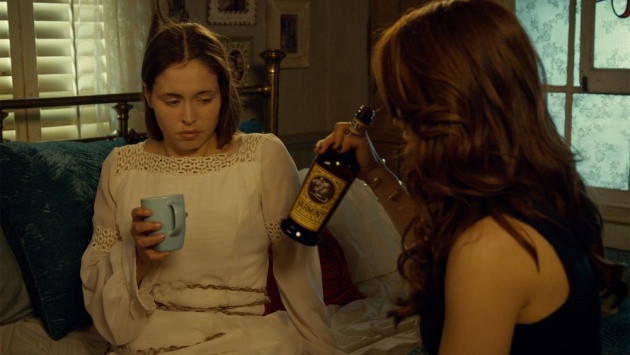 True But Not Helpful

Two men are breaking into a door that says 'Staff Only' which has been chained shut. One tells the other not to look into his eyes, as he's been in storage for about a year and will be hungry. Inside the building is some old rolling stock and the men hear a woman's voice. Following it, they find two women chained up, so release them. Sadly for the men, he was in fact a she, and there are two of them. And they are definitely hungry and looking into their eyes was a bad idea. 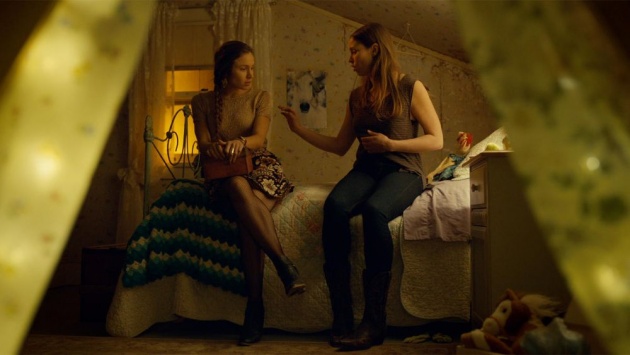 Willa is Shown Her Old Room

At the Earp ranch, Willa is being shown her old room, which hasn't changed since she was taken. When she asks why their parents left it as it was, Willa is told that their mother had been gone for some time and that their father didn't survive. Willa also finds a switchblade in her room, and wants to know who would give their child that. 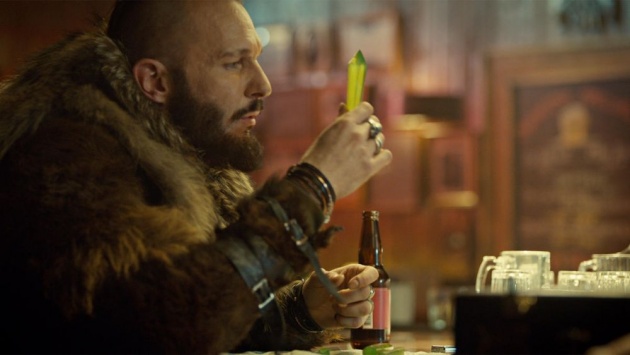 Waverly mentions to Wynonna about seeing Nicole before the Poker Spectacular, an event that Wynonna hasn't heard of. Judge Cryderman is speaking to Bobo in Shorty's about the event, telling him that he has several whales coming into town. Bobo says that he isn't interested, because he's going to be in the wind in four days. The judge points out that Bobo says that every year. Cryderman also has some odd crystals for Bobo, and says that he will deal with law enforcement. Cryderman also knows what Bobo is. 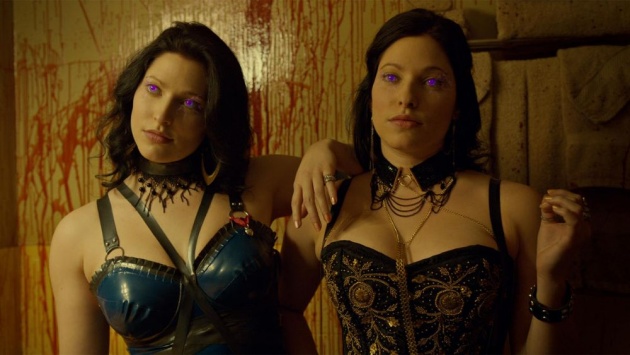 One of whales is put into a hotel, and he's definitely not impressed with the quality. He notices what looks like blood on the bathroom door and opens it. Which is a mistake. Inside are the two women, and the bathroom itself is covered in blood. They are able to control the man, much to his detriment.

The Truth and the Whole Truth

Willa wants to be told the whole truth. She's been told the truth so far, but not everything. Wynonna takes Willa outside shooting and, when Willa asks how Wynonna can find it funny, Wynonna replies that you have to laugh or go crazy. And she's been crazy and didn't care for it. Holding the Peacemaker again results in Willa getting a flashback, and she starts to remember who she is and who the others are. Although she doesn't, as yet, remember what happened after she was taken. 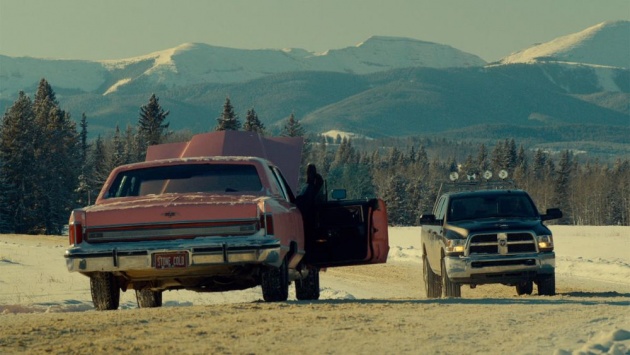 Elsewhere, Doc has broken down and a man pulls up in a truck. Doc is less than congenial but does apologise, especially after he confirms the man isn't a revenant. For Doc has broken down on the edge of the Ghost River Triangle. The man who offers to help; well, there's something about him. He may not be a revenant, but he is something. He warns Doc about the Winter Solstice too - which is in four days. 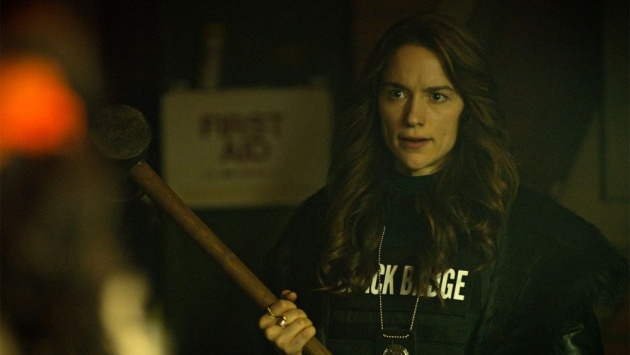 What is Dolls Suppressing?

The two flesh-eating women from earlier encounter Dolls and Wynonna, and they detect something about Dolls. Something he keeps suppressed. Which is perhaps what the drugs he takes are for. What this is isn't revealed. Willa also causes some problems, for she doesn't know that the existence of demons is being kept from the general population, on pain of wiping towns out. Bobo also seems to have a connection with Willa.