Xcorps 39. SPEED – FULL SHOW - Another all American horsepower episode this one called SPEED featuring Xcorps cameras rolling at The Bonneville Salt Flats Speedway Utah for SPEEDWEEK with the fastest cars and trucks on the planet going for world land speed records! 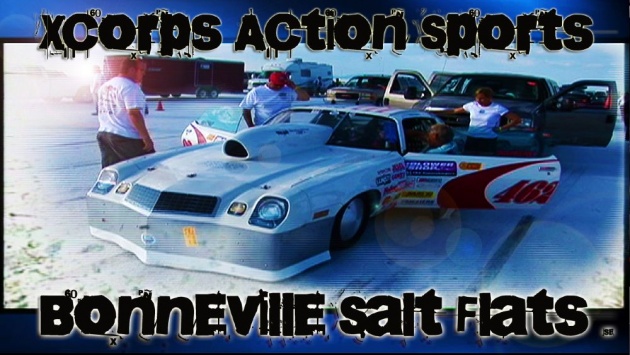 X man and guest host Rat Sult rolled the full size X motor coach north from San Diego to Utah's western edge exiting at the historic and beautifully vast Bonneville salt speed track, which extends for more than 30 miles- dead flat and ready for speed! The 'Speed Week' event is sanctioned and organized by the SCTA-Southern California Timing Association- and is held every year at the Utah state park, near Wendover Utah on US-80, where an elite group of worldwide motor sports speed enthusiasts meet to go for the records in their custom machines. The show opens with some scenic road shots and a look at the RIVE provided band The Clay People hammering their high octane song 'Supersonic Overdrive' in their cool retro 60s video. Nice fit with those dancing girls! 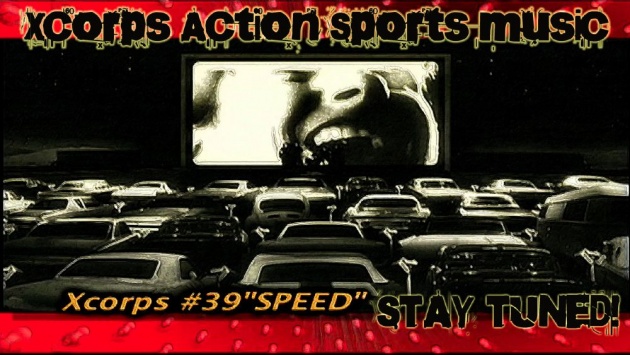 XC host Jason Lazo's new show theme song carries the action into segment one with Rat driving his mega coach on the salt and land speed record holder Mike Nish driving the Royal Purple streamliner car full tilt on the flats! After the break Rat checks out the salt track and heads for the starting line where high horse vehicles in all classes from top fuel dragsters to classic street muscle to modified trucks and street bikes lining up for take off!

See the full speed runs and hear the actual official times read over the radio sets. Suburban Noize band Dirtball rolls right with the action including a high speed out of control hood losing spin across the tricky salt crystal track. Check out a classic 1970 Plymouth Super Bird ready for takeoff and a '71 Camero doing a spin out at over 250MPH launching the car end over end into the desert air! Close ups of the wrecked rig here too! The next segment takes a look at what the street bikes can do and Rat talks to Richard Thomason owner of Danny Boy 2 - a modified airplane fuel drop tank- who talks about what it's like to drive all out! See his max speed in this unique speed class all overseen by the SCTA. 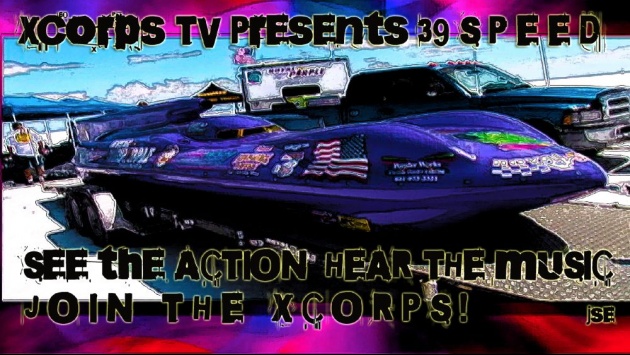 Sub NoiZe records band Mondo Generator jams the flats to a collage of motor cars from Buicks and Fords to rice rockets to turbine powered never imagined vehicles in all sizes and colors. Rat takes a looks at the fastest car of the week- the awesome Nish Motor sports Royal Purple streamliner ripping past the 370 MPH mark! All American custom engineered! Rat cruises the pits and talks to driver Mike Nish who talks about his speed runs. Insane shots here looking out the back of his car as well as a POV dash-cam showing how big his eyes get at these white knuckle speeds! It's all about adrenaline here on The Xcorps!

The action and music continue with a look at the semi truck class of speed demons. Watch a double diesel engine custom modified trailer-hauler take off and blast down the salt track at over 229 MPH! That's truckin! The show wraps with show host Rat Sult on the track with an un-authorized race of his own driving in the motor home class! See his full sized rig roll against a vintage South Wind coach at floor pedal speed! High octane smiles here for sure! That is the way TheXcorps rolls! Additional music by Daddy X, and The Xclan. Additional race footage provided by Mark Bruzeau and Nish Motorsports. See The Action Hear The Music Join The Xcorps!
TRT-22:00 Released to air 11/07 A JSE FILM
©2014 The Xcorps http://www.xcorpstv.com/