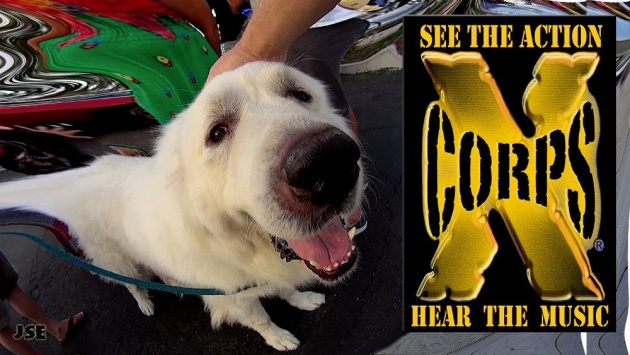 Xcorps cameras were rolling on this downtown Encinitas car culture event held on a beautiful August Summer evening featuring a wide variety of custom foreign and domestic rides from muscular 60’s and 70’s era American cars like a finely restored Plymouth Fury II, a mint high performance 1963 Chrysler Imperial with a MOPAR 413 V8 and such Cali appropriate eXotics as Ford and Chevy Woodies rides complete with surfboards on the roofs and a mix of T Bucket Hot rods and other NHRA track draggers! 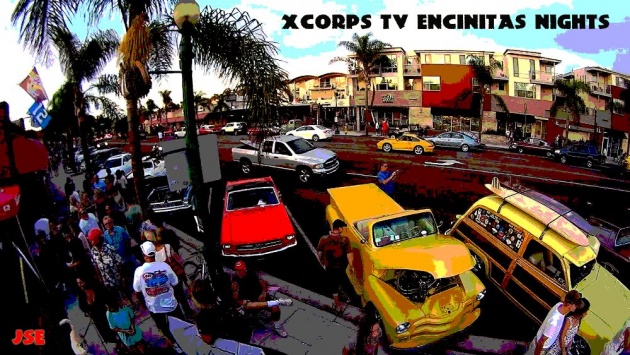 Classic Cruise Nights is organized and promoted by DEMA -- the Downtown Encinitas Mainstreet Association. This super fun casual and friendly motor gathering is held every 3rd Thursday evening from June through September attracting a large cross section of people who also come to enjoy the cars, live music and many restaurants along main street. The Southern California band CHUNK is featured in this film jamming the event live doing a set of classic rock covers including the Hendrix classic Voodoo Child and the iconic American road standard Route 66! 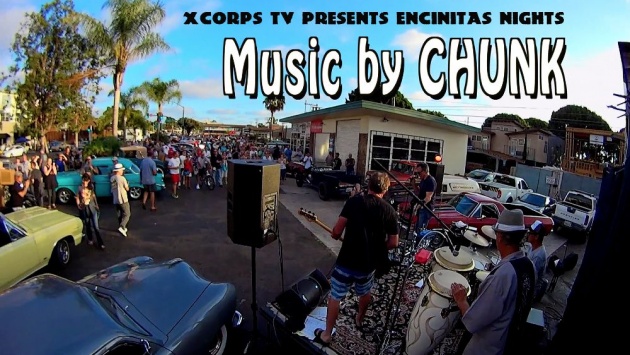 Check out the wild mix of cool rides parked along several blocks of downtown Encinitas coast highway 101 representing decades of classic cars. Great action here too with plenty of shots of cars cruising and revving the strip backed by rocking music from local band CHUNK 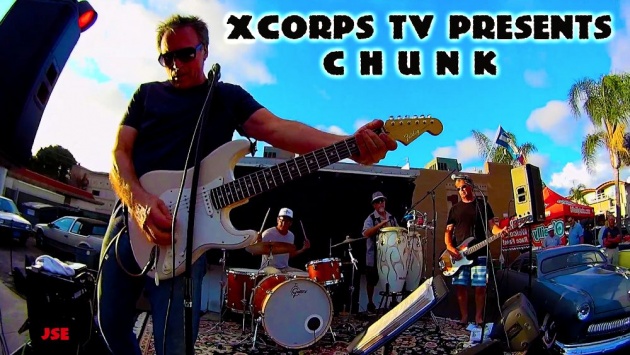 NO GO PROS were used in the filming of this film!