Yawn at G-8 –Where is Carla at Campfire? 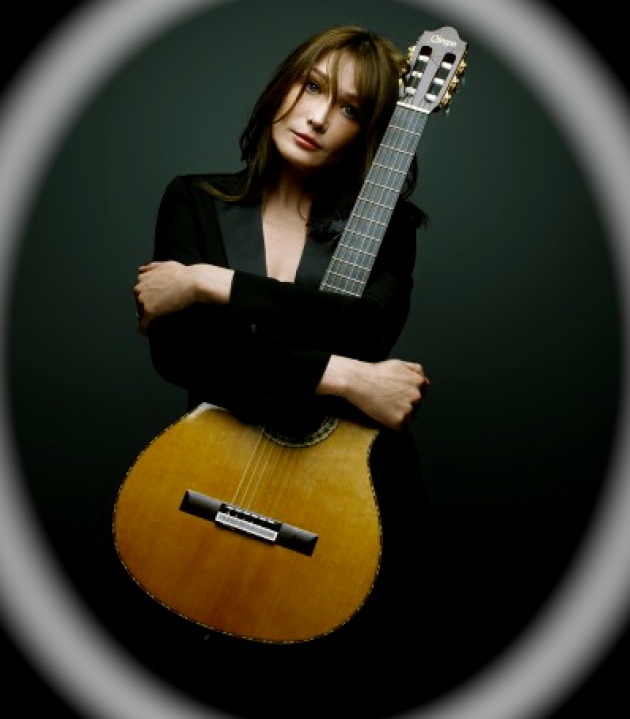 Carla Bruni is alone back home with her guitar and ex-President husband. Carla Bruni at Camp David to sing love songs around the campfire might have been a welcome pick-me-up for this uneventful, no, boring G-8 Summit? All of the leaders do not miss her husband Nicolas Sarkozy, well except Angela Merkel who had become very cozy with him politically as the other pillar of austerity. But Carla is a different story who could turn these mid-age crisis males into tone-deaf teenagers.

Carla’s absence would thus be a positive development for productivity at the G-8 except that on most key global issues this turns out to be a moot gathering:

---Iran, besides Russia’s veto, the nuclear negotiations will continue winding through a long set of talks;

---Afghanistan will be mostly left to NATO summit later this weekend in Chicago-Anyway, do not expect Obama to blink from his new timetable and projected image;

---Syria, all including Syria are happy to burry the conflict into the institutional framework of the Kofi Annan mission – it provides cover for all that something is being done without any having to take action or risk.

---US and UK will block any financial transaction tax, regardless of increasing need (on issues ranging from hunger to climate control) to rationale (see JPMorgan trading loss) –See our Blog for Video: "UN Experts Call for Financial Transaction Tax”-

The most concrete discussions will probably focus on the most immediate global threat-economic stagnation and even receding into financial crisis. It appears that Merkel and other austerity guardians are not prepared to really change course from the road that has not remedied but further driven the Eurozone fiscal but also employment , growth and deficit crisis. David Cameron has promoted a similar policy remedy as Merkel, but has only been more clever in both rhetoric and segregating the UK from the visible crisis. President Obama is finally becoming more resolute, although it is not yet evident whether he either has the will or means (in view of the Republican majority in the House) to decisively alter the US course toward stimulus.

It is evident that austerity has failed most of us while stimulus as applied in 2008, (in form of bailouts), only benefited a few. The American people, but also the globe needs a new deal, a message echoed by most not invited to the G-8. Read our Blog for Film: “UN: Banks as Masters-Globe Needs New Deal”. Carla would have been at least a distraction from the yawn that the current G-8 is! How uneventful is the G-8 – even the OWS (Occupy Wall Street) demonstrators will focus on the NATO summit in Chicago.