As I explain in my last post, we were shooting our new short film "MANZANAS AMARILLAS" a couple weeks ago and now we are in the postproduction process.

In this occasion I want to share with you the press that the Puerto Montt city newspaper gave us in all the process of pre-production and production. As Lisa Stock said in one of her blogs is really important to appear or at least be in touch with the press that could help you in the diffusion of your movie.

In our case we appeared four times in the month in the most important newspaper of the region, in it´s paper and on-line version.We manage the times we appear in different moments and with different purposes.

The first time was when we received the money that we won for the production, in this occasion many other projects appear, but we had more paragraphs talking about our short film. 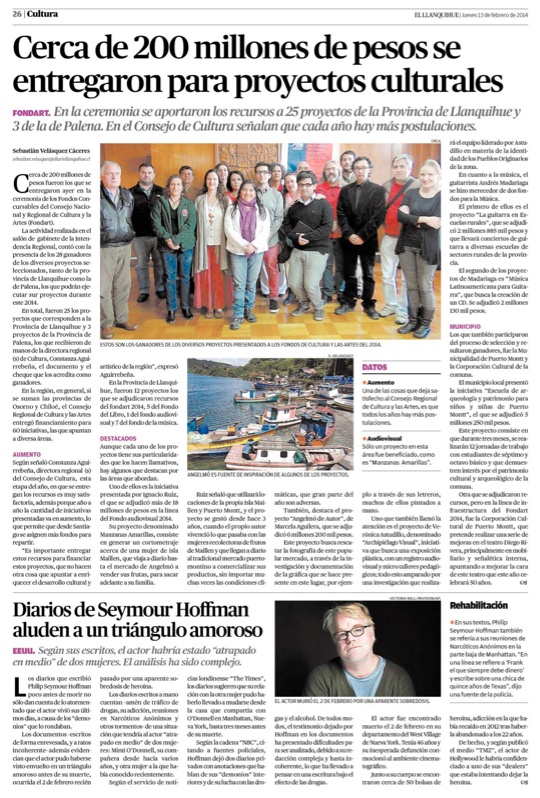 Then, we were looking for the local people for the secondary characters and we went to talk with the people of the newspaper. They published the called for the audition in the entertainment section on the weekend.

After the audition, we called the newspaper again and the published the results. Also they went to cover the moment of the audition and they took some pics.

That was very inspirational for the people that was making the audition and also they gave us all their support even in small characters or being extras. 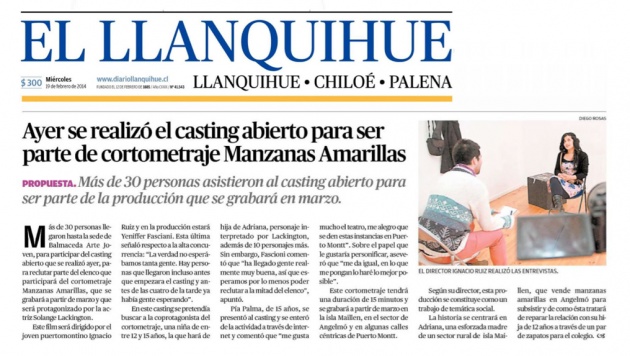 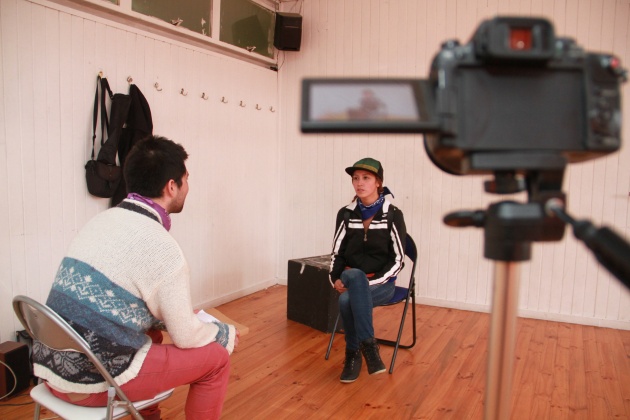 When we were shooting the people of the National Council of the Arts and Culture contact us to told us that the newspaper was preparing a note about the film productions that filmmakers were (and still are) preparing in the region.

In that occasion the journalist made me a personal interview and she also made other interviews with the other filmmakers, is important to say that some of them are really important directors here in Chile.

In that occasion the images of our short film appear in the main cover of the newspaper and inside we were in the cover of the weekend segment, in that segment we were in an entire column and with one image in the bottom of the page.

All this reviews created a collective conscience in the city and from that point  a lot of people started to help us and we got some sponsors for hotel and different services.

Also after the newspaper published some of this notes, we made an open called for extras to fill the municipal theater for one of the scenes. That time we use the channel a local internet news on facebook called "33 SEGUNDOS". They have more than 20.000 followers and with the people knowing about the short film and using that channel we got the help for that specific scene. 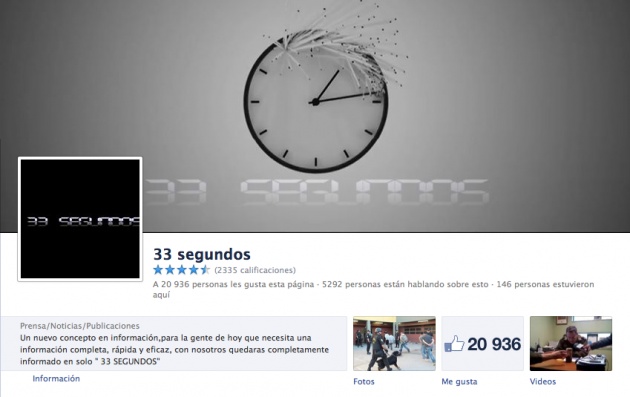 The local press and local media was really helpful in that process of the production and I´m so happy about the impact the caused in my region across all that month. Soon a will show you and told you more about how we got some sponsors for the production.

Best regards and thanks again for reading!!

Everyone has a story to tell. What is your story? says Fereshteh Forough of Women's Annex Foundation…

This is first of two articles on Metropolis Factory. Photo by Bruce M. Walker This is an interestin…