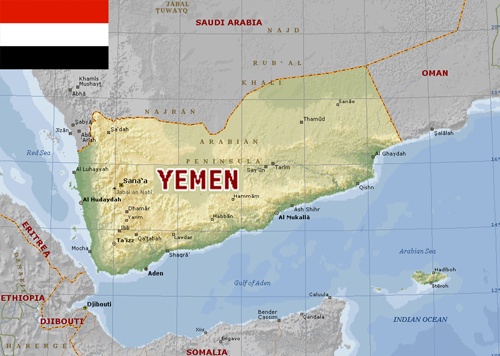 “...to remain committed to the political transition, constitutional order, to play a constructive role in the process and to reject violence’ is the essence of a UN Security Council Presidential Statement urged forward on basis of concern at recent worsening in cooperation among the political factors and growing risks to the transition process set into motion last year.  Yemen has continued to suffer from political upheaval, repression, violence and ever growing humanitarian challenges. See Our Blog for Film latest on Yemen from January 26, 2012http://diplomaticallyincorrect.org/films/blog_post/progress-opportunity-for-yemen-peaceful-political-transition-by-susan-sacirbey/44212.

Presidential elections last month were won by Abbed Rabbo Mansour al-Hadi, but this was to be only the beginning of the transition process. The Council, in a presidential statement, welcomed the “Yemen-led peaceful transition process to a just and democratic political system,” and noted the recent progress, including the 21 February polls that took place in a largely peaceful manner. The 15-member body noted that the second phase of the transition should focus on the holding of a national dialogue conference, restructuring of the security forces, tackling the unauthorized possession of weapons outside the State’s control, passing legislation on transitional justice, constitutional reform, electoral reform and the holding of general elections in 2014. The UN Security Council urged an inclusive process in preparation and conduction of the “national dialogue conference.”

Rising Al-Qaeda terror activity and a rapidly deteriorating humanitarian situation were also addressed. There is a growing humanitarian crisis in the country as 6.8 million people are experiencing food insecurity, with three million estimated in need of immediate assistance. Yemen also has the second highest rate of chronic malnutrition in children in the world, after Afghanistan. (From UN News Center Sources)