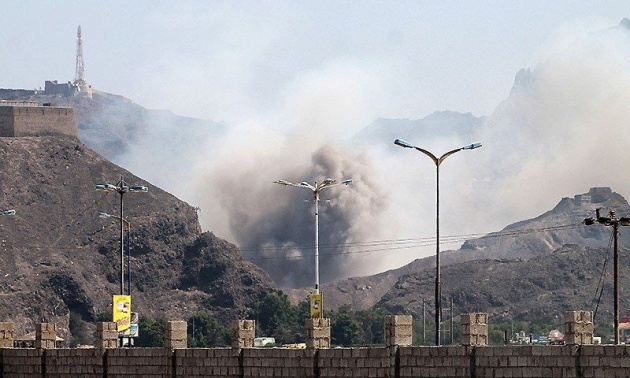 It has long been an unhappy feature of Pakistani foreign and national security policy that many of the more sensational revelations are left to foreigners to make. So it has been with this sudden and frenzied will-we/won’t-we speculation that Pakistan will send troops and other military resources to the Middle East — either to intervene inside Yemen on the side of the Saudi-led coalition or help defend the Saudi border from a possible invasion by the Houthi rebels in Yemen.

Bizarrely, it has been the Saudi news media — hardly known for their independence, especially in matters of regional policy — that has led with loud, insistent claims that Pakistan has agreed to make a military contribution to the Saudi-assembled coalition that has been aerially pounding the Houthis since last week and which may soon become a fully fledged land invasion.

Here in Pakistan, the government has seemingly tried to downplay the issue, without giving any clear indication of what is being discussed and why. Why the gap between the thinly veiled official Saudi claims and the watered-down government statements here?

Part of the reason could well be that the Saudi government, keen to have as broad a coalition as it can assemble in Yemen, is using public statements and media leaks to put pressure on Pakistan.

In times of crisis — and the Saudi monarchy appears to be either grimly determined or in a state of panic already — it is to be expected that every bit of leverage, public and private, will be used to achieve the ends that the Saudis are looking for in Yemen.

It could well be that private and very cautious Pakistani resistance to the idea of getting involved in Yemen, or even on Saudi soil, is being very publicly countered by the Saudi media campaign.

Whatever the truth, it is time for the Pakistani government to publicly and clearly set out what it is and is not willing to do in Yemen or on behalf of Saudi Arabia and on what terms and for which reasons.

In doing so, the government may also help dispel an unfortunate impression that has been created inside the country that the conflict in Yemen is essentially sectarian in nature. It is not. Allowing the misinformed notion of a sectarian conflict abroad to go unchallenged can be dangerous for stability here. As for troops: none for offensive purposes anywhere should be considered. Defensively, for clearly articulated and rational reasons, deployment could be considered — as a last resort, which the situation is nowhere near at the moment.