Yikes! 13 Most Insane Military Training Exercises Around The World

It is not easy being a soldier. When you think of military training, intense workouts, serious bashing and proper discipline come to mind. However, it actually takes a lot more! From jumping through fire rings to drinking cobra’s blood, these military training exercises are no less than torture.

13. German soldiers have to hold their breath underwater and learn to mount a gun.

This allows them to assemble their weapons calmly in a stressful environment.

In this exercise, trainees have to survive in the jungles of Thailand, learn to kill poisonous snakes, drink their blood, eat scorpions and rip the heads of the chickens with their bare teeth. Gross!

11. Maintaining your posture is a thing in the Philippines!

If the banana falls, the soldiers have to eat it along with the peel.

Because trust is important among the soldiers during combat.

9. U.S. Marine Scout Snipers are only allowed to take baths in rotten, stagnant ponds for a whole month!

In order to perfect the art of camouflage, they must blend in with nature. They must smell really bad!

8. The soldiers of Israeli Defense Forces jump from skyscrapers!

These ninja-like soldiers can easily take the plunge from tall buildings without a second thought!

7. Russian Special Forces require soldiers to shoot each other in the chest!

The Russian confidence training course requires trainees to shoot each other right in the chest! Although they wear bulletproof vests, some of the trainees get badly hurt. The purpose of the exercise is to remain calm in a stressful environment.

6. South Korean and Chinese soldiers have to break huge slabs of concrete with their heads!

This can give anyone a headache, but the soldiers happily break bamboo poles on their backs into two, and shatter bricks with their heads!

5. The Iran Basij militia do some serious martial-arts training that may involve fighting with knives!

You can only graduate if you win!

4. The members of Dutch Royal Guard of Honour have to ride their horses through thick and pungent plumes of smoke bombs.

Not only do they have to be calm themselves, but they also have to look out for their horses!

3. In Taiwan Marines, soldiers have to crawl on a ‘bed of rocks’.

2. People’s Liberation Army in China plays catch with a live grenade and jump through rings of fire.

In China, the soldiers of People’s Liberation Army have to play a ‘life and death’ game with a real grenade. The PLAC pulls out the pin, and the live explosive is passed from one soldier to another. The last soldier to catch it has to throw it in a hole before it explodes. Yikes. 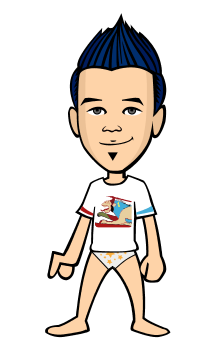