Yogurt and its Uses 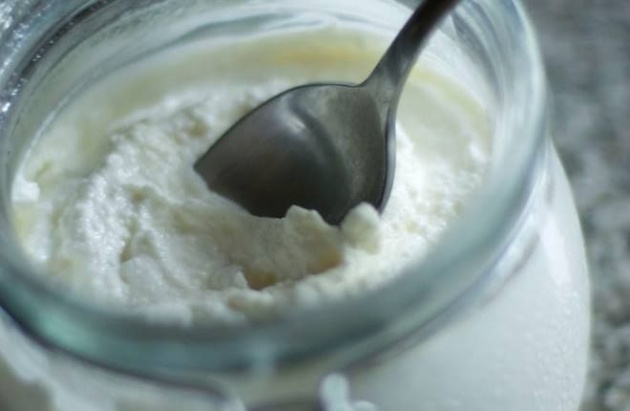 I'm back again and eager to share my thoughts on a delicious food topic. I was thinking to write about yogurt for a long time, and finally, I found some time to finish this blog.

The reason I chose this topic is that yogurt is traditional food in Bulgaria, and I believe there are some differences between our "real homemade" yogurt, and the one, produced for mass sale. When I was a child there wasn't such thing as plastic yogurt cups/containers sold in hypermarkets. Yogurt was available in glass jars which you return at your next purchase, and it was way better than it is now. At least, that's what I remember.

As a matter of fact, we don't actually use the word "yogurt" in my country; we call the product "sour milk" (that's a literal translation). Because for us, yogurt is just milk, which tastes a bit differently. 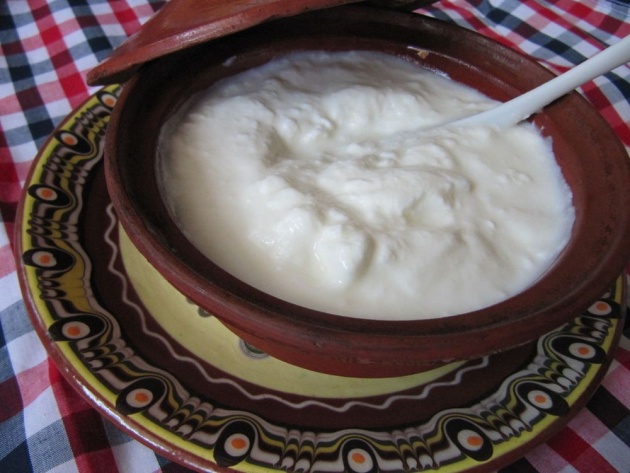 How is Yogurt produced?

Yogurt, yoghurt, or yoghourt (/ˈjoʊɡərt/ or /ˈjɒɡət/; from Turkish: yoğurt; other spellings listed below) is a food produced by bacterial fermentation of milk.

I think, most people know that yogurt is produced by milk. To form the consistency and taste of yogurt, milk needs to go through a process called fermentation. What that means in simple words is that certain types of bacteria cause a chemical reaction which leads to changes in the density and composition of milk. And that happens after heating to a certain temperature. In my childhood, I remember we used towels or just placed the milk in the oven for a few hours. And I get so nostalgic when I remember those times. Because now very few people are still making yogurt given that they can buy it cheap in the supermarkets. Yogurt can be made with regular milk and a spoon of homemade yogurt. The issue comes when there is no available homemade yogurt to use as a base. It's true that it's possible to make yogurt out of products from the shops, but it will not be as original and authentic as it should be. I know, because I've tried that. :)

Several bacteria are used for the production of yogurt. And many different procedures take place, different bacteria for different countries, etc. The one we use in my country is called Lactobacillus Bulgaricus and was isolated by the Bulgarian doctor Stamen Grigorov in the beginning of last century. This is actually a registered invention and that bacterium is now widely used for making Bulgarian yogurt. It is also one of the unique inventions Bulgaria is famous for, and the bacterium is named after our country.

Even though most of our yogurt contain Lactobacillus Bulgaricus, for me, there is nothing better than the homemade product. A fact is that yogurt sold in stores contains conservation substances and other additions, which help for preserving the product for a longer period. Unfortunately, besides keeping the product fresh, they also ruin the original taste and usefulness. 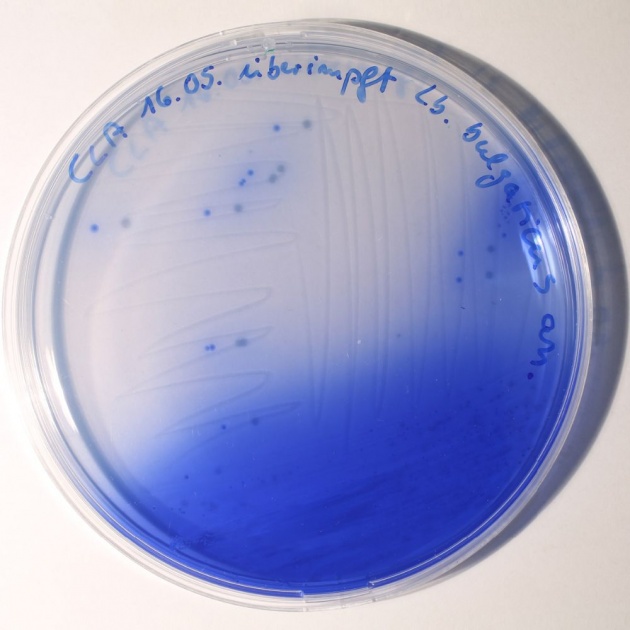 We have a very limited import of yogurt. It's actually unusual to see Greek or other countries' products on our market since we have plenty of producers. In fact, the variety is so huge that I usually get lost in the shops full of diverse brands, types, and different amounts of fat. One very popular and widely advertised type of yogurt contains less fat (only 0.5%), which could be used as a meal in diets for losing weight. The fat percentage determines the thickness; the most common products have around 2% - 3.6% fat. Many of the Bulgarian milk-producing companies promote their products as traditional and closest to the original recipe.

The differences between these two products are numerous. I'll include the main ones:

1.  Homemade yogurt always has a decent amount of water, which increases over time. Many of the products offered in the shops contain substances which prevent the water from being extracted.

2.  Pre-packaged products have a longer expiration period, due to the stabilizers and emulsifiers included in their ingredients.

3.  Homemade yogurt doesn't contain any starch, as opposed to some of the yogurt products in the supermarkets.

The existence of water or starch in a product can be easily verified. Water is naturally pulled off an open package if it is available. Starch can be detected by mixing part of the yogurt with iodine. A positive reaction is when the color of the mixture turns blue or purple - it means that plenty of starch is contained. The homemade or "real" yogurt turns its color to yellow/brown on such test. Why these colors - only chemistry can explain but I won't go into detail. 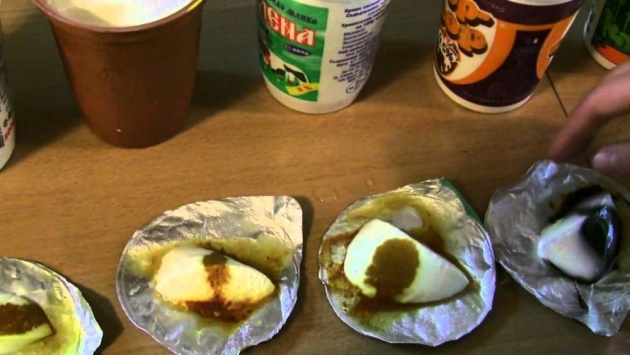 It is logical for yogurt to expire quickly because of the bacteria contained in it. However, if it has some additions, it is completely possible that yogurt doesn't even change its visual look over time. And this is dangerous because those substances can break the natural processes which usually happen with food, thus can have a negative impact on human health. 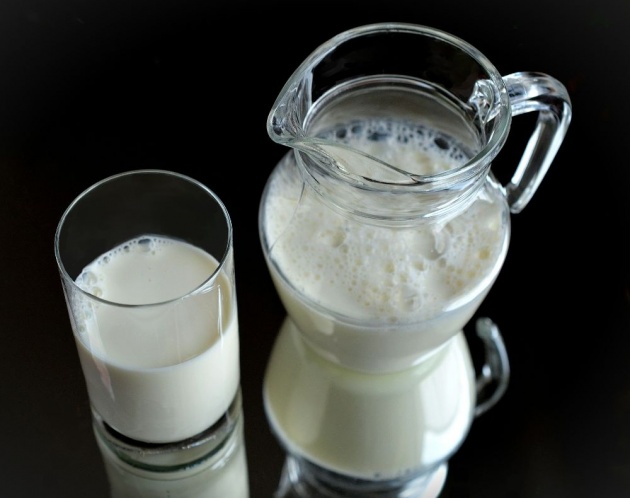 According to the recommendations most nutritionists give, yogurt is much healthier than milk. The main reason is again those bacteria I'm mentioning all the time. Milk contains lactose, which is a very specific compound that is not suitable for everybody.

A disaccharide sugar C₁₂H₂₂O₁₁ that is present in milk and yields glucose and galactose upon hydrolysis and yields especially lactic acid upon fermentation.

People who suffer from lactose intolerance experience difficulties consuming milk, however, that's not the case with yogurt. Milk needs approximately 24 hours to go through the entire digestive system of a human, whereas yogurt is absorbed for around two hours. The reason behind it is that lactose takes plenty of time to be broken down into pieces and then fully absorbed by our blood system. In yogurt, this issue is eliminated because lactose is modified during the fermentation process and turned into lactic acid. That acid is far easier to be broken down and assimilated by our organisms.

–  Yogurt slows down aging and helps regeneration of the skin. It affects the body inside and outside.

–  As a protein-rich food, it provides a large amount of the necessary daily protein doses. It depends on the yogurt, of course, but a common percentage of protein in yogurt is 3-4%.

–  Yogurt is applied in cosmetics for various beauty procedures and relaxation.

–  As an acidic food, it can be combined with most fruit, meals, etc. It is a well-known product, often included in diets and nutritional plans for losing weight and/or illness recovery.

–  Yogurt is known to be helpful for sunburn relief, due to its cooling effect. When applied to the skin it absorbs the heat and returns freshness.

Sheep yogurt is less popular in my country because of two main reasons. The first one is that the amount produced is limited compared to cow yogurt. And second, because in the last years we were slowly integrating the European rules in our country. There is one certain directive which is concerned about the health impact of sheep yogurt on humans. Nevertheless, sheep yogurt is still available at some stores and produced by locals in the villages. For me, it is very specific and delicious; I would always recognize this type of yogurt even if it's not written anywhere on the package. We also have buffalo yogurt and goat yogurt but these are all rare and difficult to find because not many companies produce them. 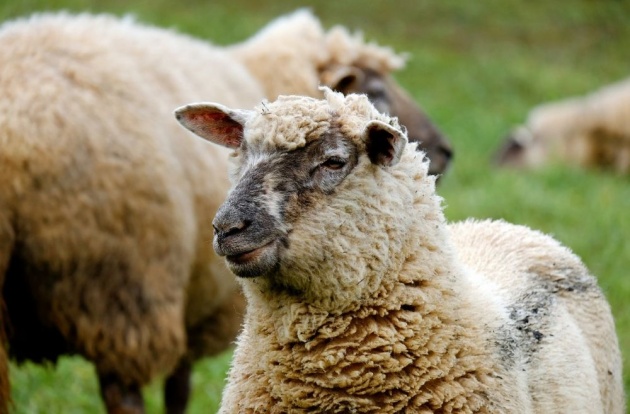 There are several types of this product and the name we use for those depends on the production process. We have strained yogurt, sour cream, katak, etc. Usually, they make it by "squeezing the water" out of the yogurt so that it becomes denser. This process raises the amount of fat in the yogurt, and a normal percentage is around 20%. I love sour cream; it has more calories, gives more energy, and has a very rich taste. It is also a product that many cooks use in their recipes for improving or changing the flavor of the meals. 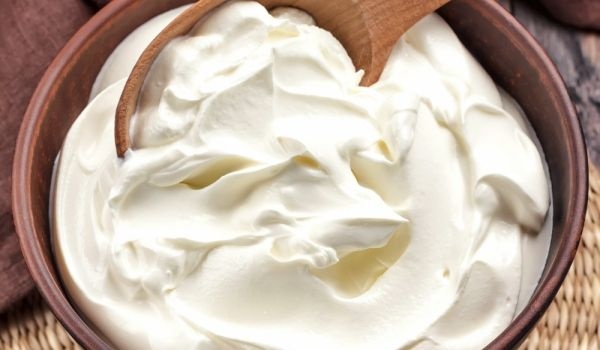 I will also mention two common ways of consuming yogurt for my country. The first one is called Tarator, which is a cold meal made with yogurt, cucumbers, garlic and dill. It's especially consumed in summer and is considered as an appetizer or a cold soup. 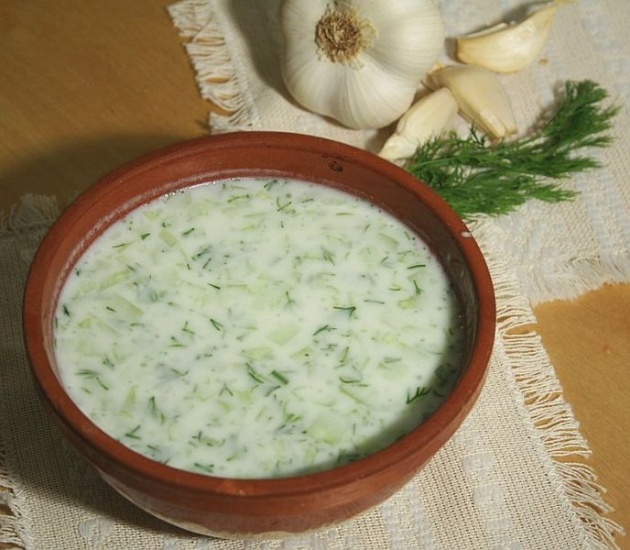 The second one is Ayran, which is yogurt mixed with water and salt. That's actually a cold drink, and its origin is not Bulgarian but is offered in most restaurants. Dairy companies also produce packaged ayran, which is then sold by supermarkets. 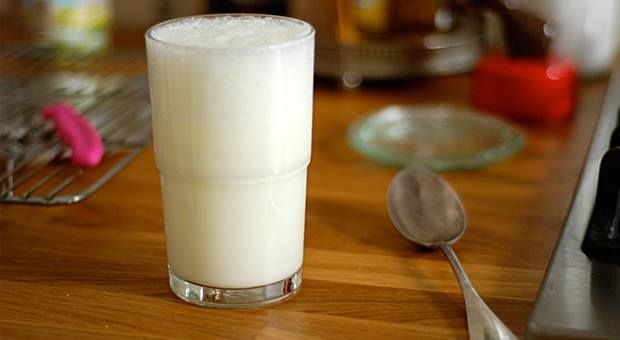 Yogurt is a food with multiple applications, and shouldn't be underestimated. It is a highly valued product not only for its taste but also for its nutrients.

That's all for now. Thanks for reading!

5 Benefits of a Yogurt Face Mask for Gorgeous, Glowing Skin

So whats for breakfast? Decisions. Decisions. Hmmm, oatmeal or yogurt? Both will give your body heal…

Before each meal drink a glass of water and you will eat less! This info is from websitehttp://lifeh…

Caring for Your Skin Beauty Dates

Dates, other than beneficial to restore your energy after fasting for nearly 14 hours, can also be u…

Yogurt I like very much because it is very beneficial for health Yogurt eating the skin is dry , …

How do sticky delicious yogurt bewitching