Zeyrek Mosque (full name in Turkish: Molla Zeyrek Camii), is a mosque in Istanbul, made of two former Eastern Orthodox churches and a chapel. It represents the most typical example of architecture of the Byzantine middle period in Constantinople and is, after Hagia Sophia, the second largest religious edifice built by the Byzantines remaining in Istanbul.

The complex is placed in Fazilet Sokağı, in the district of Fatih, in a popular neighborhood which got its name (Zeyrek) from the Mosque, and less than one km to the southeast of Eski Imaret Mosque. It is picturesque but (as of 2007) decayed and dangerous in the night hours. 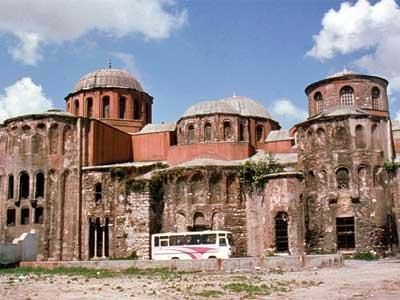 Between 1118 and 1124 Byzantine Empress Eirene Komnena built a monastery on this site dedicated to Christ Pantokrator.The monastery consisted of a main church (which became the Katholikon of the monastery) also dedicated to the Pantokrator, a library and a hospital. 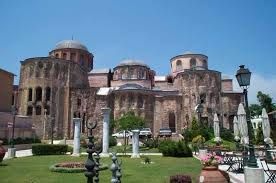 After the death of his wife, shortly after 1124, Emperor John II Komnenos built another church to the north of the first dedicated to the Theotokos Eleousa ("the merciful"). This church was open to the population and served by a lay clergy.Finally (the terminus ante quem is 1136 ) a south courtyard and an exonarthex were added to the complex, and the two shrines were connected with a chapel (dedicated to Saint Michael ), which became the imperial mausoleum (heroon) of the Komnenos and Palaiologos dynasties.Besides many Byzantine dignitaries, Emperor John II and his wife Eirene, Empress Bertha of Sulzbach (also known as Eirene, and wife of Manuel I Komnenos), and Emperor John V Palaiologos were buried here. 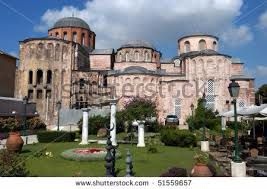 During the Latin domination after the Fourth Crusade, the complex was the see of theVenetian clergy, and the icon of the Theotokos Hodegetria was housed here.The monastery was also used as an imperial palace by the last Latin Emperor, Baldwin. After the Palaiologan restoration the monastery was used again by Orthodox monks. The most famous among them was Gennadius II Scholarius, who left the Pantokrator to become the first Patriarch of Constantinople after the Islamic conquest of the city. 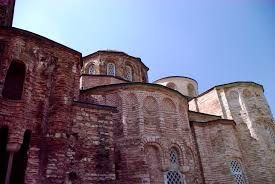 Shortly after the Fall of Constantinople the building was converted into a mosque, and the monastery was converted for a while into a Medrese. The Ottomans named it after Molla Zeyrek, a scholar who was teaching there. However, due to its importance in Byzantine history, Zeyrek was one among the few buildings of Istanbul whose ancient denomination was never forgotten. Among others, the church of Pantokrator is remembered by Pierre Gilles in his classic work about Constantinople, written in the sixteenth century. After the completion of the Medreses in the Fatih complex in 1471, the students abandoned Zeyrek, and the rooms of the monastery occupied by the Medrese vanished later. 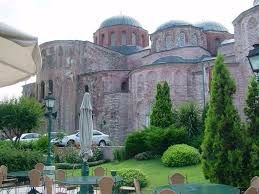 Until a few years ago, the edifice was in a desolate state, and as a result it was added to the UNESCO watchlist of endangered monuments. During the recent years it underwent extensive (albeit still unfinished) restoration.

Today Zeyrek Mosque is - after Hagia Sophia - the second largest extant religious edifice built by the Byzantines in Istanbul.

To the East lies the Ottoman Konak (Zeyrek Hane), which has also been restored and is now open as a restaurant and tea garden. 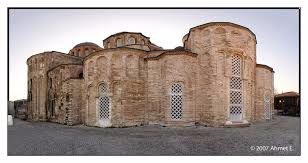 The masonry has been partly built adopting the technique of the recessed brick, typical of the Byzantine architecture of the middle period. In this technique, alternate courses of bricks are mounted behind the line of the wall, and are plunged in a mortar's bed. Due to that, the thickness of the mortar layers is about three times greater than that of the bricks layers.

The south and the north church are both cross domed with polygonal apses having seven sides, and not five as was typical in the Byzantine architecture of the previous century. The apses have also triple lancet windows flanked by niches.

The southern church is the largest. To the East it has an esonarthex, which later was extended up to the imperial chapel. The church is surmounted by two domes, one over thenaos and the other over the matroneum (a separate upper gallery for women) of thenarthex. The decoration of this church, which was very rich, disappeared almost completely, except for some fragments of marble in the presbyterium and, above all, a beautiful floor in opus sectile made with colored marbles worked in cloisonné technique, where human and animal figures are represented.Moreover, fragments of colored glass suggest that the windows of this church were once made of stained glass bearing figures of Saints.The mosaics of the interior, representing the apostles and the life of Christ, were still visible - although defaced - in the 18th century.

The imperial chapel is covered by barrel vaults and is surmounted by two domes too.

The north church has only one dome, and is notable for its frieze, carved with a dog's tooth and triangle motif running along the eaves line.

Close to the Mosque is placed the small Şeyh Süleyman Mescidi, a small byzantine building belonging also to the Pantokrator Monastery.

As a whole, this complex represents the most typical example of architecture of the Byzantine middle period in Constantinople. 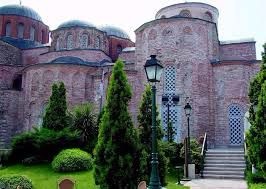 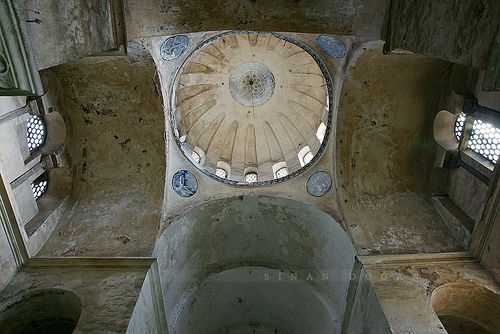 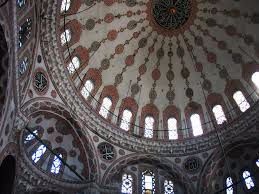 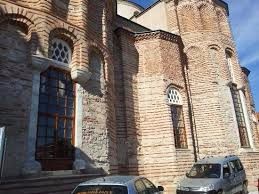 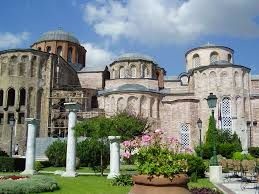 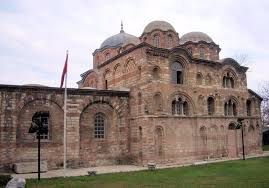 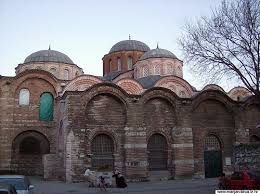