10 Most Beautiful Women in Sports

10 Most Beautiful Women in Sports

This is my personal selection of top 10 most beautiful women in sports. Take this as you may, but I’m extremely excited about this and it should be a great list.

The Danish professional tennis player Caroline Wozniacki is at No. 10 in our list of most beautiful women in sports. Wozniacki who was born on 11 July 1990 in Poland, is the former World No. 1 on the WTA Tour, As of 23 January 2012 and held this position for 67 weeks. She was the first Scandinavian woman to hold the top ranking position and 20th overall.

Anastasia Luppova is a Russian billiards player, the two-time European champion in Russian pyramid, the champion of Moscow in dynamic pyramid and Master of Sports. Luppova also won the 2009 Miss Billiards competition. She went on to become a coach. She was born on 26 June 1985.

Michelle Wie was born in Honolulu, Hawaii, the only child of immigrant parents from South Korea who came to the United States in the 1980s. She is an American professional golfer who plays on the LPGA Tour. At age 10, she became the youngest player to qualify for a USGA amateur championship. Wie also became the youngest winner of the U.S. Women’s Amateur Public Links and the youngest to qualify for a LPGA Tour event. >> 10 Most Stylish Female Athletes of All Time.

Rebecca Lynn Becky Hammon is a professional basketball player currently under contract with the San Antonio Silver Stars of the WNBA. Hammon, who was born and grew up in the United States, became a naturalized Russian citizen in 2008, and represented the Russian national team in the 2008 & 2012 Olympics.

The sixth most beautiful sports woman in our list is an Australian professional golfer and model Anna Rawson. She was born in Adelaide, Australia on 5 August 1981. She got her break into a modeling career at age 16, when she was a finalist in the Australian “Dolly” Magazine cover contest. In 1999 she start her career as an amateur golfer in Australia. She was the leading qualifier for the 1999 and 2000 Australian Amateur Championship and was a member of the 1999 Australian National Squad. She played on the Ladies European Tour and the LPGA Tour. >> Top 10 Desirable Women In Sports.

Serbian tennis player, Ana Ivanovic ranked No. 5 in our list. Competing as a professional since 2003, she has won 12 WTA Tour singles titles, including one Grand Slam singles title. As of 2013, Ivanovic has career earnings of over 10.7 million US$. In June 2011, she was named one of the “30 Legends of Women’s Tennis: Past, Present and Future” by Time,[10] and was also included on the list of Top 100 Greatest Players Ever (male and female combined) by reporter Matthew Cronin. As of January 13, 2014, she is no. 14 in the Women’s Tennis Association (WTA) rankings for singles. >> Top 10 Hottest Female Tennis Players of All Time.

Born on December 3, 1987, in Boston, Massachusetts, Alicia Sacramone is a retired American artistic gymnast. She began studying dance at the age of five and started training gymnastics three years later, at age eight, in 1996. She started competing in the elite ranks in 2002 and joined the U.S. national team in 2003. From 2004 to 2010, she won total of nine gold medals overall, joining Shannon Miller and Nastia Liukin as the U.S. athletes with the most medals at the gymnastics. >> 10 Hottest Female American Athletes of All Time.

American soccer player and Olympic gold medalist ranked the third in most beautiful women in sports. She was born on July 2, 1989, in Diamond Bar, California. She is a striker for National Women’s Soccer League club Portland Thorns FC and the U.S. Women’s National Team. She was drafted number one overall in the 2011 WPS Draft by the Western New York Flash where she made her professional debut. She was subsequently named U.S. Soccer Female Athlete of the Year 2012 and was a FIFA World Player of the year 2012 finalist.

Born on March 5, 1990, in Kauai, Hawaii, United States, Alana Blanchard spot second in our list of most beautiful women in sports. She is an American professional surfer and occasional bikini model. She currently has her own show, Surfer Girl, by Network A, which follows her life in Kauai as a professional surfer and model. >> Top 10 Hottest Women Figure Skaters.

“My favorite things about being an Octagon Girl are the traveling and the fans”
UFC Ring Girl Brittney Palmer top the list of most beautiful women in sports. She is arguably the top ring girl in the UFC history. She is insanely hot and was named the hottest woman in MMA all time.

Brittney Palmer – An accomplished artist, spokes model, host, and dancer was born on June 24, 1987, in San Diego, California, one of the greatest cities in America. She is a modern-day Renaissance Woman, prior to becoming a ring girl, she was a dancer at a club on the strip in Vegas. A six-year veteran of the entertainment industry, Brittney’s always been driven by her passion to immerse herself in art, whether it’s the art of painting, music, dancing, or jiu jitsu. As a featured personality for the past few years, this Ultimate Fighting Championship Octagon Girl is woven into the fabric of the mixed martial arts world. With over 100 million worldwide viewers for each event, Brittney is cage-side, preparing to balance the beasts with her beauty as she readies everyone for the next round of action. 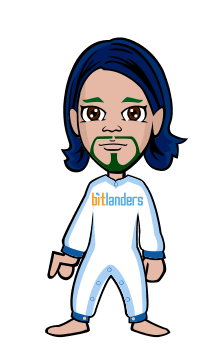