RACE 1:
A full field of 2yos down the straight won’t be an easy task to pick. A no bet race for mine, there are plenty of better ones throughout the day. 10. ANTELUCAN (NR) from the O’Shea team looked pretty handy winning a Flemington jump out on October 17 and drawing around the middle will allow her to go either way. 1. MIHALIC (NR) has the score on the board from a solid debut win in the Maribyrnong Trial a month ago and she can’t be faulted. She did everything right there so must be respected. 15. THURLOW (NR) performed very well behind Fontiton in a trial at Cranbourne a couple of weeks back. She wasn’t let down yet was only beaten a couple of lengths. We all saw what Fontiton did on Cox Plate Day. 17. HAYBAH (NR) has had a jump out at Flemington and she performed pretty well in it. Stable is producing plenty of winners and she’s a well bred filly worth keeping safe.

RACE 2:
1. GIRL IN FLIGHT (89) was first emergency and didn’t make the field for the Myer Classic on Saturday where I thought she had an excellent chance. She’s back to an open mares race from taking on the likes of Sweet Idea and company in the Tristarc where she performed very well, hitting the line late. She has top weight but only 4kg over the limit means she’s pretty well treated. Very hard to beat. 6. DIG A PONY (80) should be at her peak now after three runs back and coming back in class after a solid effort in the G3 event during Caulfield Cup week. She was outstanding at Flemington during the winter and on the limit weight and out to 1700m here she has to be very competitive. 7. KHUTULUN (80) made up for an unlucky fourth at Cranbourne with a narrow but solid win at Ballarat a week and a bit ago. She might have been stopping a bit near the line but she’s not overly big and had 59.5kg so the drop in weight is in her favour. Each-way chance. 13. ENTERTAINS (73) is racing in super form in Sydney this time in and while she’s up in class it’s probably the right time to have a crack also on the limit. Yet to finish worse than fourth in her career so she’s some hope. 5. PRECIOUS GEM (81) is in the mix as well as she’s racing consistently without winning and no surprise if 2. ZOOMANIA (88) shows up, she’s done nothing wrong in two starts for Tony Gollan.

RACE 3:
I love this race, each year it is always interesting. 11. DON DOREMO (74) is an up and coming stayer who did an amazing job when winning at Geelong on Cup Day over 2400m. He worked pretty hard in the run and was there to be run down but kept going and was the superior stayer. Looks right up to this and is a good chance. 7. AGGREGATOR (78) comes through the same race and he was set a bit of a task taking off a long way out and racing wide for the second half of the event. He’s a one pacer and he did run very well second-up at Caulfield. Back in February he chased Big Memory home in the Night Cup at the Valley so if he finds that form he has claims. 20. BACK TO ABELINE (64) hit the line pretty well late at Bendigo two starts back then went into the Bart Cummings and battled on without looking like winning. Decent drop in class here and it wouldn’t surprise if he snuck into the placings here at each-way odds. 8. ANUDJAWUN (76) ran third in the Bart but wasn’t a factor in the Moonee Valley Cup last time out. He’s a limited horse with only two wins in 46 starts but he usually runs on in his races and he won’t have an issue with the trip. 5. GRAND MARSHAL (85) scraped in at Rosehill a bit over a week ago and if he handles the step up in distance he could show up. Has to be some question about that though on what he’s done in Australia. 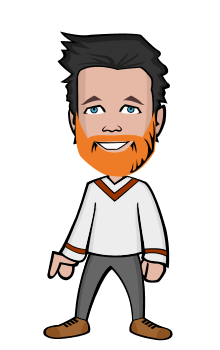