4 stores can change you're thinking

Let me distract you for a moment and tell you four short stories.

These are old stories – familiar stories.  The people and the circumstances differ slightly for everyone who tells them, but the core lessons remain the same.

Story #1:  All the Difference in The World
Every Sunday morning I take a light jog around a park near my home.  There’s a lake located in one corner of the park.  Each time I jog by this lake, I see the same elderly woman sitting at the water’s edge with a small metal cage sitting beside her.

This past Sunday my curiosity got the best of me, so I stopped jogging and walked over to her.  As I got closer, I realized that the metal cage was in fact a small trap.  There were three turtles, unharmed, slowly walking around the base of the trap.  She had a fourth turtle in her lap that she was carefully scrubbing with a spongy brush.

“Hello,” I said.  “I see you here every Sunday morning.  If you don’t mind my nosiness, I’d love to know what you’re doing with these turtles.”

She smiled.  “I’m cleaning off their shells,” she replied.  “Anything on a turtle’s shell, like algae or scum, reduces the turtle’s ability to absorb heat and impedes its ability to swim.  It can also corrode and weaken the shell over time.”

“Wow!  That’s really nice of you!” I exclaimed.

She went on: “I spend a couple of hours each Sunday morning, relaxing by this lake and helping these little guys out.  It’s my own strange way of making a difference.”

“But don’t most freshwater turtles live their whole lives with algae and scum hanging from their shells?” I asked.

I scratched my head.  “Well then, don’t you think your time could be better spent?  I mean, I think your efforts are kind and all, but there are fresh water turtles living in lakes all around the world.  And 99% of these turtles don’t have kind people like you to help them clean off their shells.  So, no offense… but how exactly are your localized efforts here truly making a difference?”

The woman giggled aloud.  She then looked down at the turtle in her lap, scrubbed off the last piece of algae from its shell, and said, “Sweetie, if this little guy could talk, he’d tell you I just made all the difference in the world.”

The moral:  You can change the world – maybe not all at once, but one person, one animal, and one good deed at a time.  Wake up every morning and pretend like what you do makes a difference.  It does.  (Read 29 Gifts.)

Story #2:  The Weight of the Glass
Once upon a time a psychology professor walked around on a stage while teaching stress management principles to an auditorium filled with students.  As she raised a glass of water, everyone expected they’d be asked the typical “glass half empty or glass half full” question.  Instead, with a smile on her face, the professor asked, “How heavy is this glass of water I’m holding?”

Students shouted out answers ranging from eight ounces to a couple pounds.

As the class shook their heads in agreement, she continued, “Your stresses and worries in life are very much like this glass of water.  Think about them for a while and nothing happens.  Think about them a bit longer and you begin to ache a little.  Think about them all day long, and you will feel completely numb and paralyzed – incapable of doing anything else until you drop them.”

The moral:  It’s important to remember to let go of your stresses and worries.  No matter what happens during the day, as early in the evening as you can, put all your burdens down.  Don’t carry them through the night and into the next day with you.  If you still feel the weight of yesterday’s stress, it’s a strong sign that it’s time to put the glass down.  (Angel and I discuss this process of letting go in the Adversity and Self-Love chapters of 1,000 Little Things Happy, Successful People Do Differently.)

Story #3:  Shark Bait
During a research experiment a marine biologist placed a shark into a large holding tank and then released several small bait fish into the tank.

As you would expect, the shark quickly swam around the tank, attacked and ate the smaller fish.

The marine biologist then inserted a strong piece of clear fiberglass into the tank, creating two separate partitions. She then put the shark on one side of the fiberglass and a new set of bait fish on the other.

Again, the shark quickly attacked.  This time, however, the shark slammed into the fiberglass divider and bounced off.  Undeterred, the shark kept repeating this behavior every few minutes to no avail.  Meanwhile, the bait fish swam around unharmed in the second partition.  Eventually, about an hour into the experiment, the shark gave up.

This experiment was repeated several dozen times over the next few weeks.  Each time, the shark got less aggressive and made fewer attempts to attack the bait fish, until eventually the shark got tired of hitting the fiberglass divider and simply stopped attacking altogether.

The marine biologist then removed the fiberglass divider, but the shark didn’t attack.  The shark was trained to believe a barrier existed between it and the bait fish, so the bait fish swam wherever they wished, free from harm.

The moral:  Many of us, after experiencing setbacks and failures, emotionally give up and stop trying. Like the shark in the story, we believe that because we were unsuccessful in the past, we will always be unsuccessful. In other words, we continue to see a barrier in our heads, even when no ‘real’ barrier exists between where we are and where we want to go.  (Read The Road Less Traveled.)

Story #4:  Being and Breathing
One warm evening many years ago…

After spending nearly every waking minute with Angel for eight straight days, I knew that I had to tell her just one thing.  So late at night, just before she fell asleep, I whispered it in her ear.  She smiled – the kind of smile that makes me smile back –and she said, “When I’m seventy-five and I think about my life and what it was like to be young, I hope that I can remember this very moment.”

A few seconds later she closed her eyes and fell asleep.  The room was peaceful – almost silent.  All I could hear was the soft purr of her breathing.  I stayed awake thinking about the time we’d spent together and all the choices in our lives that made this moment possible.  And at some point, I realized that it didn’t matter what we’d done or where we’d gone.  Nor did the future hold any significance.

All that mattered was the serenity of the moment.

The moral:  We must not allow the clock, the calendar, and external pressures to rule our lives and blind us to the fact thateach individual moment of our lives is a beautiful mystery and a miracle – especially those moments we spend in the presence of a loved one.

Your turn…
How do you think differently today than you once did?  What life experience or realization brought on a significant change in your way of thinking?  Please leave a comment below and share your story with us. 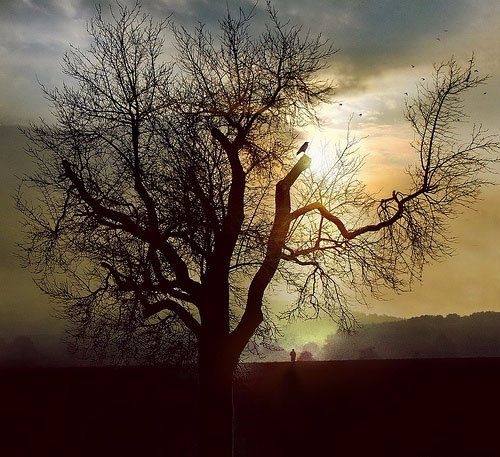 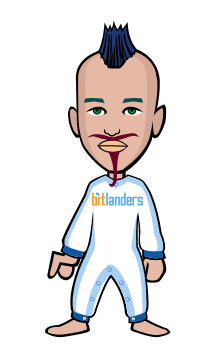