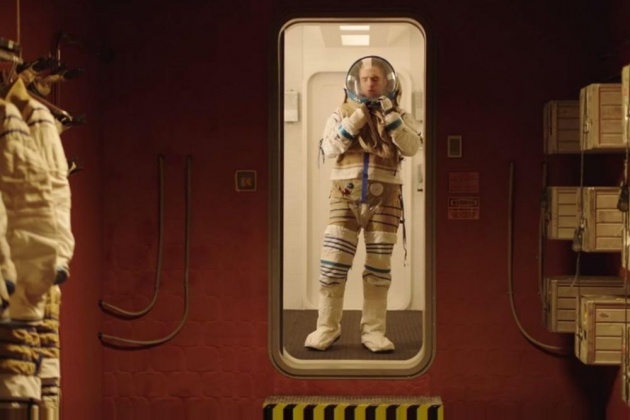 Pictured: Monte (Robert Pattinson) is space-suited and booted in the retro-science fiction film, 'High Life', directed by Claire Denis from a screenplay by Denis, Jean-Pol Fargeau, Geoff Cox and Nick Laird. Still courtesy of A24 (US), Thunderbird Releasing (UK)

High Life, French director Claire Denis’ first foray into English language storytelling, science fiction and, erm, Robert Pattinson, boasts in its credits a ‘cosmic companion’. I wonder exactly what this is and whether they have voting rights at the Cesars. The phrase suggests a star. Not a motion picture star - that would be Pattinson. The one that appears to shine down upon you from many light years away, guiding you even as in its own time zone it is already burnt out. No, that wouldn’t be Pattinson.

Denis is 73 years old and makes a science fiction film as if she hadn’t seen one for forty  – Silent Running and 2001: A Space Odyssey appear to be are influences, as does One Flew Over The Cuckoo’s Nest.  She offers us retro-science fiction; the future as imagined back in 1973. The space ship, simply identified as ‘7’, floats rather than rockets towards a trajectory. It resembles a cereal box, one with no free toy. I say that, but I really must mention the f-box, a compartment where the crew of the ship are pleasured sexually as if they were sitting on top of a giant electric toothbrush.

The film has ideas to burn and ignites them, jettisoning them like the stages of a rocket. It is recognisably an antidote to what passes for science fantasy in contemporary cinema. Rather than a space battle, it opens with an expression of love. Monte (Pattinson) is on the outside of the spaceship working. He has a speaker in his helmet that enables him to hear his baby daughter, Willow (Scarlett Lindsey) gurgling – star baby, don’t say I didn’t tell you. Inside the ship an old movie plays, something in black and white, as if by Carl Theodor Dreyer. The image stops and the baby bawls in astronaut Monte’s ear, so much so that he drops his wrench. Who said that in space, no one can hear you scream?

Monte returns to the ship, very much the doting father. He is also haunted by the past. There is a flashback to Earth, a green field, Monte as a young boy. We see a bloodied hand dropping something down a well. 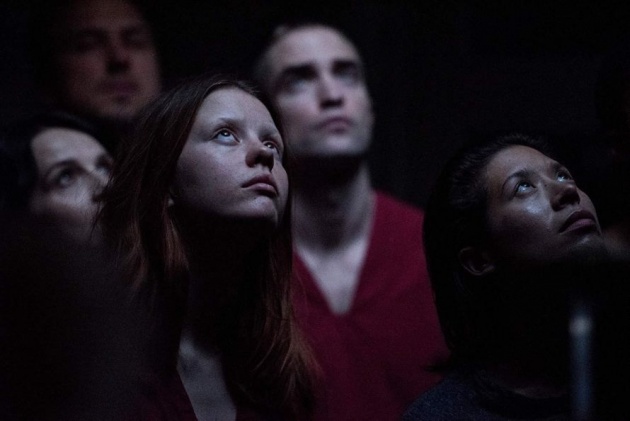 Pictured: The crew of '7' (including Mia Goth and Robert Pattinson) stare at the water feature in 'High Life' a retro-science fiction film directed by Claire Denis. Still courtesy of A24 (US), Thunderbird Releasing (UK)

Monte is a convicted criminal. He killed someone over a dog. As a result, Monte doesn’t use the f-box, or even the f-word. He considers himself a monk. The rest of the crew have also been judged guilty of some crime or other; I like to think of it as not reading the script.

By her own admission, Dibs (Juliette Binoche) is the biggest criminal of all. She attempts to create a baby by fertilising an egg outside of the womb, outside of a woman even, if something that looks like a toaster oven – they didn’t have microwave ovens in 1973. At one point, this involves drugging the rest of the crew and stealing semen from Monte, because you would, wouldn’t you?

I mention Silent Running because of the opening. There is water falling in the inside of the ship, on green bushes and such. An allotment in space – only a seventy-three year old might think of that. Monte tells his baby daughter that he doesn’t drink his urine – that would be a taboo. Taboo, taboo – Monte repeats the word, seduced by its sound. We wonder if in the film a taboo might be broken, but I don’t think the f-box counts.

What’s Andre Benjamin aka Andre 3000 doing in the film? Denis apparently is a fan. Tcherny (Benjamin) has a wife and child back on Earth and is on board thinking he is doing something useful. You think Dr Dibs takes his sperm? I guess, Denis considers that a taboo.

The spacesuits in the film aren’t like the ones you’d see on NASA astronauts. They look much more fragile. They aren’t meant to be convincing; the cast are playing dress up in a box as if the film set was a geek girl’s playhouse.

One of the criminals turns violent. Well, if all you had to watch was rugby – as happens here – you might go crazy as well. He hits several of the women, who lie in their beds restrained. Monte literally smashes the perpetrator’s face in. 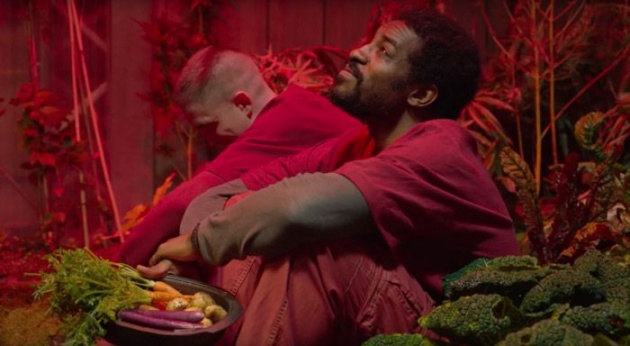 The film has moments of puzzling beauty. Much of the action is in flashback, but in an early scene we see Monte dress up a number of dead crew members in their space suits and push them out through the airlock. It is not an airlock as you might know it, more like a front door. They float downwards together, like slow-moving raindrops on a car windscreen. Then the title of the film appears.

We’re not sure if Monte drinks his own urine. He has water in various stages of filtration: dark water, white water, cloudy water. There is no alcohol in space. Each day, the crew have to justify their existence for the next twenty four hours, like the worst time card you’ve ever seen. I have to admit, this is a clever idea. As Monte speaks at a screen, his words are typed – like a self-powered teleprompter; a teleprompter in reverse.

Dibs is the film’s Nurse Ratched figure (from One Flew Over The Cuckoo’s Nest) and she gives the film its raison d’être: only in science fiction (or fantasy) can a woman be completely in charge. ‘You probably think I’m a witch,’ she says at one point. Dibs/Binoche has incredibly long hair. She caresses it; she loves her hair more than the f-box. We only see Dibs use the device. She rides it as if on a bucking bronco, having put a red condom on a phallus first. She holds on to some straps, unbuttons her doctor’s tunic and she is away. In space, no one can see her beam.

There is a black hole and the crew’s most skilled pilot flies into it and explodes inside her spacesuit. The crew is looking for a short cut. They want to get home in time for The Time Tunnel.

At one point, another ship, number six, docks next to number seven. I’d love to tell you what is inside. It is a really clever idea if you know anything about the history of space travel. By this time, Willow (Jessie Ross) is pre-pubescent; she has started menstruating. There’s nothing for it, says Monte, we’re heading for the black hole.

High Life is, as you have probably gathered, utterly bonkers. I can’t say I didn’t enjoy it. It is a series of random ideas. At one point, the crew all takes part in a drill. They are crawling on the floor of the spacecraft like actors taking part in an exercise, which I guess is what this is. There is music in space, but if there isn’t a budget for convincing sets, there sure isn’t one for song clearances.

What is the film about? Creation; existence; the suspension of moral judgment; whether one can live without sex? Arguably, Monte commits himself to a do-or-die course of action to prevent him from taboo behaviour. In space, you can take life in your own hands, in a way that you cannot on Earth. It’s about agency. 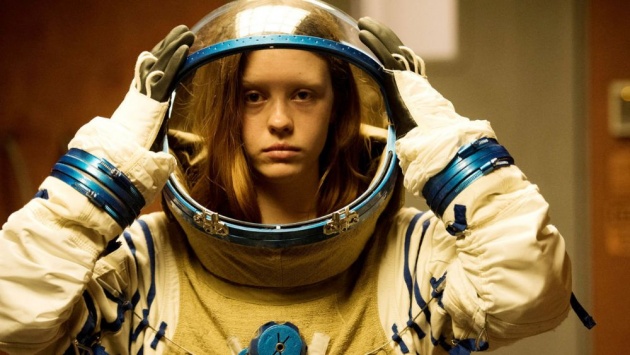