What's your favorite month of the year? I believe this depends on where you are situated and the culture as well but if you ask me, this month is what most Filipino children love. I had grown to also look forward to December, even look forward to it rather than January which is my birth month.

Why is it so? Well, for Filipino children, Christians in this matter, December is that time of the year where they receive lots of presents, there are a long vacation and even food.

So much memorable things occur during this month and it is every child's dream to have a good Noche Buena table. In line with that, I would like to share what are the specific things that I looked forward to for Christmas way back when I was little, a lot younger than today and perhaps what most Filipino kids also do the same.

It is not a myth that the Philippines has the longest Christmas celebration. It is a reality! The Christmas season starts as soon as the "ber" months start as well, that means by September, you'll hear Christmas songs playing over the radio, there are Christmas decorations across streets and there will be school projects all related to Christmas too for those who are studying either in public or private schools.

As a student, I always adore seeing huge star lanterns, those artificial poinsettias which I for sure love arranging and of course Christmas trees.

Back in school, we would always have projects to work and submit on before the Christmas break and there will be competition in terms of the best or even biggest lanterns submitted. I always enjoy making those and I am sure my classmates also do!

What happens during caroling is that a group of kids or even solo carolers would be knocking on random neighboring houses and would start singing Christmas songs. Some would do acapella while most would be bringing with them their makeshift percussions made out of flattened soda can caps.

Even until now, I can still remember those fun memories I have with friends and neighbors as we braced dusk until evening to sing our hearts out for some coins. 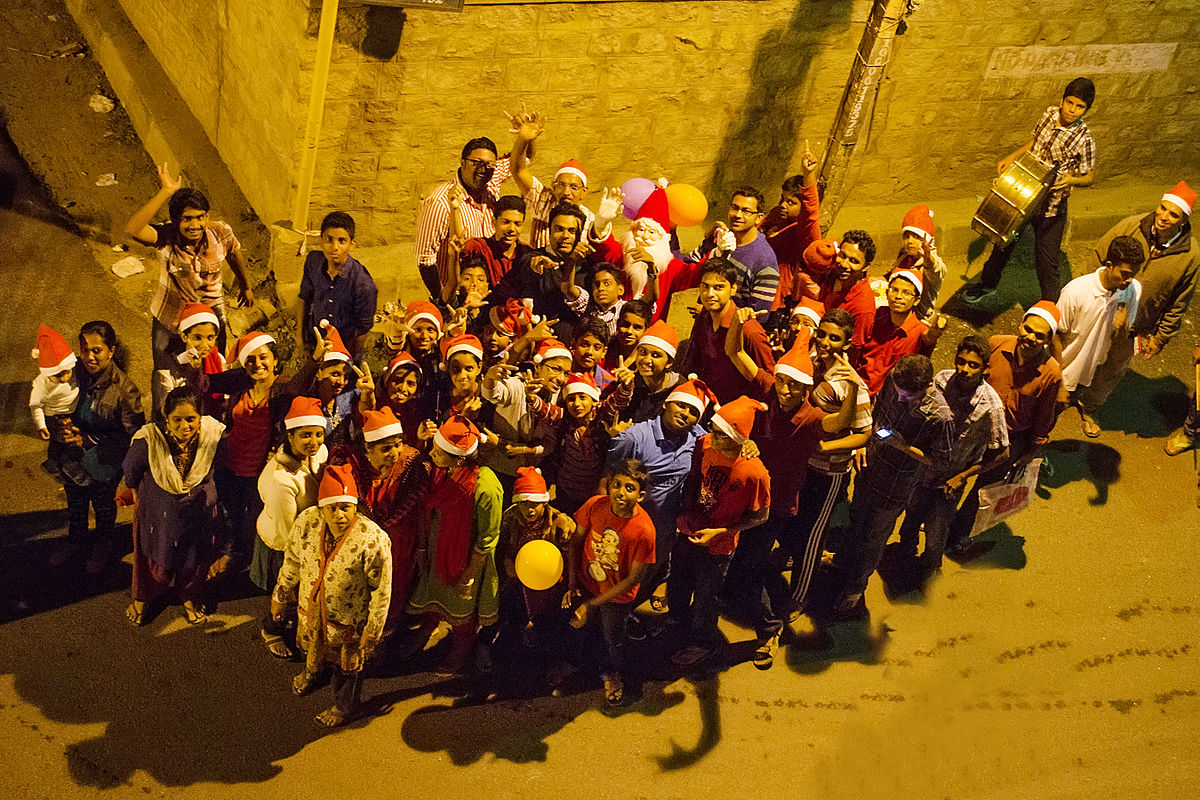 The trick here was to go to local official houses or classmate family houses, those who knew us would give more rather than those who don't and there are even more others who would not open their doors to kids but that's just part of it.

At the end of the night, we would be dividing our earnings among ourselves and we will have an additional allowance for the next day. What's so good about this tradition is that it doesn't happen in a day only but rather for a whole three to four months, sometimes it would even go as far as five.

Well, what's Christmas without parties? There will always be at least one party in the life of a Filipino kid given that he or she is studying.

Christmas school parties happen prior to breaking, as Christians, December 25 is announced as a national holiday and the day before that is a special nonworking holiday as well. So depending on the dates, Christmas parties at school commences.

What's so good about school parties? Well, there's a whole lot of fun, music, dancing, eating, games and merry making! All together with classmates and teachers! This is just one time of the year where teachers are also very noisy and very jolly! 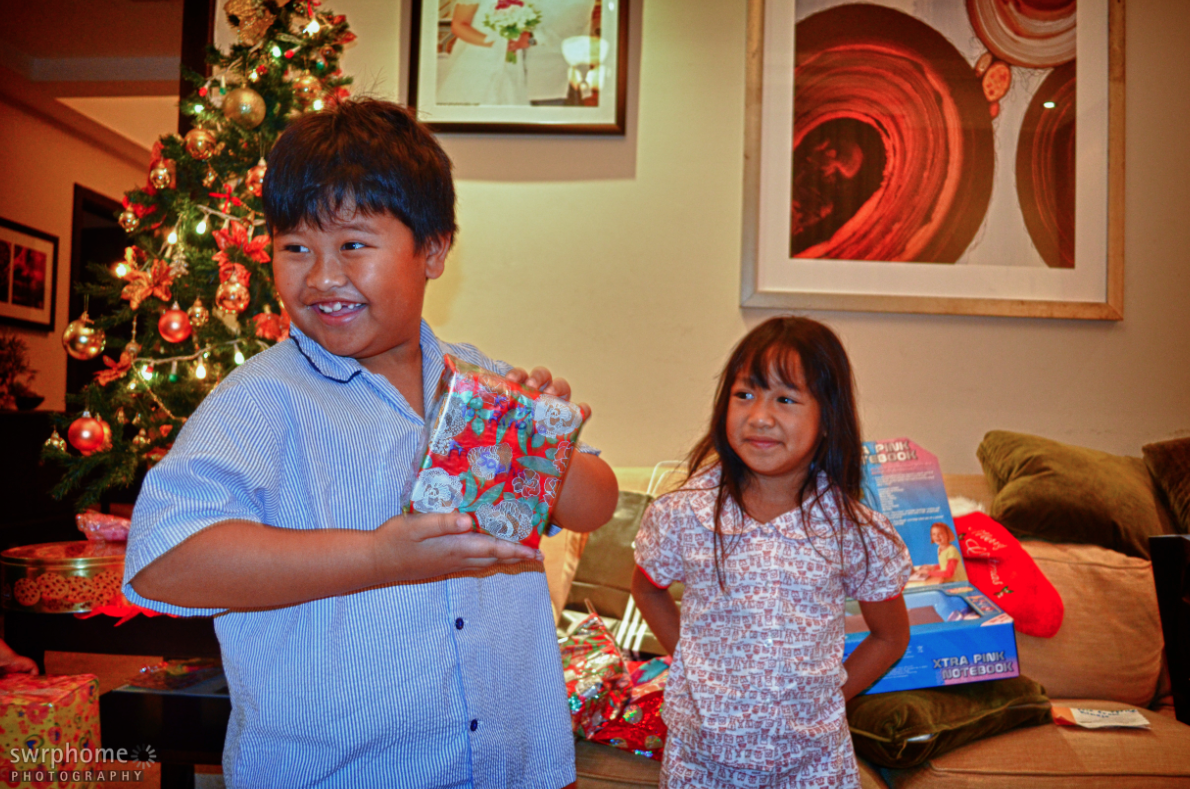 What's Christmas party without exchange gifts? So it is already given that during Christmas parties, the kids will prepare their gifts, there's always a minimum amount to prepare, most of the time, its just food but the fun of receiving a gift packed, mysterious and very exciting when on hand is irreplaceable so everyone from school will definitely make sure not to miss this day.

But aside from school exchange gifts, there are also other events within the Christmas season that the same activity is being done like family exchange gifts, church, community and even just between friends.

Here comes the best part but this is not going to be fair because not all kids have available godparents. But, since the majority has, let me share this with you.

Early in the morning on Christmas day, most kids would start their day early too together with their parents or grandparents toward the house of their respective godparents. As for my experience, we do the usual hello, how's life, you have grown a bit now, blessing and tons of eating. I guess I have gained a few kilos each time I visit a house and they'd be talking with my grandmother for hours while I sit there because I don't really know the people around but I just have to go with it because the gift was what I was aiming for.

After all the talking and catching up, it was time to say goodbye, my godfather would usually give my "aguinaldo" or gift at the end. Most of the time, they'd give me money, sometimes a godmother would give me dresses, shirts and other girly stuff which I still gladly accept.

6. Food and Desserts on Noche Buena 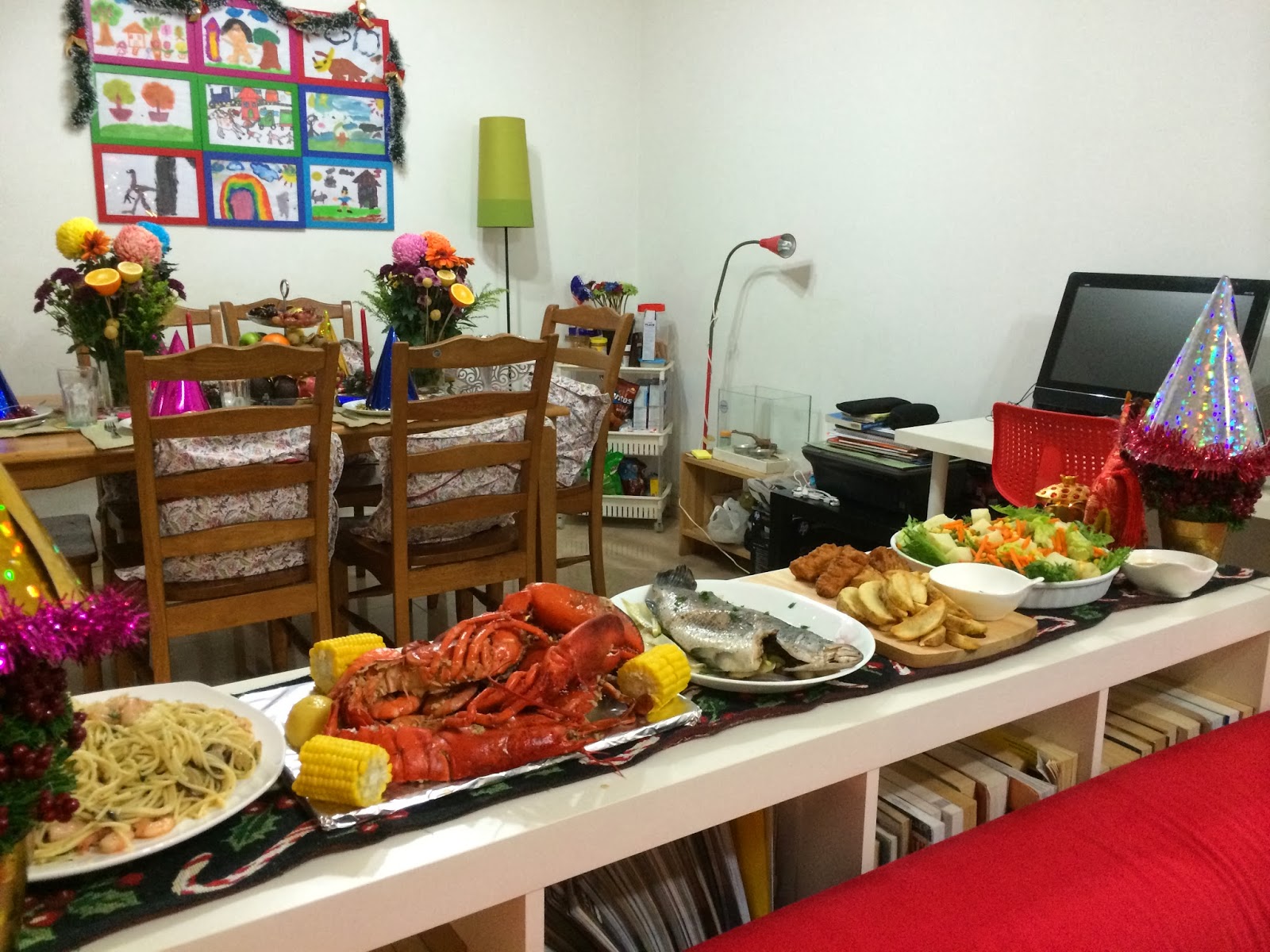 Christmas is also about getting together with family, catching up with friends because of the holidays and even reconnecting with distant relatives. Each single Christmas day, at 12 midnight, Noche Buena comes and our tables will be filled up with the good stuff.

It's also a time for opening gifts. As a child, our parents don't usually give us gifts but we love spending time eating together. It was only when I grew up and had niece and nephews that I start to spoil them and give them gifts on Christmas day.

I don't know if kids right at this generation still do this but I guess they are not anymore, however, back in time, every Christmas after we have Noche Buena, my brothers and I would immediately go to our neighborhood so we could play with our friends.

Games were always fun for kids right? So that day, we usually have less sleep, sometimes without sleep at all because remember we have to get to our godparents when the sun comes.

Games are always fun for kids and I don't remember any Christmas midnight that we didn't have fun as young ones who receive gifts and have games with prizes is like the best day ever!

Overall, there's always something to look forward to for the most wonderful time of the year most especially when you are a kid.