DONALD TRUMP IS DANGEROUS FOR USA

Donald Trump is the most controversial president in the history of USA. He himself is against the Muslims. He is not popular among the Muslims. He wants to ban the foreign Muslims from entering  USA.

Trump made his most extreme pledge yet – in a race in which he has consistently pushed the boat out on issues of race and immigration – in a statement released to the media through his presidential campaign team.

He said there was such hatred among Muslims around the world towards Americans that it was necessary to rebuff them en masse, until the problem was better understood.
“Until we are able to determine and understand this problem and the dangerous threat it poses, our country cannot be the victims of horrendous attacks by people that believe only in Jihad, and have no sense of reason or respect for human life,” the billionaire real estate developer said.

Trump put out his incendiary proposal just hours before he was scheduled to appear at a rally on board the USS Yorktown, a second world war aircraft carrier that is berthed near Charleston, South Carolina. The military location was carefully chosen for an address that falls on the 74th anniversary of the Japanese attacks on Pearl Harbor that brought America into the war. After being interrupted several times aboard the ship, he said the proposal was “probably not politically correct, but I don’t care”.

To justify his extreme call for a total rejection of all Muslims seeking to enter the US, Trump turned to what he claimed to be polling data that underlined what he said was the violent hatred of followers of the faith toward Americans. However, the statement cites the Center for Security Policy, an organisation branded extremist by anti-race-hatred campaigners at the Southern Poverty Law Center.

The former reality TV star added: “Without looking at the various polling data, it is obvious to anybody the hatred is beyond comprehension. Where this hatred comes from and why we will have to determine.”

Trump campaign manager Corey Lewandowski said Trump’s proposed ban would apply to “everybody”, including Muslims seeking immigration visas as well as tourists seeking to enter the country. Another Trump staffer confirmed that the ban would also apply to American Muslims who were currently overseas – presumably including members of the military and diplomatic service. “This does not apply to people living in the country,” Trump said in an interview on Fox News, “but we have to be vigilant.”

In an interview with the Guardian, Trump senior policy adviser Sam Clovis said: “I don’t think there is anything wrong about asking about religious affiliation.”

Trump’s remarks immediately drew condemnation from Democratic presidential candidate Martin O’Malley, who tweeted: “@realdonaldtrump removes all doubt: he is running for President as a fascist demagogue.” Other politicians on both sides of the aisle quickly followed suit – including former vice-president Dick Cheney.

Trump has come under fire before for his contentious views on how to deal with the threat of domestic radicalization of Muslims. He has refused to rule out creating a government database of all American Muslims.

He has also called for the deportation of 11 million undocumented Hispanics, as well as said were he elected president, he would build a wall along the border with Mexico. 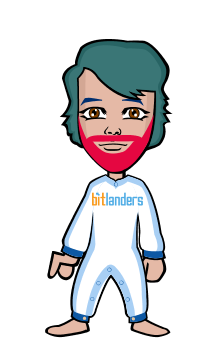