''Mom, I am going to school, take care'', said Clive to his mother.( He slipped  at the doorstep)

''Clive, be careful, don't get yourself hurt.'', his mother replied.

[This story is based on the feelings of a Mother towards her child. This is a bit different than my other stories. You will like it.]

Clive and his mom lived in a small village near Istanbul. They both were living a very peaceful life and both loved each other so much. His father had passed away when he was very young so his mom took care of him. Everything was so fine. His son turned out to be  good one and he was very obedient to his mother and he truly understood all the pain his mother had endured during his care.

Everything was so good and his boy was growing up pretty well. With the passage of time his attachments and love for his mom became more and more intense. Just after a blink of and eye, He became able to do his job and earn for his own and for mom. He studied well and acquired a good job for his hardworking and the prayers of his mom didn't go waste.

[ In this world, I believe that nothing is permanent. Everything has it's own life span and it's own extent of blossom. It's applicable for universal laws and even for thoughts and emotions. A person if he is happy now may be sad tomorrow or the day after. So in this world everything is just temporary . whether people believe this or not. Happiness of something is mere a happiness of one single moment.]

Clive was very well grown and he became a man. And now there had to be another member coming in to the family soon. Clive loved a girl and his mom always supported him in his life choices so He married her and they started living a happy life.

Everything was charming and the new comer already enjoyed living in that house so much it was a very good and charming sight.

One day a thought occur in the mind of the wife that Clive is giving more time to his mom than me. Although there was nothing like that. She started being jealous of his mother but his mother never did anything bad to her. Even when her hatred was quite exposing in her words towards mom.

Clive started taking this a serious matter because this was like a crack in his house, his own family.

One day the wife fell into the lounge and  Clive's mother said , ''Be careful, don't get yourself hurt''.

These are the words that his mom always used for Clive but that she used those for the wife this clearly meant that she always considered that girl as her own daughter but no one noticed that.

This kept going worse and worse until one day something even worse happened.

The wife said to Clive, ''Bring me your Mother's heart after killing her or I will sign for a divorce.''

This made him completely sad and confused that how could this be possible . One one side there is my mother but on the other side there this my love with whom I have to spend my whole life.

He made his decision and he was blind in love with his wife so He made up his mind to kill his mom and went to her room. His mom said that she knew everything already just come here and do what will make your life happy there is nothing more than your happiness.

He used the knife and killed her and then took out the Heart of her Mother and took her to his wife. On his way his foot got hit by a rock and he fell on the ground, the heart fell out of his hand and fell on the ground. Suddenly a voice came from inside the heart,

"Clive be careful, don't get yourself hurt."

See guys when something is right with us, we never understand it's importance and that is a fact for being a human . I believe a successful person is the one who understands what are the real priorities in his life. Priorities can be in work, friends and even in feelings and emotions.

I myself is not a very good to my Mother but we all  should try to do our best . May Allah makes us obedient towards our mothers Ameen. 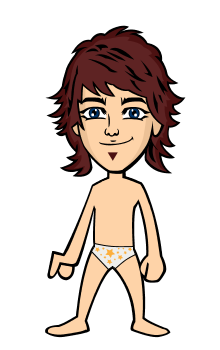