Since I am new to this website, I thought my first blog should be about me, introducing myself, and showing who I am, where I came from, and where I am going.

Firstly, my name is Dominic Mathewson, and I am twenty-one years of age. I am a student at staffordshire university, just starting my second year of experimental film.

I was brought up around music, and this had a huge impact on my life, and still does. After finishing high school, I progressed to Wolverhampton college to study a BTEC in music technology, but half way thought the second year I realised I didn't want to go down that route. This then got me thinking about where i wanted to be and what i really wanted to do with my life. I came to the conclusion that I wanted to do something within the media/film industry, so i applied to Stourbridge college to do A-levels in Media, Film, and music. Though what was an amazing two years of my life I narrowed my options down and came to the idea that i wanted to write and direct experimental films after a module on experimental film within my film lesson. The way experimental films portray an idea in a way that gets people to; think, talk, argue, explain, and re-explain, really appeals to me.

so in september of 2012 i started my first year of university. It was an amazing year full of experiences, friends, and films. I created 4 films as part of the course; 35mm tree (our first film, just as an intro to the course. filmed in the lake district) 111 (an exercise in continual action) A light in darkness (a non-fiction film about the use of candles within the church) and Chiaroscuro (a fictional film about how two people love experimental films).  all of which will be uploaded soon.

As well as these films, i did a few projects out of university.

Over the summer i have been looking more into experimental film and I cannot wait to start making new films.

It is now the first week back in my second year, and i believe this is my year to shine. I am determined to make a name for myself as an experimental film maker, and a sound designer.

I will be uploading all of my work, and blogging about what i am doing throughout the year. 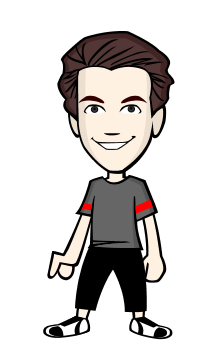 My name is Dominic Mathewson and I am a young film maker.

My aim is to challenge boundaries and share stories that I feel need to be shared.