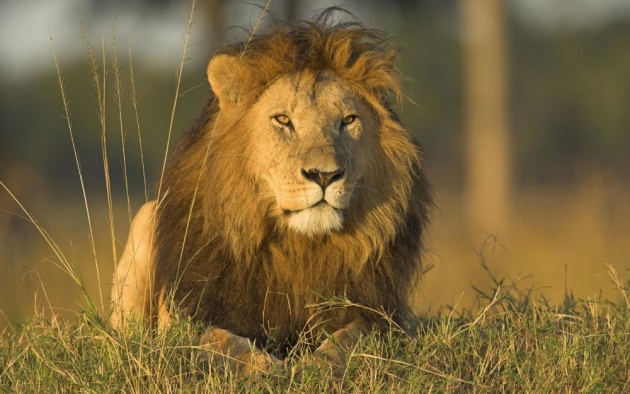 Lions are the only cats that live in groups, which are called prides. Prides are family units that may include up to three males, a dozen or so females, and their young. All of a pride's lionesses are related, and female cubs typically stay with the group as they age. Young males eventually leave and establish their own prides by taking over a group headed by another male.

Only male lions boast manes, the impressive fringe of long hair that encircles their heads. Males defend the pride's territory, which may include some 100 square miles (259 square kilometers) of grasslands, scrub, or open woodlands. These intimidating animals mark the area with urine, roar menacingly to warn intruders, and chase off animals that encroach on their turf.

Female lions are the pride's primary hunters. They often work together to prey upon antelopes, zebras, wildebeest, and other large animals of the open grasslands. Many of these animals are faster than lions, so teamwork pays off.