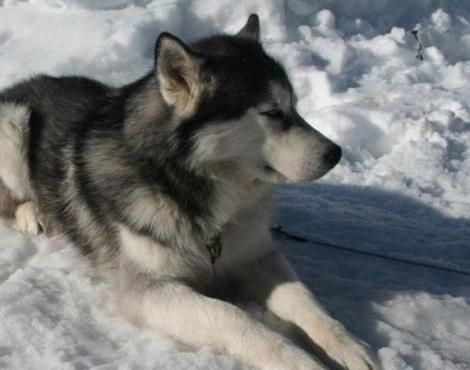 The Alaskan Malamute was developed by a tribe of Inuit known as the Malamute, who wanted to create a working Dog that could pull heavy loads, as well as assisting with hunting, but one that could also withstand the harsh winter conditions. They are believed to have originated from primitive domestic Dogs that accompanied prehistoric people on their migrations between Asia and the Americas. Although cared for well and treated fondly, they were used by the Malamute very much as a working breed to pull heavy sledges, hunt Seals, and packs were even sent after Polar Bears that were causing trouble. Travelling into the USA in the early 1900 s , Alaskan Malamutes quickly became a popular working breed and were even used in service during both World War One and World War Two. 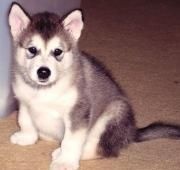 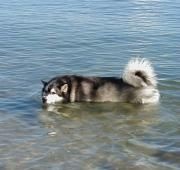 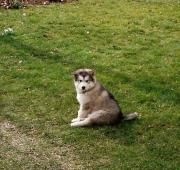 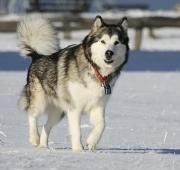