The NVIDIA GeForce GTX 980 and GeForce GTX 970 video cards are the talk of the town right now, but that doesn’t mean the leaks and rumors for AMD’s next generation of gaming graphics cards has come to a grinding halt. We ran across a couple stories (1, 2) from Europe this morning that are showing off what is said to be the GPU Cooler fan shroud for the upcoming AMD Radeon R9 390X graphics card. Those articles state that the AMD Radeon R9 390X will possibly be using a hybrid cooler that utilizes both air and water cooling technologies. 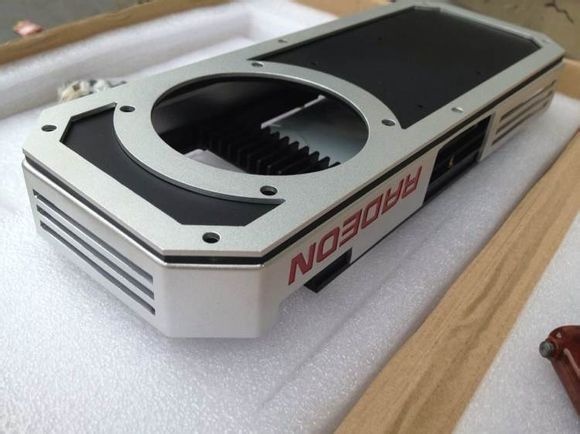 The image going around with these stories doesn’t have the Printed Circuit Board (PCB) for the R9 390X inside, but it looks plausible. There looks like there is an area where the GPU would likely reside for the water block and then there is a fan located on the end of the card to help keep the VRM and other passively cooled components running at safe temperatures. There is also a place for what is assumed the water cooling tubes to pass through in the center of the video card. 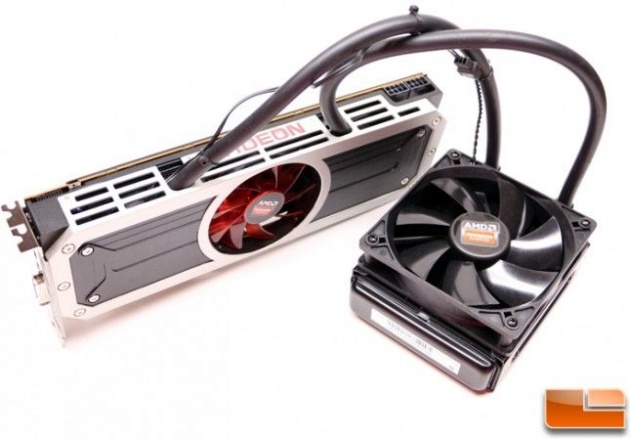 AMD and Asetek teamed up for the water cooling solution used on the AMD Radeon R9 295X2 dual-GPU graphics card. Will AMD being partnering with Asetek again? We are big fans of water coolers and many of the hybrid cooling as of late have find a nice mix of performance while maintaining quiet sound levels. The only problem we foresee is that most gamers have a water cooled processor and trying to shoehorn in an additional 120mm radiator and fans will be tough for most PC gamers.

We aren’t sure if this fan shroud image is real, but we hope that AMD doesn’t have to have a water cooler to keep the upcoming Radeon R9 390X cool. It would be nice to have a water cooling sku available though for those that would want such a setup. AMD and Asetek declined to our request for a comment, but we aren’t putting too much weight on this.