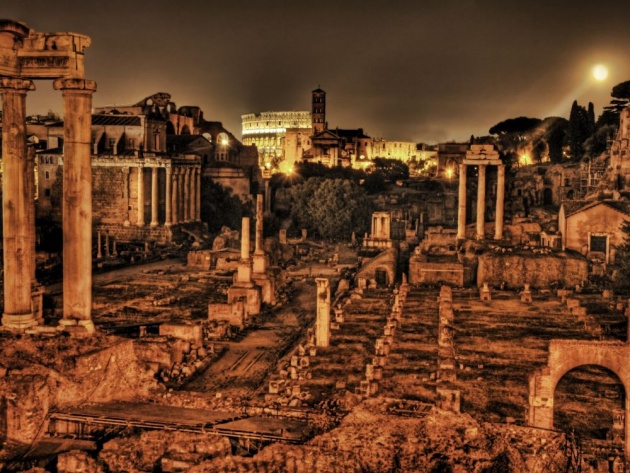 Crassus is thought to be the richest man in the history of Rome, with an estimated 200 million sestertii, or about £5.4 billion ($8.4 billion), but he did not earn his fortune from entirely moral means. One of Crassus’s moneymaking enterprises was control of the only fire department in Rome. When a fire broke out, Crassus and his team would arrive at the site and haggle with the owner of the property, offering to purchase the doomed building at an outrageously low price. The owner would have to look on hopelessly as their home burned, and more often than not would hand over the property to Crassus. Then Crassus’s slaves would move in and eliminate the fire. 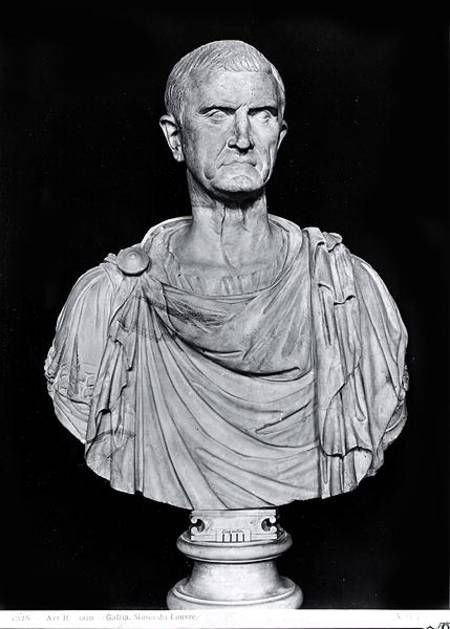 Once Crassus had acquired the house he would rent it back to the previous owner for a profit. As his wealth poured in, Crassus was able to buy his way into political power, serving as a member of the First Triumvirate with Julius Caesar and Pompey. Crassus also led his own army against the slave uprising of Spartacus. He controlled his force with fear and when any soldier fled from battle, he executed one out of every ten men. When victory was finally achieved, Crassus demonstrated his brutal and bloody streak by crucifying 6,000 of Spartacus’s followers.

NERO:
One of history’s most infamous leaders, Nero won his throne through murder, and death is what he brought to Rome. Although his mother’s actions had helped him become emperor, Nero became wary of her influence. He attempted to kill his mother in a shipwreck, but when she survived he ordered her assassination, masking it as suicide. 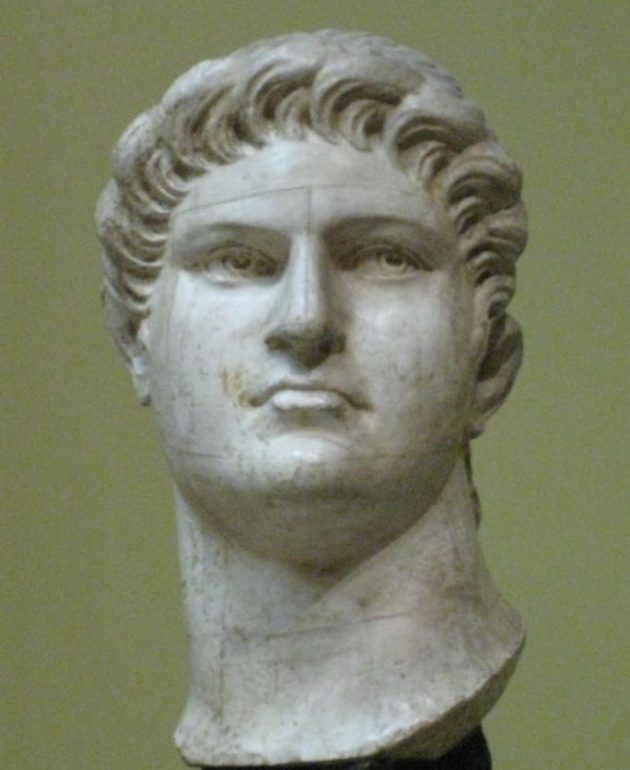 He continued his bloody reign by divorcing his first wife before having her beheaded, apparently bringing her head to his second wife. She didn’t fare much better, as Nero reportedly kicked her to death while she was pregnant.
On a quest for ultimate power, Nero punished anyone who spoke ill of him or the Senate with exile or death.

ELAGABALUS:
The reports of the cruelty of this notoriouous emperor are impossible to ascertain, but Elegabalus was certainly one of the most controversial and malicious Romans of all time. Becoming emperor at just 14 years old, Elagabalus flouted Roman traditions and quickly created a multitude of enemies. Early in his reign, he replaced the head of the Roman god Jupiterwith the head of the deity of his religion and forced the government to participate in his religious festivals. 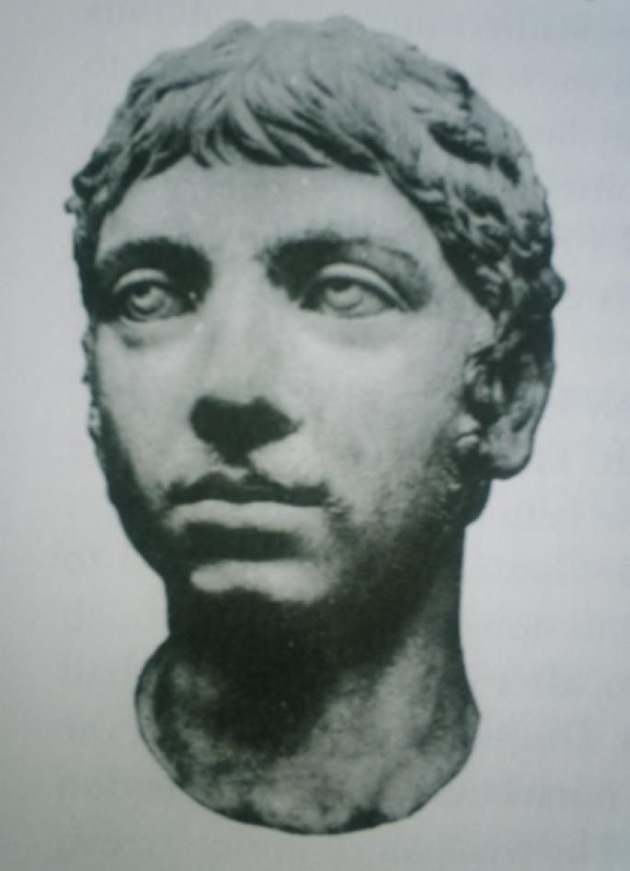 A picture of Elagabalus was placed over a statue of the goddess Victoria, forcing people to make offers to him rather than her. He also ignored tradition when he married a Vestal virgin who was forbidden from engaging in sexual intercourse, else be buried alive. He instated his divinity further when he had himself circumcised in order to be the high priest of his new religion. One of the most shocking stories of Elagabalus is that he frequently sacrificed children and used their guts to read the future. The young emperor also seemed to delight in twisted practical jokes; in one instance he threw venomous snakes into a crowd in Rome, and even created a lottery with prizes ranging from wasps and dead dogs to an execution note. Credited with creating the whoopee cushion, he also enjoyed tormenting guests by serving them rocks and wax at dinner parties, and even snuck lions into their beds. Perhaps unsurprisingly,Elagabalus was assassinated when he was just 18 years old.

Caligula:
Caligula’s reign was not bloody or vicious at first. When he entered Rome as emperor, he was hailed by adoring crowds as “our baby” and “our star”, and the first few months were relatively peaceful. But in October 37 CE he suffered an illness that seemed to completely alter his mental state. He began joining in the brutal imperial tradition of killing off anyone he saw as a rival, and that included his own cousin, adopted son and possibly his grandmother. He kept his uncle Claudius alive but tormented him relentlessly with cruel practical jokes and public humiliations. The public weren’t spared from his cruelty either, as people were executed without trial or forced to commit suicide. 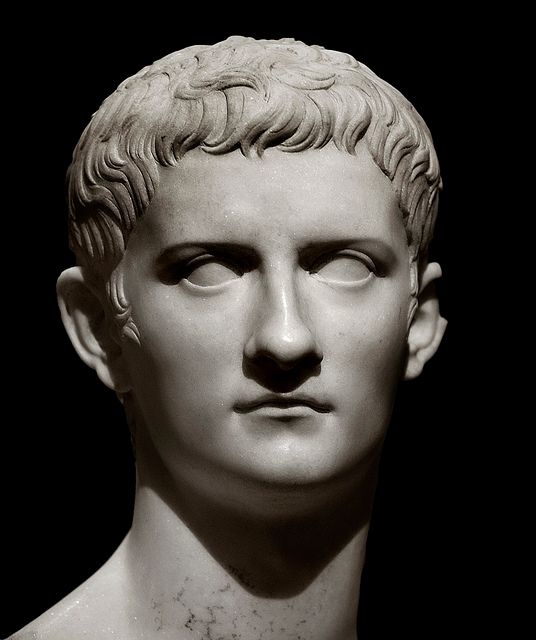 Desperate for money, Caligula would also target people for execution purely to seize their property, and even auctioned the lives of gladiators at shows. Despite the financial worries, he splashed cash by constructing two of the biggest ships of the ancient world, with the largest the equivalent of a floating palace, replete with marble floors. His obsession with his public image took a controversial turn when he appeared in public dressed as various Roman gods, and even referred to himself as a god, both in official documents and in person. Two temples were erected in his honour and Caligula removed the heads of statues of ancient gods, replacing them with his own.
Caligula’s reputation for outrageous and despicable actions was encouraged when he found himself bored while watching the games at the amphitheatre, so ordered his guards to throw in some of the crowd to be eaten by animals. It was also reported that he enjoyed chewing up the testicles of his victims while they were still attached to them. Caligula was so universally loathed that he became the first Roman emperor to be assassinated, by being stabbed over and over again. The assassins even killed his one year-old daughter by bashing her head against a wall, to ensure his bloodline would be destroyed for good.

IRENE OFATHENS:
Although considered a saint in the Eastern Orthodox Church for her support of idols, Irene of Athens also had a much darker and bloodier streak. Although she came from a noble family, she was an unlikely bride of Leo IV, emperor of the Byzantine Empire. When her husband died, Irene became regent for her son, Constantine – just ten years old at the time. A group of powerful figures took the emperor’s death as a chance to rebel, but Irene demonstrated her quick and brutal justice by arresting the men and forcing them to become monks, making it impossible for them to rule. Although she was regent, Irene clearly established her dominance by having herself, not her son, on the first coins printed during his reign, printing his name on the less prominent side of the coin. When Constantine came of age, Irene showed no signs of giving up power, but her son had inherited her ambition, so a political battle ensued between the two. 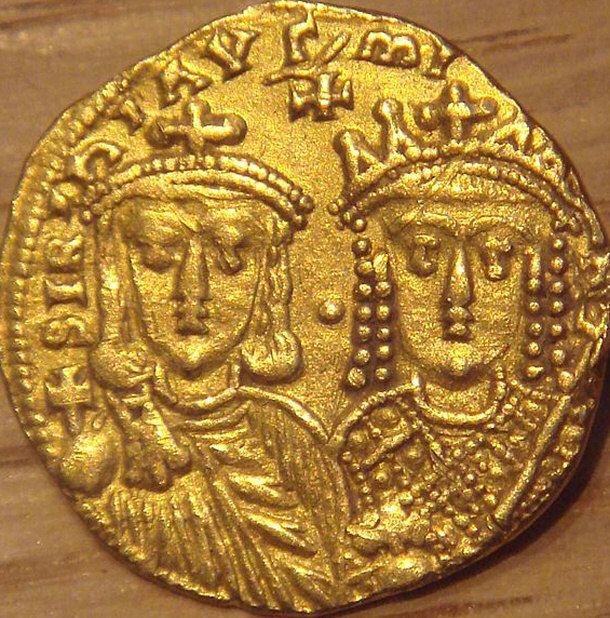 The empress arrested her son’s men and had them flogged and exiled, as well as any supporters. She also persuaded the army to swear to not accept him as emperor until she died. When Constantine was distracted by the birth of his son, she began to plot a way to become sole ruler. She had her supporters seize her son and imprison him, before he was blinded by having his eyes gouged out, eliminating any chance of him ascending the throne. He died either from his injuries or later in exile.With all her rivals stamped out and family dead, Irene finally had the ultimate control she so desired.