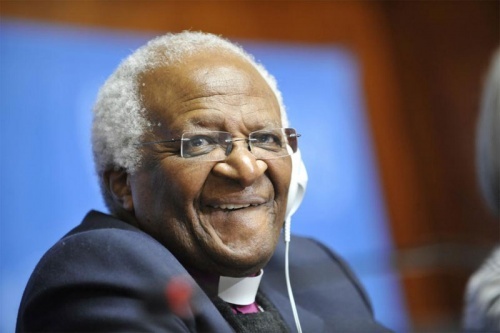 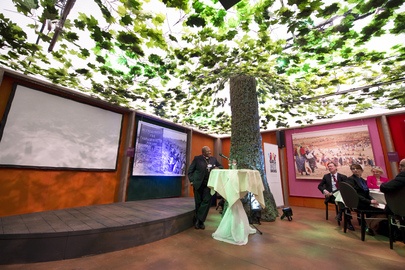 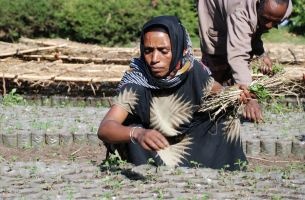 “There are some problems so big and so entrenched it is easy to believe they will never be solved. Hunger is one of these problems,” said Archbishop Emeritus Tutu last year. “Yet a lifetime of experience has taught me that there is no problem so great it cannot be solved, no injustice so deeply entrenched it cannot be overcome. And that includes hunger.” See Film Report -“Billion to Sleep Hungry” - diplomaticallyincorrect.org/films/movie/billion-to-sleep-hungry/24674 He was champion of human rights, political rights and bringing democracy to South Africa. Despite that he has “retired” in the last couple of years, Archbishop Tutu remains active on the most critical global issues. With famine/hunger having extracted a heavy recent toll in several regions, particularly the Horn of Africa, and now threatening the Sahel, access to food is a human right requiring political activism as well as giving and improving agriculture. (See Film Report – “Stairway to Life” - diplomaticallyincorrect.org/films/movie/stairway-to-life-or/27781 The UN’s World Food Program (Executive Director Josette Sheeran) offered the following statement: “Throughout his life, Archbishop Emeritus Desmond Tutu has been a voice for the hungry, the poor and the vulnerable. I can think of no more worthy individual as a recipient of this honour, than a man who has confronted tyranny and defended the weak and the hungry, armed with nothing but the strength of his faith and the unwavering belief in upholding the rights of the oppressed.” READ – “State of Food Insecurity in World 2011” - diplomaticallyincorrect.org/films/blog_post/state-of-food-insecurity-in-world-2011-un-report-by-ambassador-mo/36153 A Nobel Peace Prize Laureate and life-long activist, Archbishop Emeritus Tutu has been a staunch advocate for universal human rights, including the right to food, as well as the rights to clean water, shelter, hygiene, sanitation and health care. Archbishop Emeritus Tutu is the fourth recipient of WFP’s Global Champion Against Hunger award. Recent recipients include Kofi Annan, the former UN Secretary-General; King Abdullah bin Abdulaziz Al Saud, Custodian of the Two Holy Mosques, of Saudia Arabia; and Peter Bakker, former CEO of global logistics company TNT and WFP Ambassador Against Hunger. LINK to WFP - www.wfp.org/about By Ambassador Muhamed Sacirbey - @MuhamedSacirbey Facebook – Become a Fan at “Diplomatically Incorrect”   Twitter – Follow us at DiplomaticallyX  More Related Reports at “Humanitarian” Channel - diplomaticallyincorrect.org/c/humanitarian