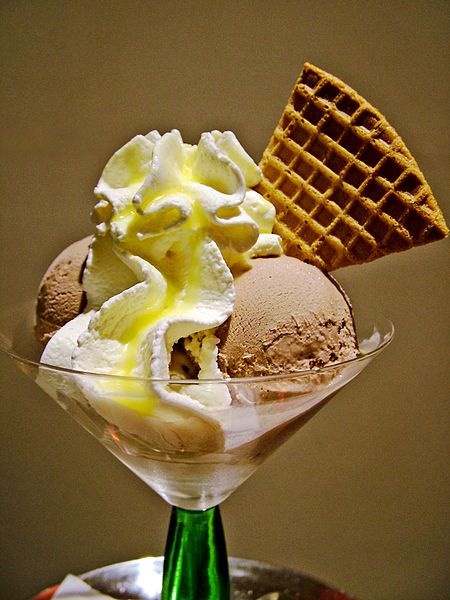 Ice Cream is a frozen food, typically eaten as a snack or dessert, usually made from dairy products, such as milk and cream, and often combined with fruits or other ingredients and flavours. It is typically sweetened with sucrose, corn syrup, cane sugar, beet sugar, and/or other sweeteners. Typically, flavourings and colourings are added in addition to stabilizers. The mixture is stirred to incorporate air spaces and cooled below the freezing point of water to prevent detectable ice crystals from forming. The result is a smooth, semi-solid foam that is solid at very low temperatures (<35 °F / 2 °C). It becomes more malleable as its temperature increases.

Here are some of the best Ice Cream flavors you can eat: 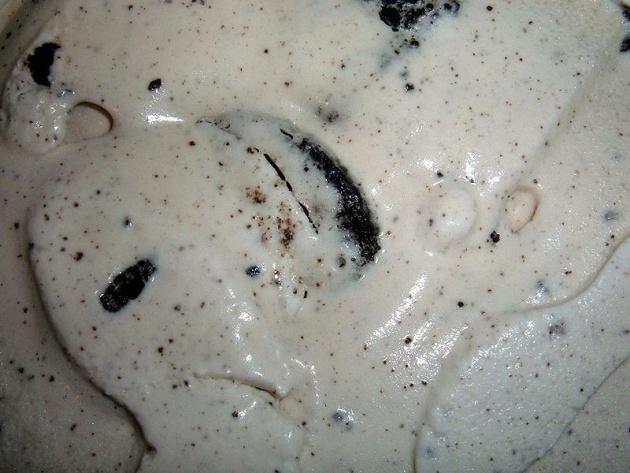 Cookies and Cream (or Cookies 'n Cream) is a variety of ice cream and milkshake based on flavoring from chocolate cookies. Cookies and Cream ice cream uses sweet cream ice cream (often vanilla) and chocolate wafer cookies of any type. The flavor is widely associated with the Oreo cookie, a kind of cookie sandwich with a sweet, white cream filling commonly used in milkshakes and other frozen desserts. 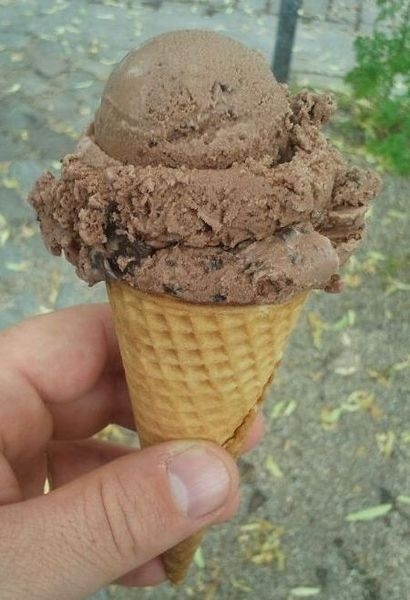 Chocolate ice cream is ice cream with natural or artificial chocolate flavoring. Chocolate is the second most common flavor of ice cream in the United States, after vanilla. It can be eaten in a bowl, cup, or cone. It can also be eaten straight from the carton. 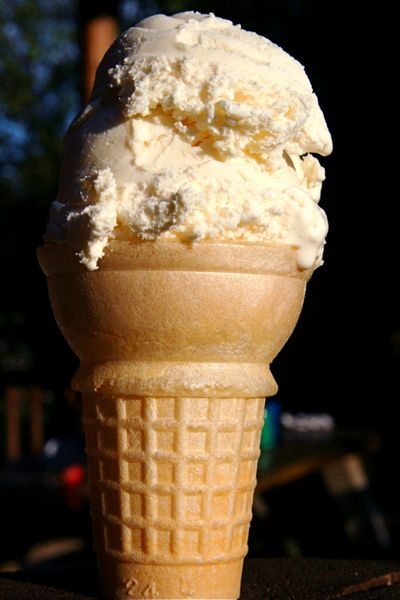 Vanilla is frequently used to flavor ice cream, especially in North America and Europe. Vanilla ice cream, like other flavors of ice cream, was originally created by cooling a mixture made of cream, sugar, and vanilla above a container of ice and salt. The type of vanilla used to flavor ice cream varies by location. In North America, consumers are interested in a more prominent, smoky flavor, while in France, they want a more anise-like flavor. To create the smooth consistency of ice cream, the mixture has to be stirred occasionally and then returned to the container of ice and salt to continue the solidification process. According to Iced: 180 Very Cool Concoctions, many people often consider vanilla to be the "default" or "plain" flavor of ice cream. 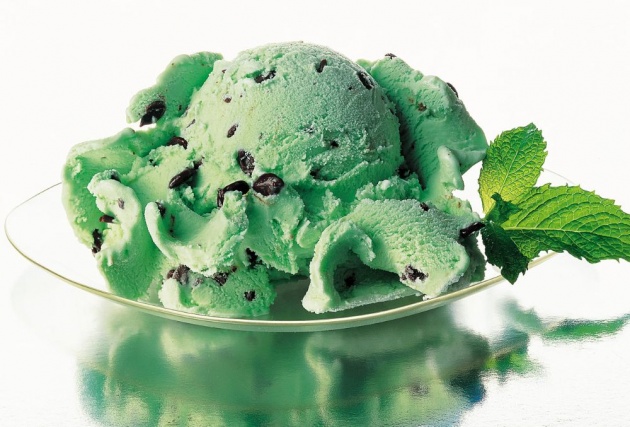 Mint chocolate chip is an ice cream flavor composed of mint ice cream with small chocolate chips. In some cases the liqueur crème de menthe is used to provide the mint flavor, but in most cases peppermint or spearmint flavoring is used. Food coloring is usually added to make it green, but it may be white in "all natural" or "organic" varieties.

According to the International Dairy Foods Association, 3% of all ice cream sold in 2000 was mint chocolate chip, which was the 10th-most popular flavor of ice cream.

The popularity of the flavor has led to its use in other foods (such as cookies and meringues) as well a number of products such as cosmetics, air fresheners, and even personal lubricants. Ice cream manufacturer Baskin-Robbins has created a hard candy named "mint chocolate chip" that tastes similar to their ice cream of the same name (which is one of their "permanent flavors"). Some brands name it chocolate (or choco) chip mint, mint 'n chip, or just mint chip.

How Baking is Healthier than Baking - Things You should know