A Monumental Discovery:
Edwin S. Lowe, a struggling toy salesman from New York on a search for new ideas, was heading for a business appointment in Atlanta. While making his way across Georgia, he spotted the bright lights of a county fair outside the small town of Jacksonville. Although It was getting late, Lowe decided to stop. 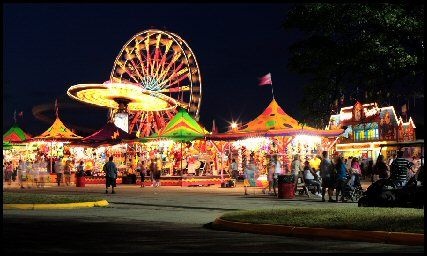 As he entered the fair grounds, he noticed that carnival booths were all closed except of one, which was packed with people. The group was loud and boisterous, and they seemed to be having a fabulous time. Upon entering the tent, Lowe saw that they were playing a game called "Beano". All the tables were full, so Lowe had to stand behind other spectators to watch. 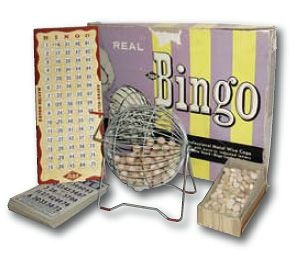 What he saw captivated him, People sat at tables arranged in a horseshoe fashion. The tables were covered with the cardboard cards with a 5x5 grid design, and each box on the grid contained a number. Dried beans served as markers. The caller, or pitchman, stood at the front of the room and pulled out small wooden discs from a cigar box, calling each number out loud for everyone to hear. The players searched their card for the called number and covered it with a bean if they found it on their card.

Lowe noticed the enthusiasm that mounted among the players and spectators, especially when the game was closed to being won. When a player had completed one horizontal, vertical or diagonal line, that player yelled "Beano!". After the caller confirmed that the numbers formed a line, the winner received a prize of Kewpie doll. That evening the players did not want to stop playing Beano, Lowe noticed. The game was seemingly addictive. 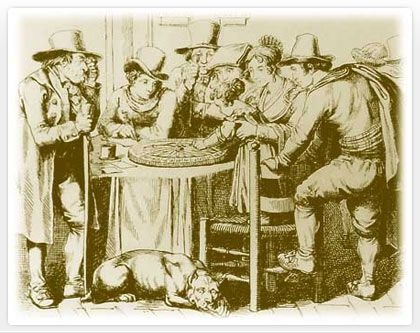 By 3 a,m, caller stopped the game. After the crowd dispersed, the caller told Lowe that he had traveled with the carnival in Germany. There he had come across a game known as German Lotto, which he thought would make an ideal carnival game. When he returned to the U.S, he made some basic modifications and introduced this game to the carnival goers. And ultimately, It proved to be an ultimate carnival game and a very profitable crowd-pleaser.