BITLANDERS REALLY PAYS? : My First Withdrawal Transaction through Payza in the PHILIPPINES (PART 1)

Of course, it does!

So to those who say that bitLanders is a scam and fraudulent website, IT IS NOT.

*Here is my receipt of payment from bitLanders* 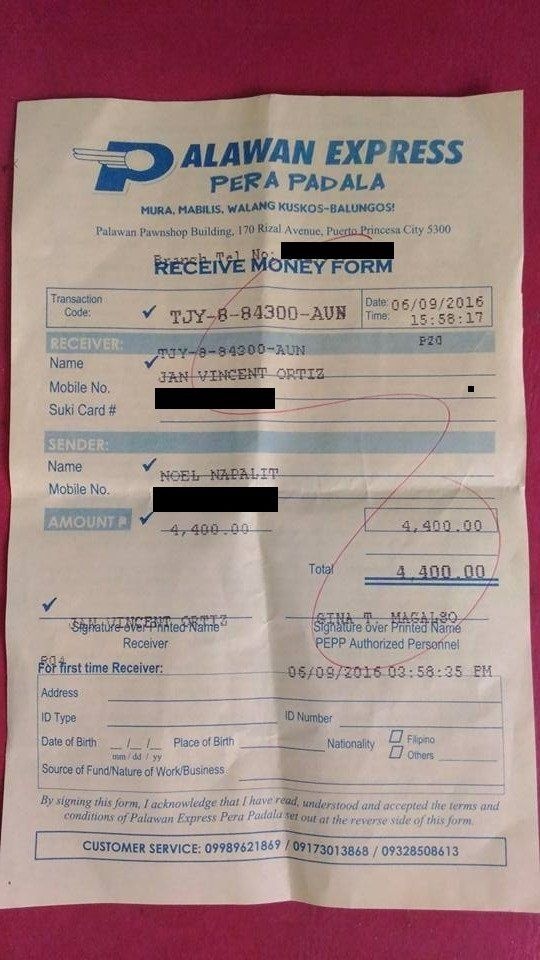 But how did I end up getting this kind of payment from this website? That is what we will be talking about in this blog. :)

This blog will be about 'My First Withdrawal Transaction through Payza in the PHILIPPINES'. I decided to write this blog because I know that only a few people from the Philippines use Payza in withdrawing money. Most Filipinos use Paypal instead of Payza because of reasons like the strict verification upon trying to withdraw. Paypal and Payza are both payment processors. But in my case, I chose Payza for a change. To those people especially my co-Filipino users who are planning, are curious or are clueless on how to use it, this blog is for you. If you're someone outside the Philippines who also wants to use it for the same reason as mine, then this blog is for you too!

So in cashing-out from this social platform, first, we may have three websites at the ready by creating our accounts on each of them. These websites are: 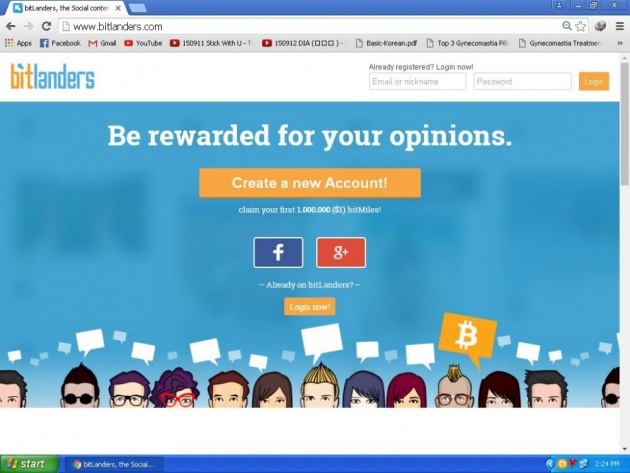 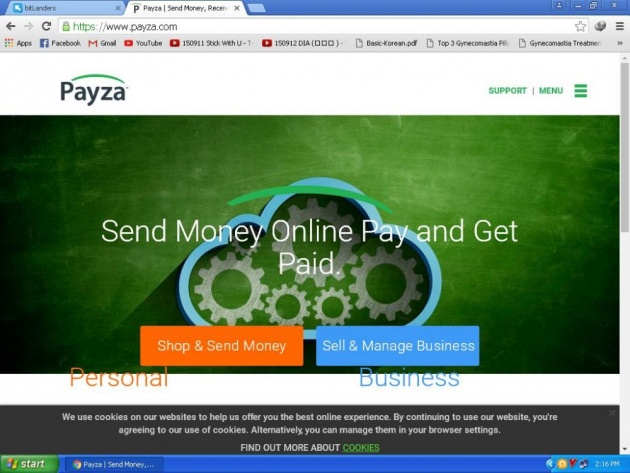 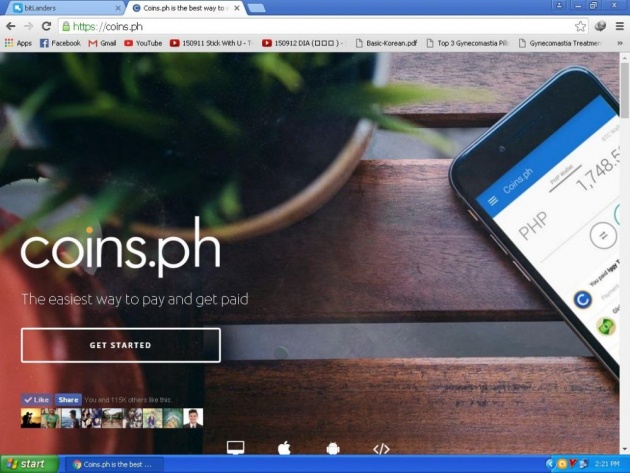 I used coins (coins.ph) for the actual (final) cash-out. Payza was like the middleman while bitLanders was my starting point in terms of money transfer.

TAKE NOTE: Coins was just optional here because there are still other ways to get our money from Payza like the bank transfer, bank wire, and credit card. But if we want to withdraw funds by bitcoins, then we can use coins.

So to start, among the the three websites listed above. I opted that Payza be ready first. I wanted to withdraw funds though bitcoins so I thought I needed to have my Payza account verified for bitcoin withdrawal first. Two types of documents were needed to be uploaded on their website in a picture/scan format:

*The following are the only accepted Photo IDs by Payza. Only one (1) picture/scan of any of the following is allowed:

2. Proof of Address - to prove the validity of my identity.

*The following are the only accepted types of Proof of Address by Payza. Only one (1) picture/scan of any of the following is allowed:

But before submitting the necessary documents, I had the Payza Customer Support answer my inquiries through e-mail. Hence, this started the verification process. Everything started on April 9, 2016.

My question (April 9, 2016): Would it be fine to use my parents' utility bill for the Proof of Address? Because right now I'm only living at my family's house and all of our utilities are entitled to our parents' names and not mine.

Two days after, they responded, with the following message written below:

Their answer (April 11, 2016): "If you do not have documents in your name, you can submit the bills or any recurring statement which is under your father's name, ensuring that the last name on your proof of address matches your profile name." ~ Payza Customer Support

I also asked Payza with another question.

My question (April 13, 2016): Would you mind if I submit my Voter's ID under Photo ID? Since I don't have Driver's License, Passport, or National ID and I think Voter's ID would be the only photo ID that I can submit for verification. Please help me Payza.

Six days after, this was their response:

Their answer (April 19, 2016): "Yes, we accept the Voter ID as proof of Identification." ~ Payza Customer Support

After that, I was happy because my questions were cleared. I was about to submit the necessary documents BUT THEN....... I lost my voter's ID!!!!! x.x

My question (April 22, 2016): Do you mind if I submit my PNA (Philippine Nurses Association) Card under Photo ID for account verification, instead? I think I lost my Voter's ID and I think the PNA Card might be the last resort for me.

Their answer (April 23, 2016): "Sorry to inform you that the PNA (Philippine Nurses Association) would not be accepted as proof of identity.

I request you to please submit the proof of address.

Once verification documents submitted, please allow upto 7 Business days for our appropriate team to review the documents and revert to you." ~ Payza Customer Support

I wasn't that nervous when it comes to submitting my Voter's ID even though it was lost because mother has a duplicate ID of it. But good thing she found the original one just around the corner of our house. What a relief! -.-

I submitted my Voter's ID as National ID under Photo ID:

*My Voter's ID (front and back part) 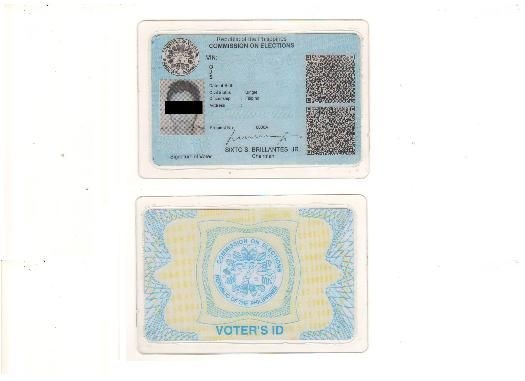 I also submitted our electricity bill as a form of utility bill for the proof of address. It is named under father's.

*Utility bill for the proof of address: 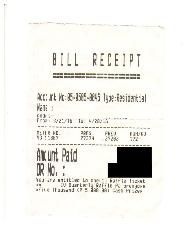 After several days of waiting, Payza finally e-mailed me on April 30 telling me that my utility bill wasn't approved as it was just a receipt, unlike my Voter's ID which was recognized.

Well, at least my Voter's ID was given the green light. :)

For the additional details, Payza also reminded me of what the proof of address should comprise of.

We cannot receipt as a proof of address. We will require a proof of address document dated within the last 6 months, such as a utility bill, phone, bank, or credit card statement with last name and address matching what is on you profile. Tax and student documents cannot be accepted." ~ Payza

I thought on what to do, "What another proof of address do I have under my father's name?". Payment for electricity here is not issued in bills but in receipts only. Moreover, father is an Overseas Filipino Worker so most of our utility bills are owned by mother. I also don't have any credit card statements, bank account statements, or phone bills under my name. "OMG what do I do now? I don't have anything!".

Father suggested that his NBI clearance be submitted too (Since he was still at home at that time). We're not sure if it would be accepted but at least we wanted to try. 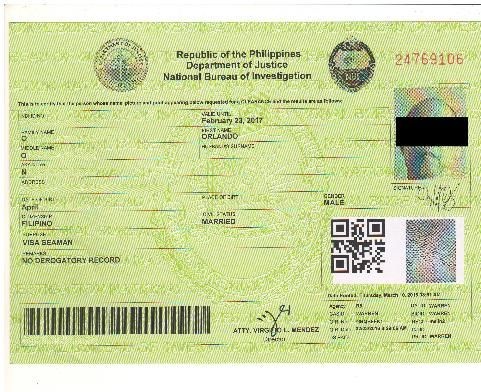 I told Payza of my family's situation. On the 10th of May, they replied.

"If you do not have documents in your name, you can submit the bills or any recurring statement which is under your father's, mother's name, ensuring that the last name on your proof of address should matches your profile name." ~ Payza Customer Support

What a relief! So mother's utility bill had been okay the whole time. -.- 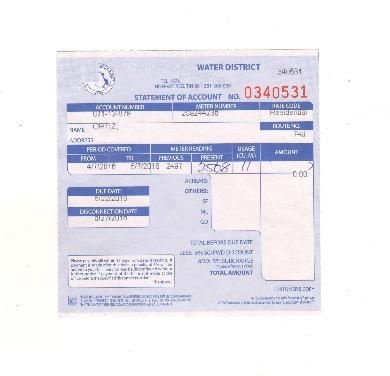 "May ghaaaasssss!!!" It's here! After one month of waiting, it's finally here. I was finally verified! :)

Waiting for one month wasn't a joke so I became so much happy when I heard this news. All the waiting and tiredness while looking for that proof of address, added to the fact that it was my first time to hear the phrase 'proof of address', got paid off. At long last....... 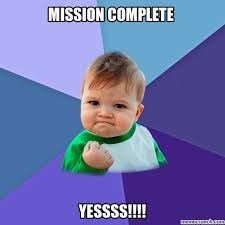 And now, it's time to transfer cash from bitLanders to Payza. ^_^