BLOGPOST: How to make Potato Mojos 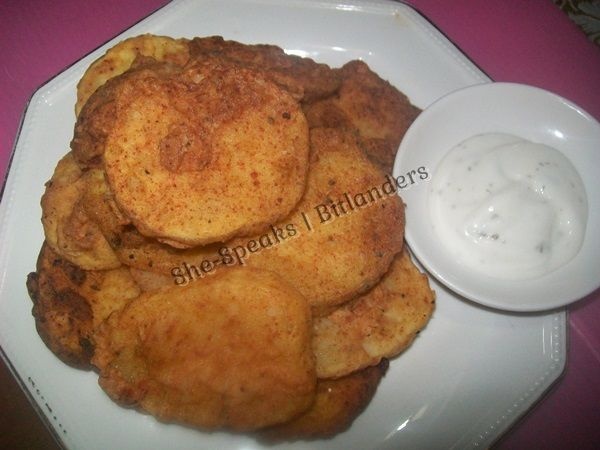 Mojos is a popular dish from Pizza restaurant called "Shakey's". It's really addicting and you'll fell in love with it just like when I had my first ever bite.

Since it became my favorite food. I made a homemade version of Mojos. I really love making this at home for merienda as well as for midnight snack. Who would have thought that this is so easy to make?

You only need potatoes, milk, flour, spices and herbs, ground black pepper, egg, salt and oil for deep fry. Sorry if I cannot give you the exact measurements. Kelangan lang ng tantsayahan yan. :) 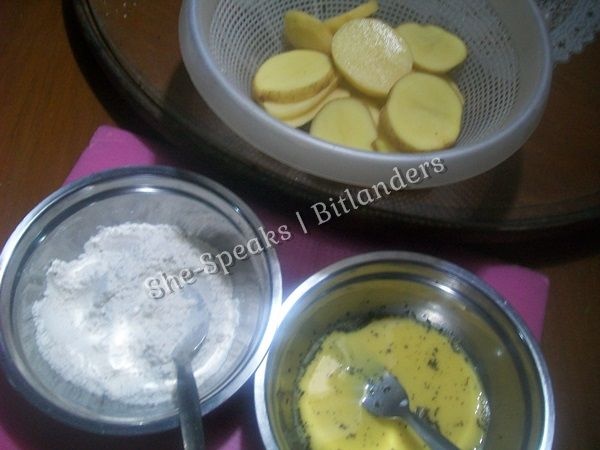 1) First, wash the potatoes. You don't need to peel off the skin but if you don't want then just peel it.

2) Slice it according to your desired thickness. Don't make it so thin. You don't want to it to turn into potato chips. Do you?

3) For dry ingredient. In a bowl, combine flour, ground black pepper, pinch of salt. Mix it.

4) For egg mixture. In a separate bowl, beat egg and add milk, pinch of salt, and ground black pepper.

5) Get a piece of sliced potato, dip into egg mixture then dredge it to dry mixture.

6) Deep fry it until golden brown.

** If you want it to make it easier... instead of making your own dry mixture. Buy your favorite breading mixture instead. Just to remind you, since the breading mixture has seasoned already. You'll end up making a salty one, so adjust that by adding flour. Again, kayo na ang bahala dyan mag-adjust. Hehehe!

(All photos are mine.) 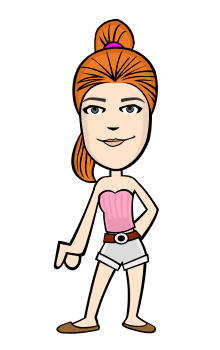 A petite blogger since 2002 who enjoys herself in web designing, traveling, cooking and making her own recipes. She spent most of her time infront of her laptop. She currently has 7 cats.