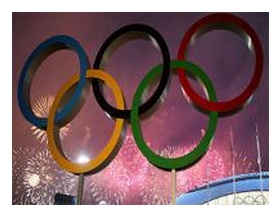 Boston was chosen on Thursday as the US candidate to host the 2024 Olympics, hopeful of showing the world's finest athletes its determined recovery from the 2013 Boston Marathon bombing tragedy.

Boston outclassed Los Angeles, San Francisco and Washington in voting by the 15-member US Olympic Committee (USOC) board of directors, after multiple rounds of voting and "spirited discussion" to decide among the finalists in a 22-month evaluation process.

The United States chases its first Summer Olympics since the 1996 centennial edition in Atlanta. Boston's candidacy follows failed bids by New York for the 2012 Olympics, Chicago for 2016 and no entry for 2020 in order to re-evaluate plans.

Three people were killed and more than 260 others were injured from bombs that exploded near the finish line of the 2013 edition of Boston's distance racing classic.

Runners and citizens fought to recover from the horrific attack with a spirit that became known by the catchphrase "Boston Strong," one evoked by the White House in sending US President Barack Obama's congratulations to Boston.

"The city has taught all of us what it means to be Boston Strong," the White House said in a statement. "The President and First Lady couldn't be prouder of this accomplishment and all of our nation's athletes and strongly support the effort to bring the 2024 Olympic and Paralympic Games to the United States. We hope to welcome athletes from around the globe to compete in Boston in 2024."

But Boston will enter a global field expected to include solid candidates from Italy, Germany and France as well.

The International Olympic Committee (IOC) will select a 2024 Olympic host at its meeting in Lima, Peru, in mid-2017.

"We're excited about our plans to submit a bid for the 2024 Games and feel we have an incredibly strong partner in Boston that will work with us to present a compelling bid," said USOC chairman Larry Probst.

"The deliberative and collaborative process that we put in place for selecting a city has resulted in a strong US bid."

The United States has won the most medals at the last five Summer Games and is home to many of the richest corporate sponsors of the Olympic movement, as well as its top-paying television rights partners.

The US seeks a fifth Summer Olympics hosting opportunity after St. Louis in 1904, Los Angeles in 1932 and 1984 and Atlanta.

In the 2024 fight, Rome heads a multi-city Italian candidacy while Germany plans to offer Berlin or Hamburg. Paris is widely expected to seek an Olympics to be staged on the 100-year anniversary of the last Summer Games in the French capital.

Boston offers a bid that is geographically compact, helpful to the logistics of staging and securing the multi-sport event, and relies largely on existing venues, including the home arena of the NBA's Boston Celtics.

"It is an exceptional honor for Boston," said Marty Walsh, the city's mayor. "This selection is in recognition of our city's talent, diversity and global leadership. Boston hopes to welcome the world's greatest athletes to one of the world's great cities."

A removable Olympic stadium would host athletics and the opening and closing ceremonies, and an Olympic village for athletes would be changed after the event into student housing.

"A Boston Games can be one of the most innovative, sustainable and exciting in history and will inspire the next generation of leaders here and around the world," Boston bid committee chairman John Fish said.

US IOC members will be vital

IOC executive board member Anita DeFrantz and Angela Ruggiero, a four-time Olympic medalist as an ice hockey defender, will be vital support builders among IOC members for Boston.

"The United States has something unique to offer the athletes of the world," Ruggiero said. "I couldn't be more excited to share Boston's athlete-focused vision for the Games with my IOC colleagues."

The largest city in the New England region at the northeast edge of the United States, Boston has more than 7.5 million people in the metropolitan area and is one of America's oldest cities, its roots dating to 1630.