BATTLEFIELD TACTICS:
Most Civil War soldiers – no matter which side they fought on – were equipped with much the same tools. If cavalry, they would have had swords, pistols and short muskets called carbines. If infantry, then muskets and long, pointed spears called pikes, were their weapons.
In a battle, it was customary for the infantrymen to form up in the central ranks, with the cavalry on either ﬂank although, in practice, this didn’t always happen. The smoothbore matchlock muskets used by the infantry were, by today’s standards, incredibly slow to load and highly inaccurate, so ‘pikemen’ – whose job it was to protect the musketeers from enemy cavalry – were necessary. They also provided some muscle amid the action. e musketeers would join in the ﬁghting, too, using the heavy wooden butts of their muskets as clubs.

In theory, cavalry were supposed to drive o the enemy horsemen in front of them and then wheel inwards to attack the exposed ﬂank of the enemy infantry. But this was easier said than done. It was hard to rally cavalry who had launched a charge, and a wise commander would always keep some of his horsemen back as a reserve. At the Battle of Edgehill, for example, the Royalist cavalry defeated the Parliamentarians in front of them, and then rode o in pursuit – the battle had nearly been lost by the time they returned. At Naseby, Cromwell had plenty of well-trained cavalry, enabling him to defeat his Royalist opponents with sucient reserves to attack their infantry. Conversely, the long, iron-tipped pikes of the foot soldiers could form a deadly barrier to cavalry, and as such the horsemen often needed infantry support of their own to defeat the enemy infantry.

GARRISON DUTY:
Pitched battles were comparatively rare in the Civil Wars. Some soldiers never even fought in one, spending their entire military career on garrison duty – guarding a village, town or fortress. In theory, garrisons were supposed to gather money and supplies for the war effort but, in practice, many just looked after themselves.
The Parliamentarian garrison of Great Chalﬁeld near Bath is a case in point. Consisting of a troop of horse and two companies of foot – as many as 400 men – their main war service seems to have involved keeping an eye on their Royalist counterparts in nearby Lacock. Some garrisons could be extremely active, but the fact is that garrison duty reduced the number of men available for combat. In June 1645, nearly half of Charles I’s troops were scattered in garrisons across the country. In many ways this suited Charles, as he was spared the trouble of paying and feeding them – they got their money and food from the surrounding areas – but it’s tempting to wonder what might have happened if he’d had some of these troops with him at Naseby, where his army was heavily outnumbered and defeated.

HAND-TO-HAND COMBAT:
Richard Atkyns was a Royalist cavalry ocer who wrote a vivid account of his desperate struggle with Sir Arthur Hesilrige at the Battle of Roundway Down, Wiltshire, in 1643. Hesilrige was a leading opponent of Charles I who had raised a regiment that was so heavily armoured that its troopers were nicknamed ‘lobsters’ because of their tough shells. Hesilrige’s armour was even tougher… 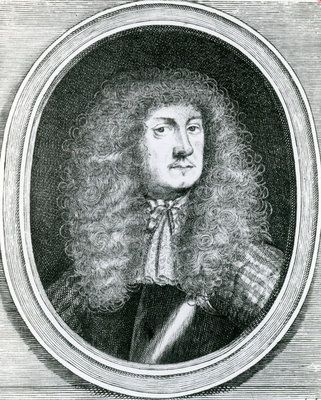 “‘Twas my fortune in a direct line to charge their general of horse… he discharged his carbine ﬁrst, but at a distance not to hurt us, and afterwards one of his pistols, before I came up to him, and missed with both: I then immediately struck into him, and touched him before I discharged mine and I’m sure I hit him, for he staggered and presently wheeled o from his party and ran... I heard a voice saying ‘Tis Sir Arthur Haslerigge, follow him’… follow him I did, and in six score yards I came up to him and discharged the other pistol at him and I’m sure I hit his head for I touched it before I gave ﬁre but he was too well armed all over for a pistol bullet to do him any hurt… I ran his horse into the body and resolved to attempt nothing further than to kill his horse; all this time we were together hand to ﬁst. Upon the faltering of his horse his headpiece opened behind, and I gave him a prick in the neck, and would have run him through the head if my horse had not stumbled at the same place.”
With his dying horse able to go no further, the wounded Hesilrige was about to surrender when he was rescued by a group of Roundhead horsemen.