LIVING IN A WAR ZONE:
As the peace shattered, so too did everyday life. Civilians became victims…
No one could escape the impact of the Civil Wars. As the country was torn apart, the conﬂict seeped into every corner of the country, spilling blood in hitherto peaceful places. By the wars’ end, the country was far more heavily taxed than it had ever been under  Charles I’s rule. Taxation ranged from local assessments to a nationwide excise tax on consumer goods. After the war, many wealthy Royalists had their estates seized, and had to pay substantial ﬁnes to recover them. Ordinary people were forced to contribute in other ways as well. Crops and animals were requisitioned or simply stolen. During the Siege of Devizes, Wiltshire, in 1643, the defending Royalists ran short of match for their muskets, so they took all the cords from the town’s beds to boil up in order to make some more.
Localities had to provide men to serve in the various armies. In e History of Myddle, about a village in Shropshire, the 17th-century writer Richard Gough described how his small community supplied around 20 men for the Royalist cause. Of these, he reports that no fewer than 13 were killed. 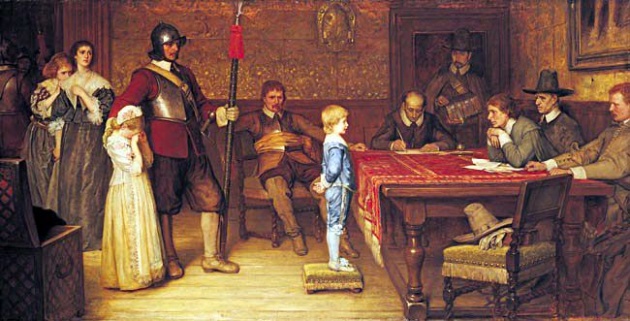 Because they were often short of money, Royalist armies often relied on ‘free quarter’, where towns and villages were obliged to house and feed soldiers at their own expense. As well as the monetary burden, civilians had another reason to dread a visit from an army. Soldiers were, in effect, walking infections, spreading plague and disease as they travelled across the land. e historian Charles Carlton  has calculated that, in England alone, out of a population of about 5 million at the time, at least 180,000 people died in war- related deaths. e proportion is higher even than World War I.
Sometimes, particularly in the southwest, local people fought back. Named ‘clubmen’ after the rudimentary weapons they carried, they banded together in a bid to keep the armies of both sides at bay. On one occasion one group unfurled an intimidating banner. It read: “If you offer to plunder or take our cattle Be assured we will bid you battle.”

WAR CRIMES:
The unwritten laws of war at the time stated that if a town or castle forced attackers to storm it, the lives and property of those inside were forfeit. Many towns and castles were plundered after their capture – 140 wagons were needed to carry the loot from Leicester after it fell to the Royalists in 1645. But, aside from a handful of cases, massacres in England were relatively rare. However, the situation elsewhere was very different. When Dundee was sacked by the English Parliamentarians in September 1651, at least 500 of its inhabitants were killed. 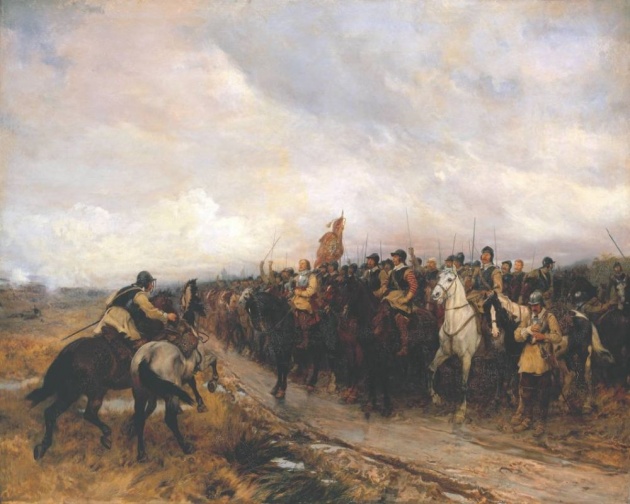 In Ireland, a combination of political, racial and religious factors led to much greater savagery. After storming Drogheda in September 1649, Cromwell’s troops massacred the entire (largely English) garrison together with a proportion of the town’s population. A similar slaughter took place at Wexford a month later. Historians disagree over how many civilians were killed, but the fact remains that Cromwell approved of what happened, regarding the bloodshed as God’s judgment on what he saw as his sinful enemies.

STRATEGIC SLIGHTS:
The capture of many Royalist strongholds in the ﬁnal years of the First Civil War left the Parliamentarian victors with something of a problem. To station soldiers in all of them would have been prohibitively expensive, but to do nothing would surely have left them open to potential future Royalist risings. The solution was to ‘slight’ them, or render them indefensible.
The degree to which this was done varied considerably from place to place. Coastal fortiﬁcations were generally left alone as they were needed to defend the country, and some were merely symbolic. At Berkeley in Gloucestershire, for example, the token slighting saw just a small section of wall demolished. But sometimes the destruction was extensive. The ruins of Corfe Castle in Dorset is  a prime example.
The castle had been a major thorn in the Parliamentarians’ sides. Bravely defended by its owner, Lady Mary Bankes, it had withstood two major sieges before it ﬁnally fell in February 1646, thanks to a case of treachery. A note in the House of Commons Journal for 5 March of that year states that, immediately after morning prayers, the House voted that the captured castle should be demolished. A Captain Hughes of Lulworth was appointed to oversee the destruction, which involved exploding gunpowder under the castle walls. Archaeological investigations have uncovered the trenches dug for the slighting of the outer gatehouse and a cavity, dug by the men who were trying to demolish the keep, can still be seen. Although the demolition work cost over £300 – more than £25,000 in today’s money – it was only partially successful, leaving the spectacular ruins that can be seen today. 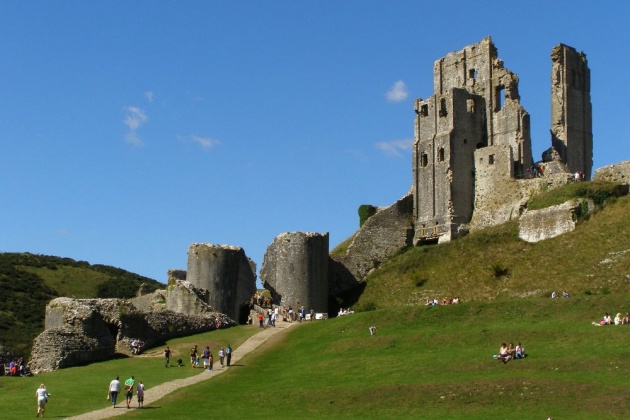