Caroling, It's More Fun in the Philippines

It's quite amazing how a single line of a song brings a lot of memories which come flashing in front of my eyes right there, right at that time, that moment.

I got awakened from my day dreaming earlier this day by the banging of flattened tanzans caps when these kids hit them by hand. These are Filipino kids holding on to public jeepneys while the traffic lights were still red. They'd start singing their holiday songs, random ones without really thinking if the lyrics are even right while they are incorrect most of the time.

My childhood memories are still stuck in my head, the songs played earlier had me on an LSS mode, last song syndrome it is, I can not escape. It repeated on an infinite loop and I can't help but sing along with it, it had me saying what to do, yani?

I have to start writing or else I will have the song continuously playing on my head without a stop it even a pause, so here you go, I had just started it with a five stanza introduction to this happy go lucky blog talking about caroling and why it is more fun in the Philippines. Let's dig in.

Christmas Caroling - What Does That Mean?

A Christmas carol (also called a noël, from the French word meaning "Christmas") is a carol (song or hymn) whose lyrics are on the theme of Christmas, and which is traditionally sung on Christmas itself or during the surrounding holiday season. Christmas carols may be regarded as a subset of the broader category of Christmas music. - Wikipedia.org

In the Philippines, Christmas caroling is more than just a song. It has more meaning to every single Filipino, it brings different varieties of memories and I believe every Filipino has something to think about when we talk of the topic, definitely something they could laugh about.

Let me talk about my own fare share of experiences.

Back in my grade school year, my childhood friends and I would go around the neighborhood singing songs to each household, in return, they house owner would be giving us coins then we will move on to the next house.

Oftentimes, we were able to gather a good amount of money and divide it equally among ourselves. This was a norm from October until January. We go by groups and we have someone to note which song to sing because we have to sing a different song from the previous one as the previous house owner might hear that we were just singing the same songs over and over again. It was a great idea to shuffle the song list every now and then. 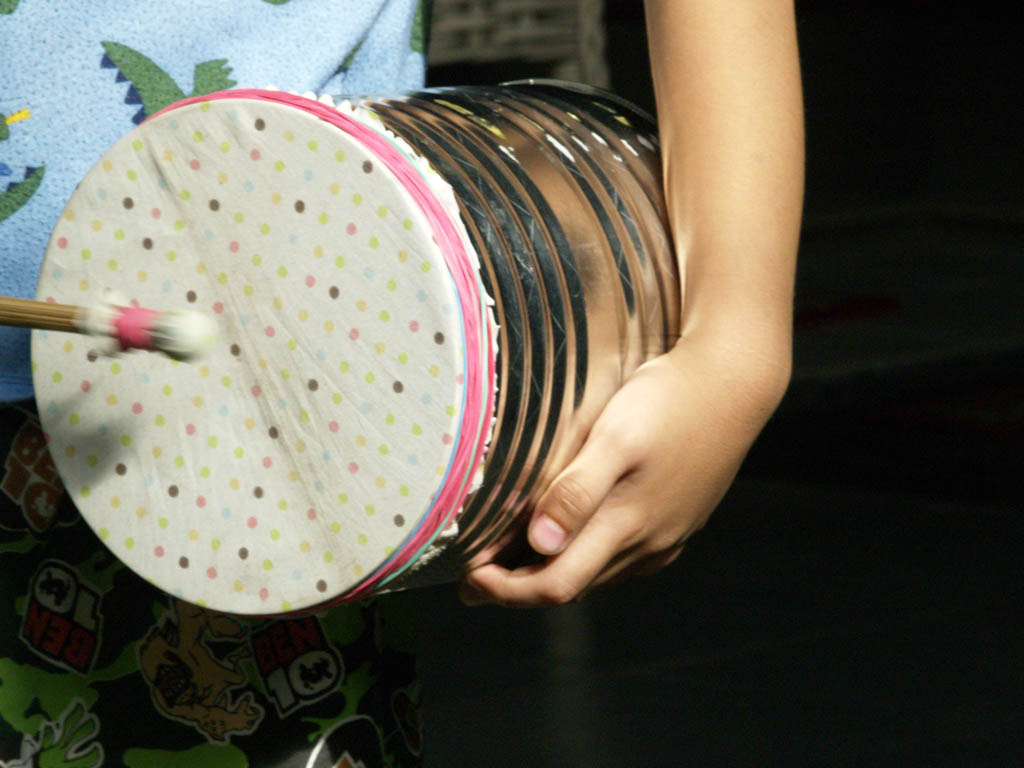 Another one will be assigned to hold the money, this person would be the most trusted of the group and he or she will be dividing it as well afterwards.

Just like the kids now a days, we also have out own make shift tambourine. They are made out of bottle tanzan caps which were flattened by the use of hammer, holed at the center and place them altogether in a galvanized wire. We will then sing another song after each house visit, the thank you song, I'll share how that is sang later on. 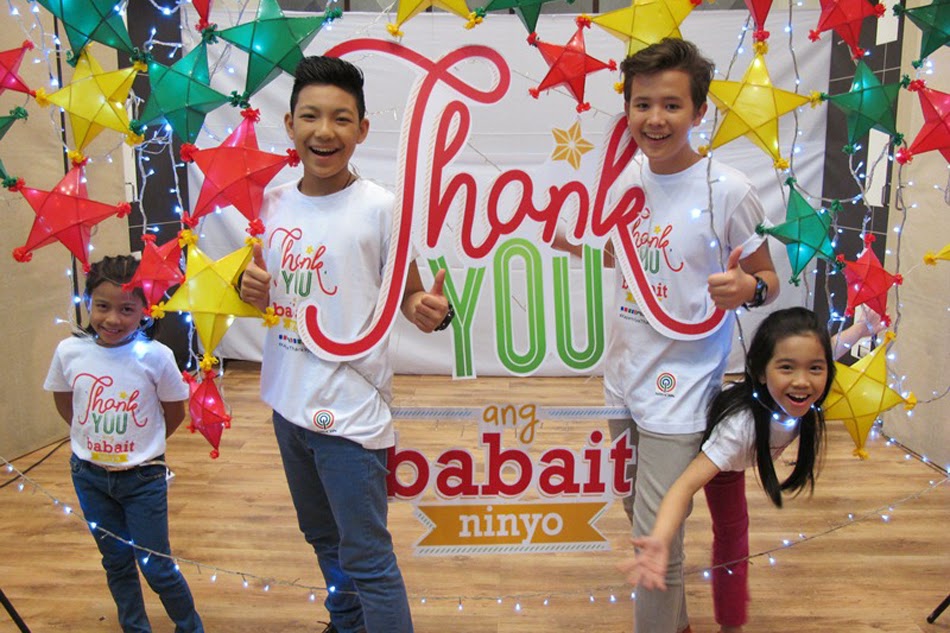 This was a normal activity which can either make the house owners happy or angry. Why angry? Well, there are those kids who cheat by returning to that house every day because perhaps that house owner gives a good amount of coins or candies.

So Why Is It More Fun in the Philippines?

I have listed a few points here why I feel that Christmas caroling is quite unique to the Filipinos. Although there are some who feel like obligated to listen and give, there's more about the caroling in the country which makes the children and even adults look forward to it. 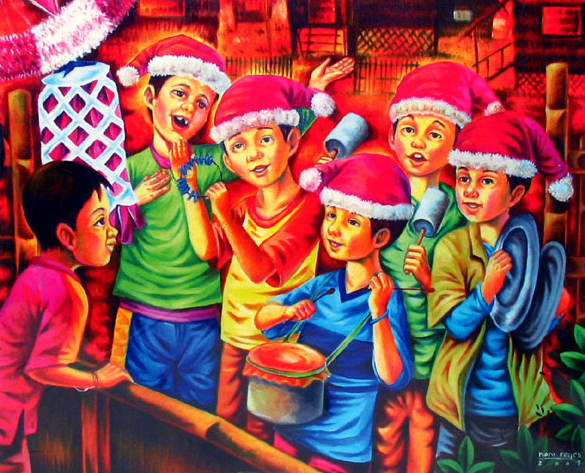 I remember my friends calling me every night at home, shouting my name, singing the carols, talking about random neighbors' names, this was a signus that it was time for us to go and start the night with singing and at some point dancing too.

I never had a bad memory about caroling. It was always fun specially that we have a formal approval from the parents to do so.

This usually happens at night because that's the time when all the houses have paople inside, in the morning most are out for work or school. And we as well are at school so it is only possible to do this at night but of course we do have our own curfews.

It's fun to be with friends, I pretty bet you too if you're a Filipino have your own fair share of memories with your friends when you were singing those Christmas carols back then.

We had no other intention but to sing and ask something in return. Perhaps it's endemic in the country where singing at doorsteps and asking something in return without really asking permission first if the home owner would allow.

• Children earn money and it is not considered child labor

Yup. Caroling may seem a fun activity but the money collected at the end of the night was the main motivation of each single child out in the streets. Believe it or not, there's always a money involved in this activity and children earn them without being subjected to any child labor issue.

Cool right? It's not really considered as begging. Begging is different. This is what we refer as tradition. We didn't know who started this but we are grateful they did.

Up until these days, the same caroling activity is still present in the country, wherever it is, there are children and parents courageous enough to allow their kids to sing out in the neighborhood, why? Becuase it is our tradition. It has become a trademark of the Filipinos.

• It is noisy but a happy noise

Beating the make shift tambourines can be noisy. Banging that tin can drums create garbage noise specially that the two don't really come well is not so pleasant to the ears but when there are children's voices mixed to it, they sound like angels singing.

Yes, there's a tendency to become noisy and children are not particular about the noise as long as they are enjoying so if one group does this, please don't get angry at them, they are enjoying that moment of childhood.

• It creates bond and camaraderie among the children

We often wonder why children of the 90s and the previous generation are quite happier than the children of the millennial days. I guess this boils down to what were the happenings before and the current situation.

Before, children can freely go out and spend time with friends without the parents fearing of anything. Now, parents think twice if they'd allow their kids to be out because of the bad elements of the society. Or perhaps kids thenselves are not anymore into outdoor activities due to the computer games which kept them busy and stuck inside the house.

While staying inside the house is safe, it won't encourage interpersonal skills. This kind of skill can only be learned through going out and spending time with other kids too. It builds self confidence and camaraderie among the others of the same age.

So far that's what I can think of right now. I believe there are more reasons as to why Christmas caroling is more fun in the Philippines.

I hope you had enjoyed this blog as much as I did! Thank you for reading, here's how we sing the thank you song: