Champions League Semi Finals, the draw, a classic match drawn, should have been the final 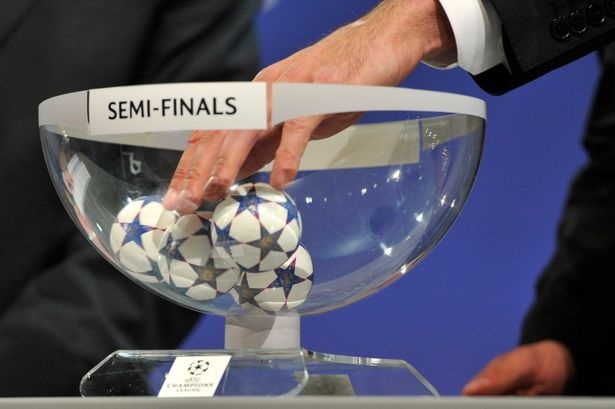 Champions League is coming to its full capacity of excitement, the Semi Finals are near and the best drama of the game is coming soon. The quarterfinals that were played in this last week and the result was somehow shocking with the surprise victory of Atletico Madrid. The four names were put-up in the drawing pan with four names Real Madrid, Bayern Munich, Chelsea and Atletico Madrid names in it. These all four teams are deserving candidates for a place in the final of the competition because of their own efforts and merit in the game, however, some people challenge the place of Atletico Madrid but there is no truth justice in this as this is the team that beat Barcelona, the best team in the world. 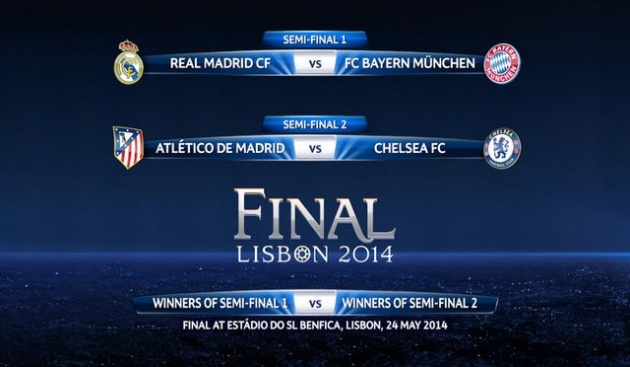 Chelsea progressed to second last stage of the championship by beating PSG with a great comeback of their own, their comeback that was an excellent advertisement of the game and competition. Losing the first leg of the match 3-1 and then scoring the final goal of the tie in second leg at 87th minute and registering one of the greatest comebacks in football history books in my view. Bayern Munich won their tie against a huge rivals with the name of Manchester United, United on paper and with history have some superiority over Bayern but their ongoing struggles ended them with exiting from the competition. Bayern Munich have been one of the favorites in this competition specially after winning the same competition last year. Real Madrid on won their tie against BVB with a nervy second match of the two-legged quarterfinal. 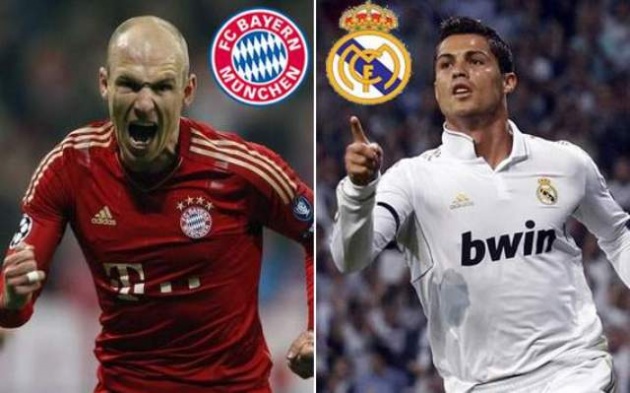 The draw has been made on Friday and it is turned out to be what that was a horror before the draw. The two most favorite teams of the competition at this moment are into the semi finals ensuring that one will have to be eliminated. Real Madrid and Bayern Munich are also one of the biggest clubs in the world and both have their supremacy over football world, having some of the best players in the world are somehow equal in power. I personally expected and hoped that these two giants and titans of club football in the world will come face to face in the final but this will be interesting and will have fun in it seeing both teams coming face to face and reliving the recent history of their matches. Real Madrid met Bayern Munich in 2012 season when Bayern Munich was led by legend jupp heynckes while Real Madrid were under the charge of Jose Mourinho. The match was at the same stage and by then Real Madrid were favorites of the competition and the match and on the contrary Bayern Munich won the tie on penalty shootout. That was a painful result that season, especially when Real Madrid were in-charge of their domestic league and were flying towards the tenth Champions League trophy. This time Real Madrid are favorites to win Laliga this season and are on course to a classic finish to the season while Bayern Munich have won their domestic league before the end. 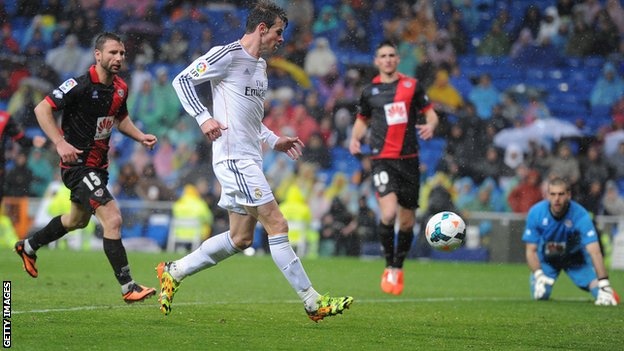 Both teams boast a great confidence and can hurt each other; Real Madrid had great summer purchases of big players like Gareth Bale, Isco and other top players. The team is under the management of Carlo Anceloti and there is some belief that Real Madrid will surpass the challenge ahead of them by conquering Munich. Anything that may come after this round it is for sure that this will turn out to be a great and a classic encounter one which cannot be overlooked. 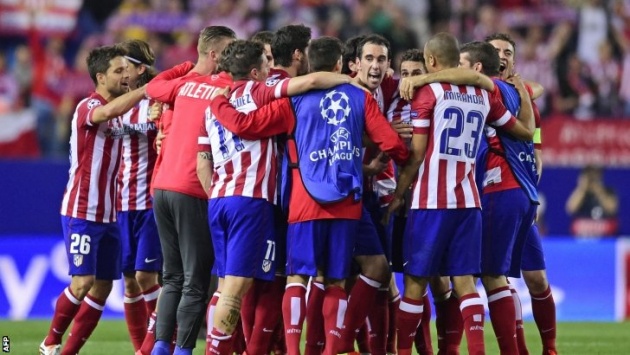 As one of many Real Madrid fans I want them to beat the Bayern Munich but any success will depend on the performance on the pitch and there is some expectations that should be met this season after when Real Madrid spent huge sum of money. In the other match Chelsea are to meet Atletico Madrid in another good match because of both the teams. This match will also be a reliving of a match between both teams in European Super Cup when Atletico Madrid defeated Chelsea with the help of a classic display from Falcao. I personally think that Chelsea will surpass the challenge of Atletico Madrid because they have enough quality with the likes of Eden Hazard, Eto’o and other great superstars. 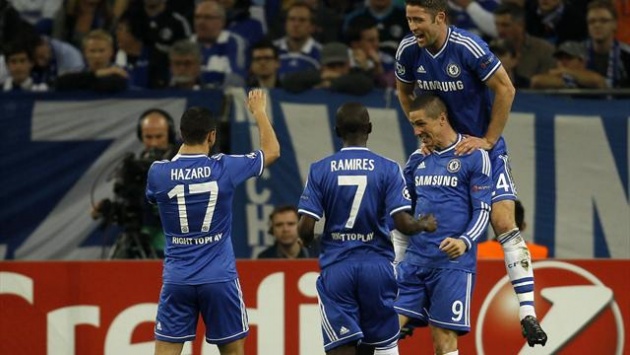