Not every character in the book is fanatico. There are citizens who give some hope: they, in fact, seem to act with their own minds. But all that glitters ain't gold, and soon comes out what these figures really are.

The first element to be analyzed is Bernard Max: he is unappreciated by most of the people he meets and knows. This is strange considered the fact that Bernard is an Alpha-Plus, and should be appreciated and revered thanks to his class. 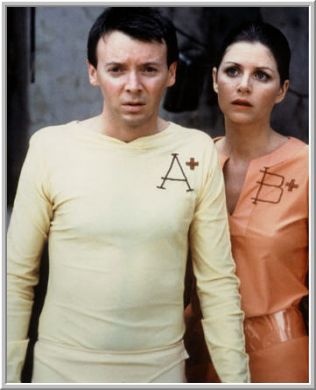 He is underestimated because of his aspect: Bernard is an Alpha-Plus with the somatic traits of an Epsilon, which is the lower class of the World State. As if that wasn’t enough, Bernard doesn’t respect the rules of sociality existing in the dystopian society: he doesn’t like to play golf and desires to be alone. All these aspects together give a lonely character, but with a personality which most of citizens lack of.

Bernard is the first element who makes the reader think there are free thinker also in the World State; but the hope which the man brings quickly disappears. When he gains prestige from having discovered John in the reservation, his behavior become fanatico as the one of other citizens. This clearly shows that Bernard isn’t better than others but simply he doesn’t have the means to be like everyone.