The mainland's benchmark Shanghai Composite was down 1.1% to 2,930.23 points after a volatile open earlier.

The index had already fallen about 16% this week, sending shockwaves through global markets.

The dramatic losses and volatility in China has shattered investor confidence and led to sharp falls in Asia and the US over the past days.

On Tuesday, China's central bank cut its key lending rate by 0.25 percentage points to 4.6% in an effort to calm stock markets after the past days' turmoil.

It is the fifth interest rate cut by the People's Bank of China since November last year.

Chinese shares had experienced a year-long rally - mainly fuelled by investors borrowing money to buy shares - which came to an end in June.

The Chinese government then intervened in financial markets to try to maintain momentum in the economy.

Two weeks ago the central bank devalued the currency, the yuan, to boost exports - this raised fresh concerns that China's economy could be in worse shape than previously thought.

Given China's central role in world trade, a slowdown in the world's second largest economy would likely reverberate around the globe. 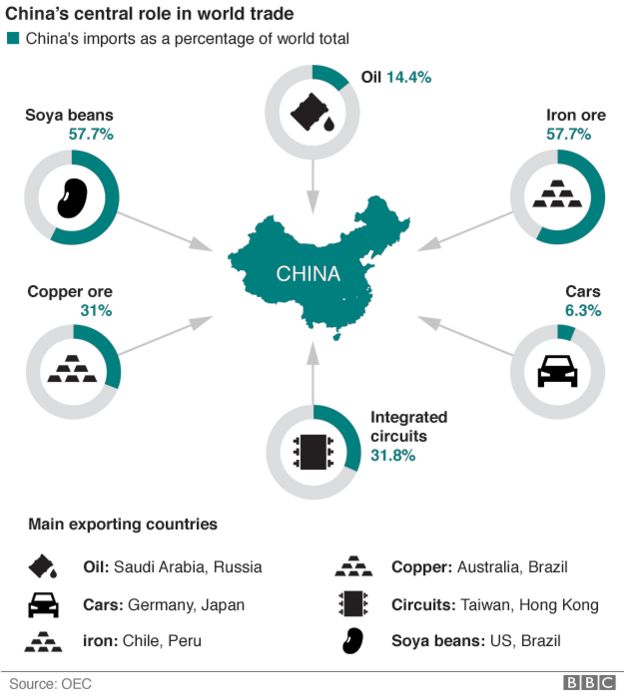 Read more: The six Cs of the China stock slump

The stocks fall in facial expressions

The Nikkei's gains come after a painful week for the Tokyo index which had shed more than 8% in the past two sessions.

Overnight, European and US markets saw another session of volatile trading.

Read more from our experts:

Robert Peston: Why is the FTSE 100 shrugging off Shanghai Noon?

Duncan Weldon: What next for the global economy after China market woes?

Andrew Walker: How the China share slump affects the rest of the world