Christmas tree: One of the Main Christmas Tradition 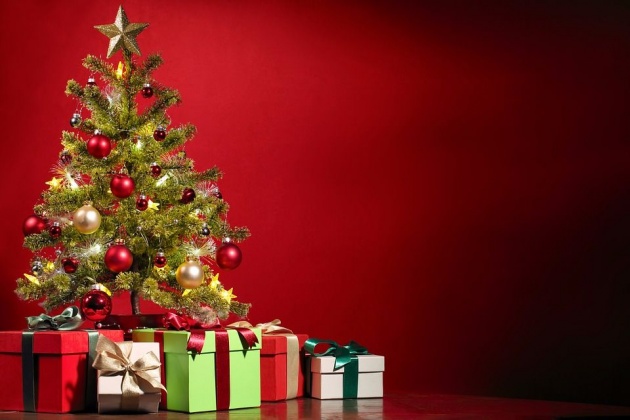 On Christmas people especially decorate evergreen trees like pine, fir and spruce. People also decorate artificial trees which looks similar to an original tree, associated with the celebration of Christmas. Before the origin of Christianity green trees in the winter were also important as after Christianity, and on that time these green tress had a special meaning for them. The history of Christmas tree discovers, from very earliest winter solstice celebrations like Queen Victoria and the annual lighting of the Rockefeller Center tree. In 16th century, the first tradition of Christmas tree was developed by Germany in which religious community of Christians brought decorated Christmas tree into their houses. In 18th century, before the advent of electrification Christmas trees were decorated with lighting candles but later on these were replaced by Christmas lights. During the half of 19th century, this tradition was got popularity beyond Germany among the upper classes first. Christmas tree was traditionally decorated with nuts, candies, apples and other food items. Nowadays in modern era, Christmas tree is decorated with chocolates, candy canes, gingerbread, ribbons, tinsel, baubles and garlands. At the top of the Christmas tree star (the star of Bethlehem from the Nativity) or an angel (the archangel Gabriel) are placed. 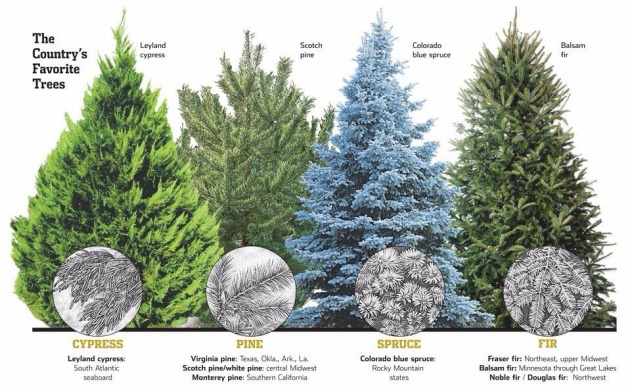 How it all got started???

In ancient time people hung evergreen boughs in and outside their houses. The reason was that they believed in doing this, they would keep safe from ghosts, illness, evil spirits and witches.

On 21 December, in the Northern Hemisphere day becomes short and night becomes long. It is called the winter solstice. In ancient time, people considered the sun as a god and they believed winter season came because sun which they considered god had become weak and ill. So they celebrated winter solstice because according to them sun god would become get well. After hung evergreen boughs they also believed that green plants and trees would grow once again and in summer the sun god would also become strong.

The ancient Egyptians worshipped a god which they called Ra. Their god had the head of a falcon or hawk and crowned with the sun disk. According to the ancient Egyptians at the winter solstice when their god Ra got to recover from the illness, they brought leaves of palm into their homes and valued these evergreens leaves as a symbol of life over death.

On 17th December at the solstice winter, Romans organized a festival which was continued one week called the Saturnalia. This festival was celebrated in honor of Saturn, the god of agriculture. According to the Romans that the solstice meant that soon orchids and farms would be green and fruitful. On that occasion, they decorated temples and their homes with evergreen boughs. The mysterious predictor priests of the ancient Celts also decorated temples with evergreen boughs as a symbol of everlasting life in Northern Europe.

“The pilgrims’s second governor, William Bradford, wrote that he tried hard to stamp out “pagan mockery” of the observance, penalizing any frivolity. The influential Oliver Cromwell preached against “the heathen traditions” of Christmas carols, decorated trees, and any joyful expression that desecrated “that sacred event.”[1]

General Court of Massachusetts made a law in 1659, (other than church service) that if people hung decorations on 25th December it would considered an offense and they would pay fined. This law was continued until the 19th century, but after the influx of Irish and German immigrants the Puritan legacy was undermined.

The Christmas tree was become so popular for the first time in Britain, when the sketch of Queen Victoria and her husband named Albert, Prince Consort standing with their children around a Christmas tree was published in the Illustrated London News in 1846. Soon this sketch of royal family became popular. From here not only in Britain but America the tradition of Christmas tree had arrived. 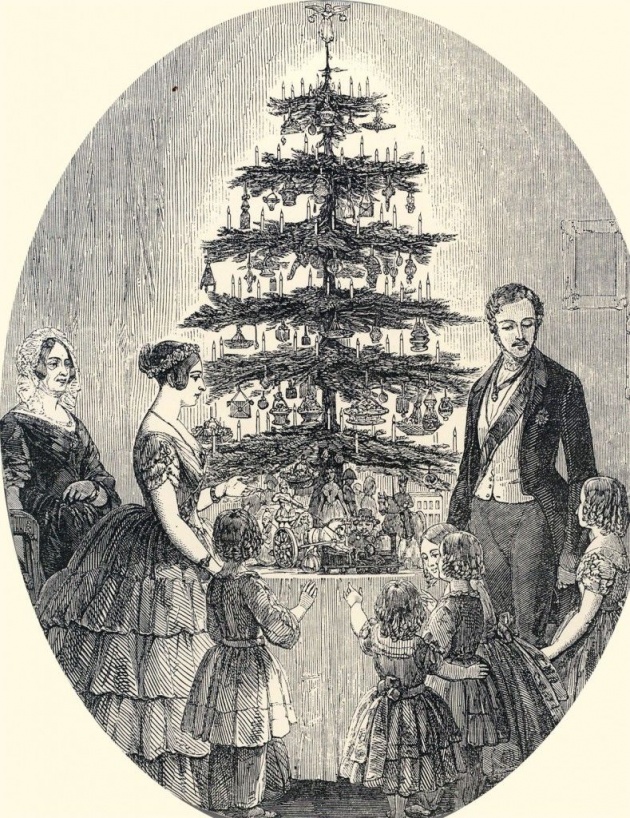 In 1890, Germany introduced the trend of Christmas tree ornaments. Europeans people used small trees having four feet height and Americans liked such trees for their Christmas which reach from floor to ceiling.

“Rockefeller Center is located in midtown Manhattan, between 48th and 51st Streets and Fifth and Sixth Avenues. New York City” This center is popular for area of planting tallest trees.[2]

Christmas trees around the World:

In Britain, people decorate their homes with special tree genre known as “The Norway spruce”. This is special genre of traditional tree species which is used as a vital part in Christmas celebration. The following tree has so long history. It is believed that it was found in early stages of earth such as “Ice Age” later on it was reintroduced in early 1500s.

In Canada, it believed that Germans settlers arrived to Canada from United States in year 1700s and these are the people who brought these traditions to Canada and also Christmas trees along them decorated with gingerbread houses, cookies and many other Christmas delights.

When Queen Victoria’s husband Prince Albert decorated Christmas tree at his Windsor castle, later on due his this act Christmas tree became traditions among United States, Canada and England.

In Brazil, Christmas is celebrated during the summer season. Most of Brazilians decorate pine trees with little pieces of cotton which represent falling snow.

In Italy, one of the most important way of celebrating Christmas is represents Presepio (manger or crib) in miniature the Holy Family in the stable & is the center of Christmas for families. Musicians sing before it and people kneel before it.Usually they use Presepio figures which are basically handmade and are made in such way to keep every detail in view it also has detailed features of dresses. This is often scene in triangle shape set. It’s like the pyramid structure and named as ceppo. This is basically a wooden frame which is assembled in way to make the pyramid height measuring several feet. It is decorated with colored paper sometimes pine cones, sometimes small candles are also affixed on tapering sides of the pyramid. Sometimes small doll or even star is also hung at the peak of triangle sides. Its shelf contains small gifts like fruits candies or many other presents. Ceppo is considered as the old tree of light which has become a Christmas tradition rapidly. Even in some houses people make ceppo tree for each of their children separately.

In Philippines, people use handmade trees in an array of sizes and colors because fresh pine trees are too expensive is here. In December, parol and star lanterns appear everywhere in Philippines. They made it made from bamboo sticks, covered with colored Japanese paper or cellophane paper and usually feature a tassel on each point. In Philippines, it is the most popular Christmas decoration. 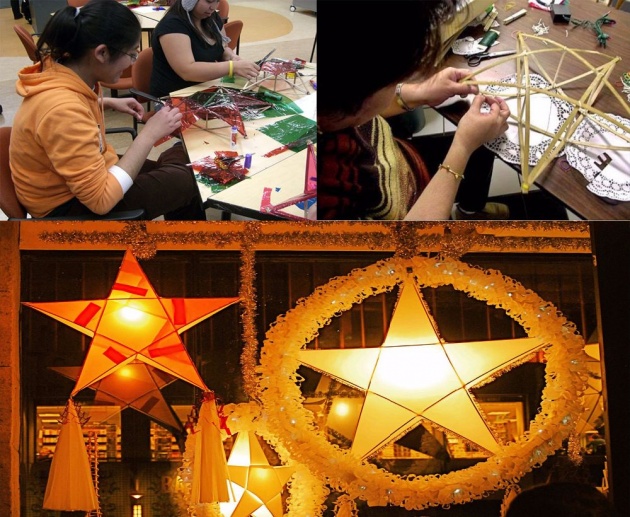 In Ireland, people bought Christmas trees anytime in December. They decorate Christmas trees with tinsel, baubles and colored lights. Some people placed an angel or star on top of the tree and hung mistletoe or wreaths on the door. They also decorate their homes is with candles, garlands, holly and ivy.

Japanese celebrate their Christmas in a very secular way and devote to the love of their children. They decorate Christmas tree with dolls, paper ornaments, toys, wind chimes, lanterns, gold paper fans and put candle miniatures among the branches of the tree. In Japan, “Origami Swan” is considered one of the most popular ornaments. 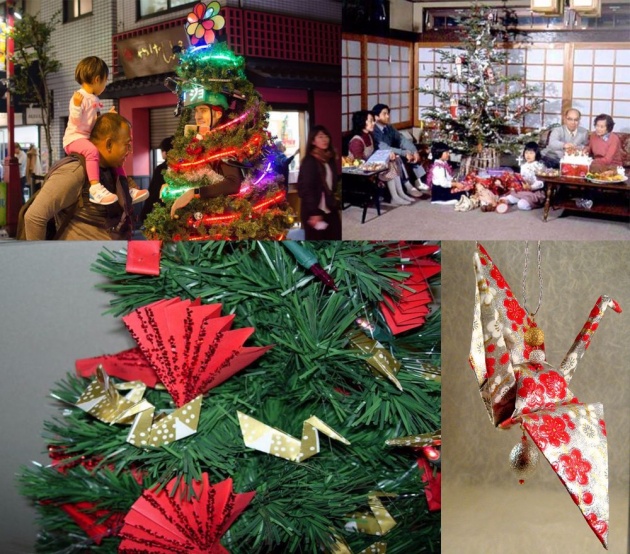 In Norway, nowadays people arrange a trip to the woods for the selection of a Christmas tree. There until the half of 19th century, the tradition of Christmas tree was not introduced from Germany. It came so late to the country districts. In Norwegians families, when Christmas evening arrives, parents closed the door behind them during the decorating of Christmas tree while the children wait with excitement outside. Norwegian according to their religious ritual (which is known as “circling the Christmas tree”) join their hands form a ring and then walk around the Christmas tree and also singing carols. At the end gifts are distributed.

Thanks for sparing time in reading My 36th attempt for my virtual home "BitLanders".... Stay Connected for more articles.....  ツ

Since I got my first computer, I enjoy going on virtual reality sites to buy different virtual homes…