Confession of A Dark Past

God always has His own reason why things happened and why people met along the cross roads. Distance is far but two people met in other way.

I have my friend here, my other friend from California introduced someone that she knows from California. An aquaintance that she met just 3 months ago. She found him so kind and pleasant and so she asked me to introduce my friend here to her friend from California. And yes, these two people met through skype and later on got to know from each other since then. I can see my friend here was so inspired, loved and happy. I know its because of Him. On the other hand my friend from California told me that her friend looked so inspired and happy and she knew that it's because he is inloved too with my friend here. Until one day, my friend from California found out something about her friend. Something from his past that is not pleasant. A serious accusation of him that questioned his character. A serious matter that affects his intire being. She told me about that issue and we decided to tell it to my friend here. We have to tell her before anything  go deeper between her and him. But my friend couldn't believe it and for her, it is so difficult to accept that reality and I advice her to not let him go that easy and find out the real story. That man deserves a chance and judging him without hearing his side isn't fair. So my  friend waited and continue her relationship with him. He didn't sense anything that my friend already knew his past. Until one day, he told my friend he has something to tell her. Something from his past. He has to tell his past in order for him to start his life clean, free from dark secrets.

" I love you and I want to be honest with you. I don't want to hide something from you because I want to settle my life with you forever. If ever you can't accept my past and walk away, I will understand and will not get angry. I was too young then but all I can say is that, the accusation was not true. I can accept the deal which is to rehab myself for six months and then I will be a free man again. But their questions are crazy and sick, forcing me to admit it that I do it when I know that all those things were lies. So I'd rather make myself be in prison for five years than admitting it wich is not true."

After the confession, my friend cried and salute that man's bravery to confide his dark past. I know it's not easy to tell the truth. To share it to someone, but he did. He deserves to be heard. He has his story and my frined knows he's telling the truth. Thats was more than 20 years ago and that past still haunt him. But everything now was being told and he's a free man again. 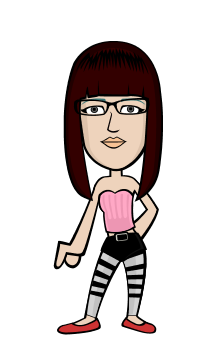 A hard working mom whose mission in life is to give better future for my kids and family.