Embankment Dam
Earth or rock with impermeable core
Core of clay or concrete, extended below ground
Safest of all dam types against the risk of damage by earthquake 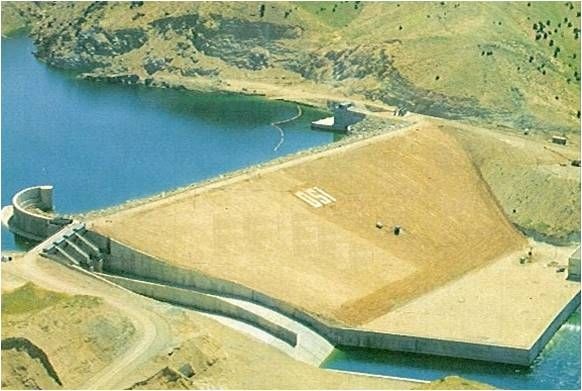 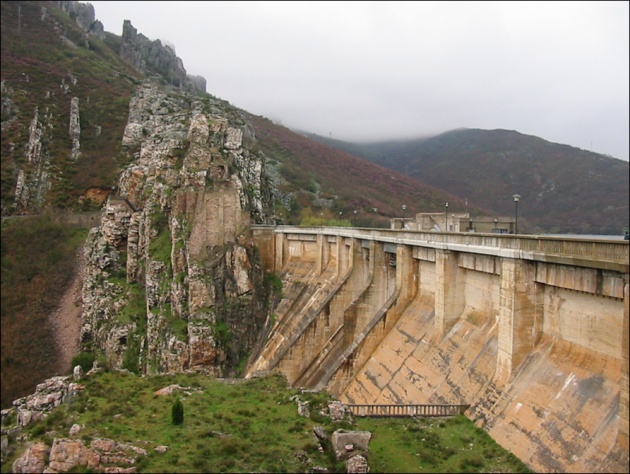 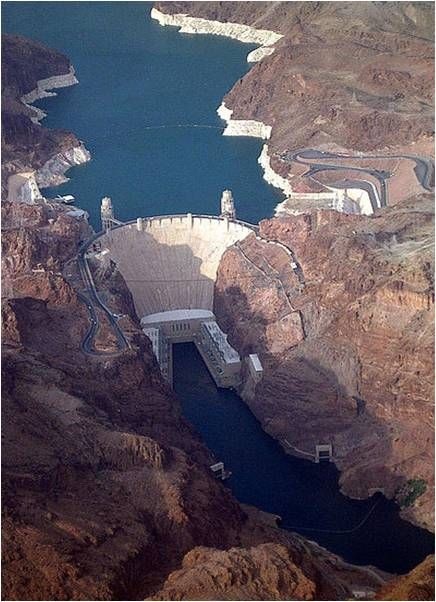 Buttress Dam
It is hollow gravity dam
consists of a series of inclined watertight slabs as its upstream face, supported by a series of buttresses which are triangular in vertical section
less massive than gravity dam
foundation loads are high, but may be reduced by widening the base of the buttress 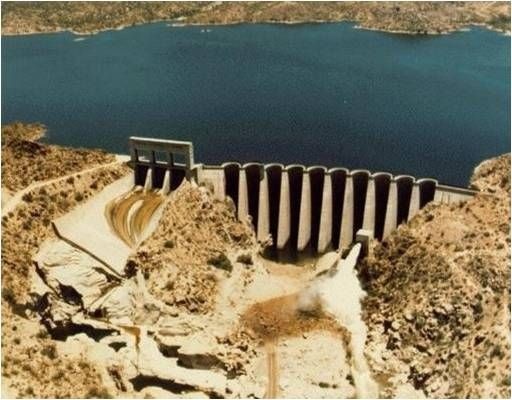 Defects in Rock Mass
Joints
Sheared zones (faults)
Crushed seams (faults)
Soil infill seams
Extremely crushed or altered seams
Joints
Almost planar surface or crack, across which the rock usually has little tensile strength. May be open, air or water-filled, or filled by soil substance, or rock substance which acts as cement. Joint surfaces may be rough, smooth or slickensided (polished).
From less than 1 metre, up to 10 metres.
Shrinkage on cooling (igneous rocks). Extension or shear (any rocks) due to tectonic stresses, or unloading.
As joints are typically of limited extent, they do not usually present serious problems in embankment dam foundations but may be more significant in concrete gravity and arch dam foundations.
Treatments for jointed rock usually include excavation, grouting and drainage.
Sheared Zone (Faults)
Zone with roughly parallel almost planar boundaries, of rock substance cut by closely spaced (often <50mm) joints and or cleavage surfaces. The surfaces are usually smooth or slickensided and curved, intersecting to divide the mass into lenticular or wedge-shaped blocks.
More than 10 metres, up to kilometres.
Faulting, during which small displacements occurred along  slickensided surfaces distributed across the width of the zone. 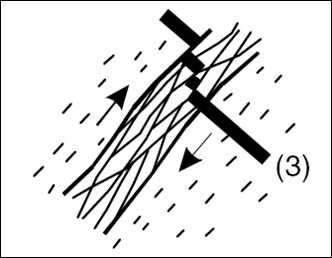 Crushed Seam (Faults)
Seam with roughly parallel almost planar boundaries, composed of usually angular fragments of the host rock substance. The fragments may be of gravel, sand, silt or clay sizes, often mixtures of these. The finest fragments are often concentrated in thin layers or ‘slivers’ next to and parallel to the adjacent rock. Slickensides are common in the sliver zones and along the rock boundaries.More than 10 metres, up to kilometres.Faulting, during which relatively large displacements occurred within the zone.
Faults are important in dam foundations because they contain material which is usually
of low strength and stiffness in shear;
compressible and erodible, and
of large extent.
Undetected or inadequately treated faults in dam foundations have the potential to seriously disrupt dam construction or operation, or even to cause or ontribute to dam failure.
A thin crushed seam contributed to the failure of Malpasset Dam in 1958. 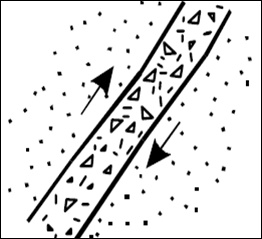 Soil Infill Seams
Seam of soil substance, usually with very distinct roughly parallel boundaries. Thin seams usually CH; thick near-surface seams sometimes GC or GC-CL
Less than 10 metres, within near-surface mechanically weathered zone, or in rock disturbed by creep or landslidingMigration of soil into an open joint or cavity.
Extremely Weathered or Altered Seams
Seam of soil substance, often with gradational boundaries. The type of soil depends on the composition of the original rock.
Varies widely, but extremely weathered seams are usually within or near the near-surface weathered zone.
Weathering (or alteration) in place, of rock substance, usually next to or within a pre-existing defect.
Topography and Dam Type
Topography, in large measure, dictates the fist choice of the type of dam.
A narrow stream flowing  concrete overflow dam.
On the other hand, low, rolling plains would suggest an earthfill dam.
Intermediate conditions might suggest other choices, such as a composite structure.
The point is that topography is of major significance in choosing the dam type.
Geology and Dam Type
The foundation geology at a damsite often dictates the type of dam suitable for that site.
The strength, thickness, and inclination of strata; permeability; fracturing; and faulting are all important considerations in selecting the dam type.
Some of the different foundations commonly encountered are
Rock Foundations
Gravel Foundations
Sand Foundations
Clay Foundations
Rock Foundations

Competent rock foundations
are free of significant geologic defects,
offer few restrictions as to the type of dam that can be built upon them.
The economy of materials or the overall cost should be the ruling factor.
The removal of disintegrated rock together with the sealing of seams and fractures by grouting is frequently necessary.
Weaker rocks such as clay shales, some sandstones,and construction of a dam and may heavily influence the type of dam selected
Gravel Foundations
Gravel foundations, if well compacted, are suitable for earthfill or rockfill dams.
water percolation at high rates, special precautions must be taken to provide adequate seepage control or effective water cutoffs or seals.
Silt or Fine Sand Foundations
Silt or fine sand foundations can be used for low concrete gravity dams and earthfill dams if properly designed, but they are generally not suitable for rockfill dams.
Design concerns include
nonuniform settlement,
potential soil collapse upon saturation,
uplift forces,
the prevention of piping,
excessive percolation losses,
Clay Foundations
Clay foundations can be used for the support of earthfill dams, but require relatively flat embankment slopes because of relatively lower foundation shear strengths.
Clay foundations under dams can also consolidate significantly.
Because of the requirement for flatter slopes and the tendency for clay foundations it is not so economical
Clay foundations are also ordinarily not suitable for concrete gravity dams.
usually required to determine the consolidation characteristics of the foundation strata and their ability to support the superimposed load. 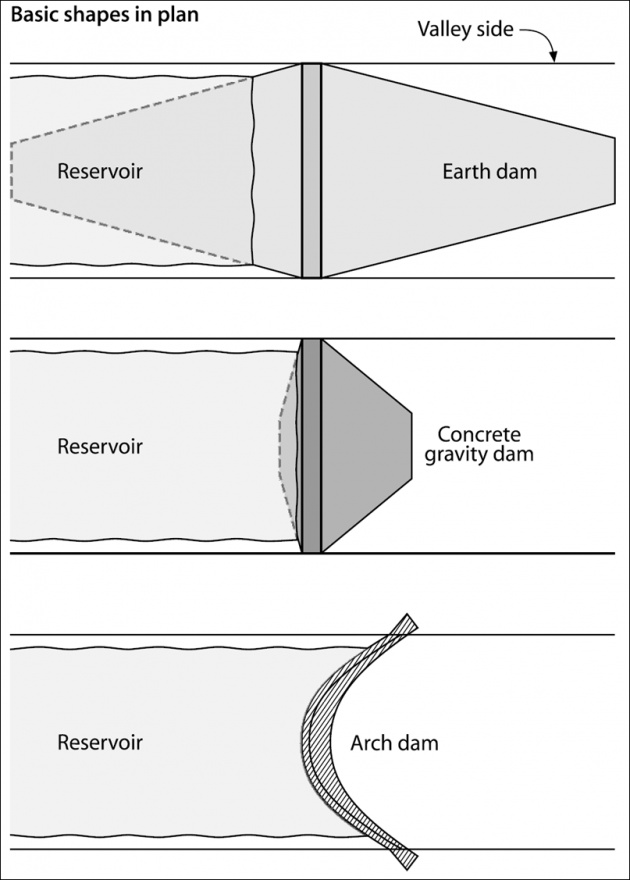 I. Don't. Know what I wrote is okay or not ? Its just my opinion about being a single man in today's…