Film dramas tackling family issues always feel heavy and gives a pinch in the heart. They vary in certain levels, some are simple while others are difficult to resolve like this next film I will be writing about—Dark River. 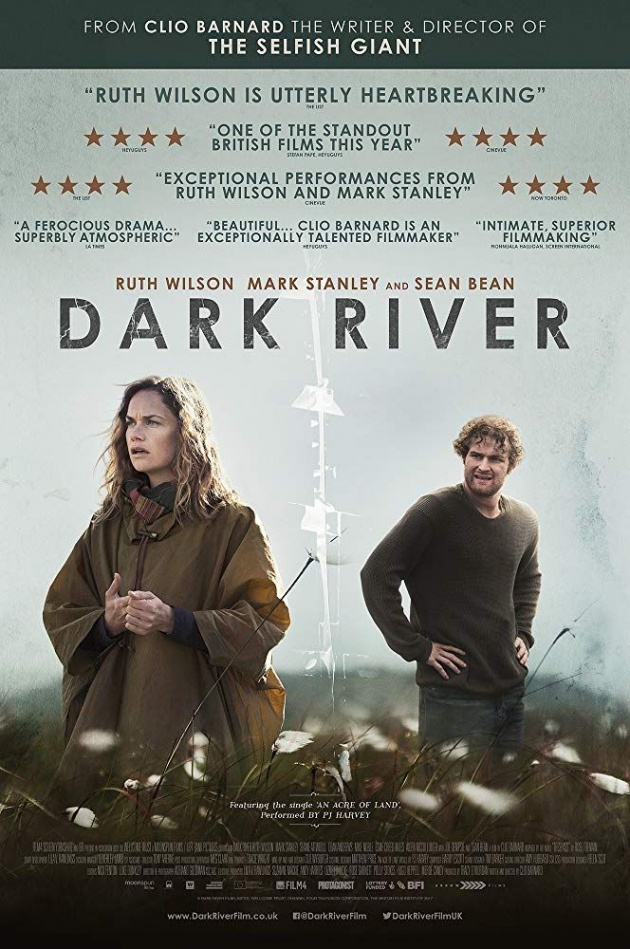 Dark River is a drama, mystery, and thriller film directed by Clio Barnard released on February 23,2018 (UK) and June 29, 2018 (USA) distributed by Arrow Films. The film is produced by Tracy O'Riordan and written by Clio Barnard, Lila Rawlings and Rose Tremain. The film's story is slightly based on the novel Trespass by Rose Tremain.

After being gone for 15 years, Alice quits her job of being a sheep shearer and returns home to claim tenancy of her family's farm after the death of her father. The farm isn't going on well when she arrived. Failing to find her brother, Joe, she left and returned some other day. On her second return to the farm, Joe was there and was quite unhappy of their sudden reunion. Joe accepted her sister after a while, but it didn't go long until Alice told that she is claiming tenancy of their father's farm. The siblings still worked together on the farm with Joe occasionally disapproving of Alice's plans around the farm. 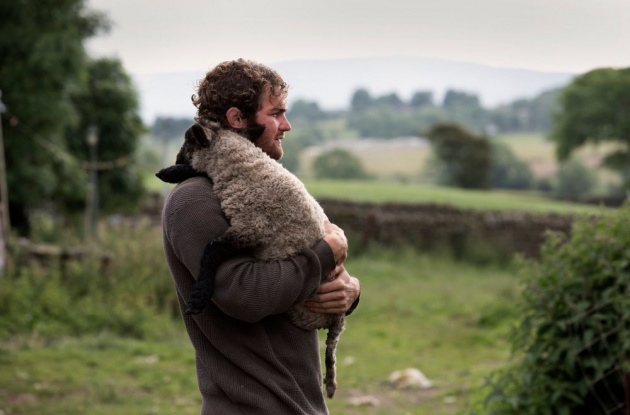 Later on, Joe reveals that he would also claim tenancy of the farm and when he wins, he is pushing Alice out of the farm. Drunk and blinded by emotions, Joe goes out of the house and bathed Alice's Land Rover with gasoline to burn it. Alice saw it and stopped her brother just in time but things were only about to get worse. Luckily, she was able to escape from the farm and reported the incident to the police. Joe was arrested and his absence from the farm gave Alice the chance to see her family's home, Joe's current home. Flashbacks from her past kept appearing on her head while fumigating the house especially when she reached her old room. When Joe came back, Alice went to Joe's house where the land agent announces that Joe wins the right of tenancy to the farm. Joe then sells all the sheep on the farm which Alice completely disagrees with. After getting into a brawl, Joe accidentally knocked Alice out. He then brought her to her old room to recover. When Alice regained her consciousness, the siblings confronted the issues of the past. After it, they both noticed the commotion going on outside. 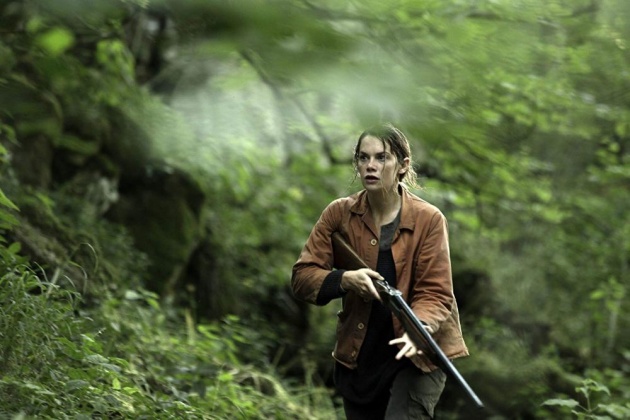 Alice got a gun and chased the dog running into woods whom she thought killed one of the sheep. As she entered the woods, memories from her past flashed back, alternating her visions from reality. She then accidentally mistaken a man into her father which made her pull the trigger. Joe claimed of committing the murder and surrendered to the police. Alice then visits her brother later at the prison and a spark of reconciliation gave them hope for a new beginning. 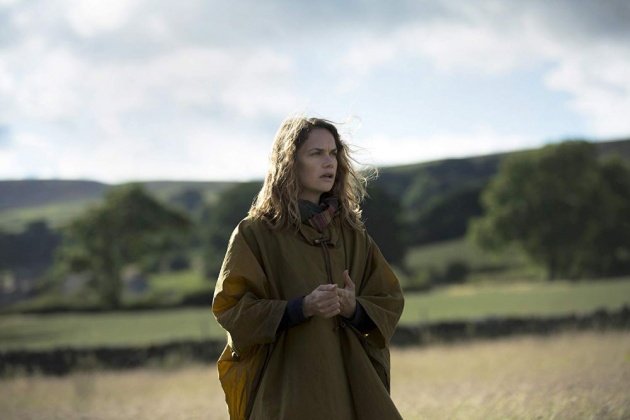 The tone of color used the entire film definitely resonated with its genre and story. Its pale color and dim lighting gave a bleak and heavy feeling all throughout the movie. The long shots to show the vast empty area of the farm with only the sheep walking around just makes the air more gloomy, but on the positive side, it showed the beauty of the land. I like the style where the scene switched between the siblings. Joe was wreaking havoc inside his home while Alice was at her little house preparing to cook a rabbit. The switching of scenes back and forth built so much intensity for me that my eyes were so glued to the moment. The chaos Joe was doing and Alice skinning and gutting the bunny just gave me a really bad feeling on what's happening next, and I was right. (I also felt very bad for the dead bunny. Poor bunny!)

Next thing that I like was the shot inside the vehicle when Alice got out in the middle of the road. Capturing the foggy environment outside and the slightly foggy and misty windows of the vehicle added more drama at the moment. Last, is the part when Alice went to a vast land filled with grass and enveloped with fog. (It was after her brother was arrested by the police for committing murder.) The long shot showing the land with only her on the area certainly exuded loneliness and uncertainty. It made me feel that she is trying to grasp what happened and somewhat unsure of what to feel or what to do next. The close up shot showing her expression while laying on the grass just made the air more dramatic. 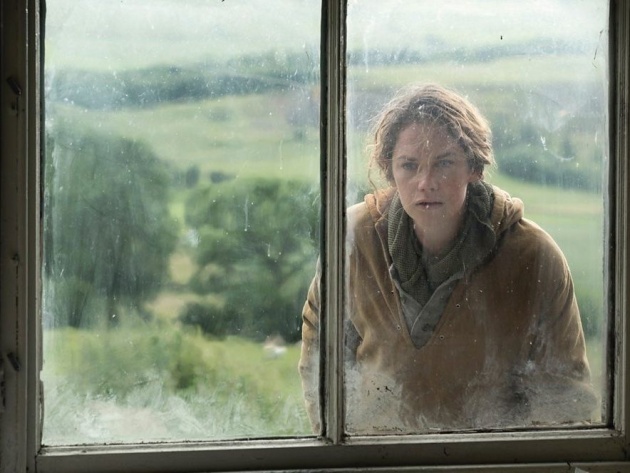 Ruth Wilson and Mark Stanley both did great on their roles for this film. Ruth is an award-winning actress while Mark is a stunning actor and is also known for his role at the HBO series Game of Thrones. Honestly, I have nothing much to say against their performance. Ruth was able to pull off both of the tough woman and traumatized side of Alice. She delivered Alice's misery and anguish perfectly. Aside from that, she also sheared the sheep and skinned a rabbit which is something tough to do in my opinion. (I'd probably cry if I was her holding the bunny.) However, for someone like me who isn't used to hearing British accent, understanding their conversations was difficult for me.

The song used at the beginning and end of the movie is entitled, "An Acre of Land" by PJ Harvey and Harry Escott. I find this song interesting and eerily beautiful. The slow and sad melody complements with the film. Actually, the song was made completely for the film so even the lyrics were exactly for it. The lyrics itself gives a hint of the story of the movie so I was all ears on it when it was played at the beginning.

We all once or maybe a few more times had arguments with our sibling/s. From the food we are eating, to the toys we share, and all the simple things we have in our daily lives. Well, that was during childhood, but for adults, it can be fighting over who’s owning their parents’ inheritance. 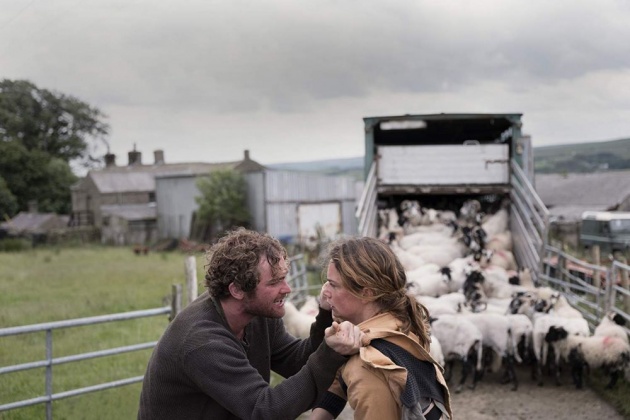 One thing that the film shows is the children’s rivalry for their father’s possession, the farm. This issue totally happens in real life. It’s sad that they have to use force to win over it like hurting your sibling physically or suing them to court. Why can’t they just share it together, right? Or probably they have their own reasons for not sharing it. Every family has their own story, anyway. In the movie, the siblings fight over their father’s farm. They get a land agent to assess who should get the right for tenancy. They would even sometimes get into a brawl or speak curse words if their conversation heats up. 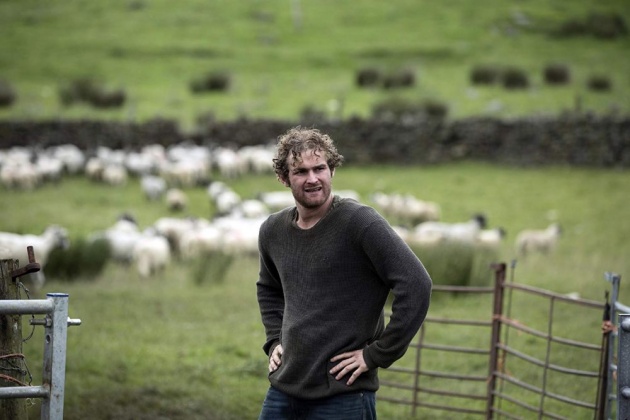 Aside from the property dispute, another is the fact that Joe didn’t help Alice when she was abused by their father. If you are in trouble, you expect your sibling/s to be there for you, right? This wasn’t the case for Alice. She didn’t get any help so she went away from home for 15 years only to return after their father’s death. A sibling who hasn’t done anything to help you when you need them most and a sibling coming back after 15 years to take tenancy of your parent’s land. 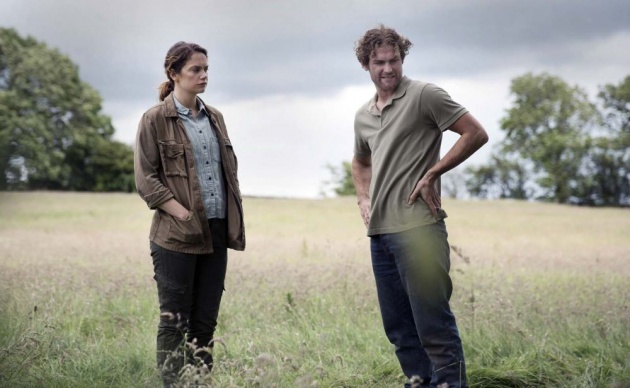 Dark River is a movie tangled in a complexity of family issues. It’s sad to see relationships turn awful because of our wrongdoings, but despite all the tragedies, your sibling is still your family and love for each other will always win over any problems both of you are faced to. At the end of the movie, Alice gave Joe a cut of the plant they’ve been talking about. After a long silence, Alice asked if she could come and visit Joe again next time. Joe agrees before leaving Alice alone at the table.

STANDING STRONG FROM THE ABUSIVE PAST 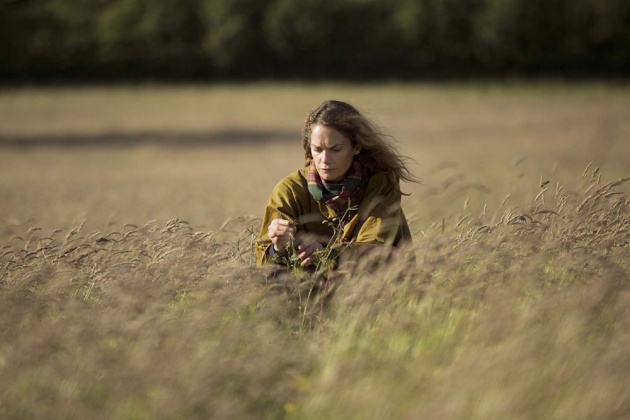 Alice may feel traumatic of the sexual abuse from her father when she was younger but I believe she is a strong woman. In spite of her dark past, she continued to live and fight for the right she believes she deserves. She may seem fragile with her emotions and memories but Alice continues with her life. That, in my opinion, is strength.

Today, lots of women are abused. A sad truth that we must not accept to be normal in society. It’s traumatic and has a big negative impact on a woman’s life. It destroys her future, how she sees the world, and most of all, her entire life. I think the most essential thing to do to end abuse is to respect women, and basically every person. 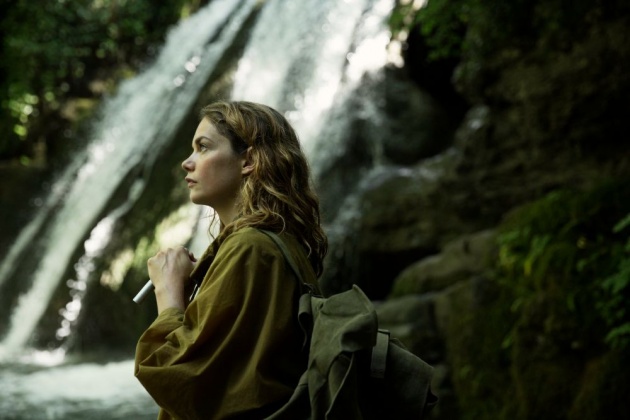 Dark River is a great movie for me. It didn’t make me laugh nor smile but it did give me an intense and sad feeling. The movie is short (1 hour and 30 minutes) but it had effectively shown the effects of abuse to a woman. The last part where the siblings were beginning to have a reconciliation had my tears at the brim. I guess that’s just how great this movie was. It slowly and silently drags your emotions and just surprisingly hit you at the end.