Death is an evitable part of life. some of us human fears it and wants to live for ages. While some of us don't value it and end it in seconds without even considering how their family brought them up. The pain, suffer and struggling they went through, all of their efforts shriveled at once.

Now the actual point is, the mankind fears death. well, certainly they haven't experienced it when living but they do visualize others in such a position. The fear in us never fades. However, death is not the biggest fear we have; our biggest fear is taking the risk to be alive. To go through every hardships and overcome the obstacles in life. We shouldn't allow ourselves to become one of them. We should live.

" Humans are strange, they fear death even more than the pain. They don't think that life hurt us more than the death and at the point of death, the pain is over."

I myself encountered through this phase of life when I was 18 and  lost my granddad. My days went all black. I couldn't of anything else. I was bundled up in thoughts of fear. The feeling of loss, gloominess and sorrow wouldn't let me close my eyes for days. It was a terrible trail. It took few months to overcome such circumstances.

So, The fact is we cannot defeat death. It can clutch us at any time, day of month or year and at any age. It is the certain fact in life that it will end one day. And perhaps the knowledge is the only defining quality of mankind state. And as far as I know, we alone are capable of contemplating the prospects of our demise.

Lets set aside the thoughts of the befalling of us and our loved ones, and things that happens to our mortal remains when we are no longer using them is pretty fascinating. The Human body is  final expedition might not be pretty but at least it is eventful. dying is a very dull, unexciting  case. Why do we always make this fuss about death?  We should use our imagination; try to visualize a world without death! Death is an essential state of life, not an evil. However, as the old saying goes ,

" Death and taxes are the two things that are unavoidable." 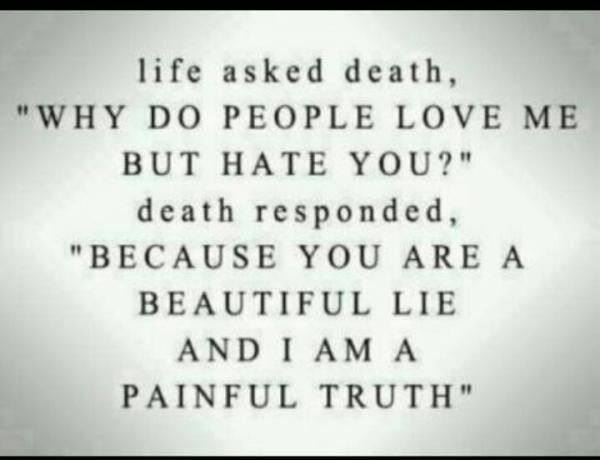 In this normal world, we watch as the different patterns play their role in a tenacious gesture between birth, life, giving birth to new life and then eventual death. Even so, Death is not something to be feared, it is accepted as a small part of the cycle of life. hence, Everyone hast to quite one da and for that we all should brace ourselves. 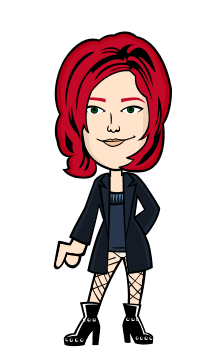