Journal of a Wayward Philosopher
Decentralization and Spontaneous Order 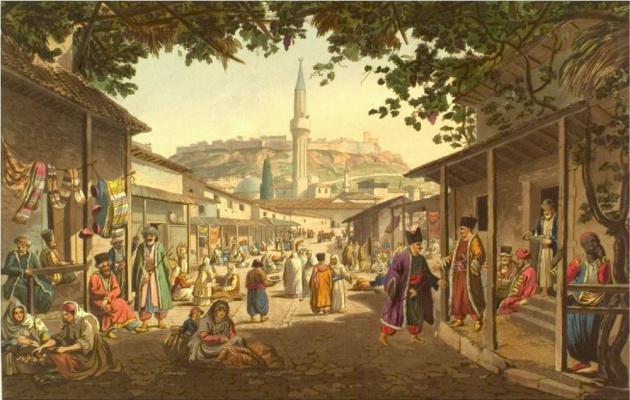 Not much action in the markets this week as Wall Street humanoids are gearing up for the big holiday on Thursday. Only the high-frequency trading machines remain to trade back-and-forth with one another for a few days. Despite this calm, I get the sense that a big move is brewing...

Also worth mentioning, I appeared on the SovereignBTC podcast with host John Bush last week. We had a blast talking about many of the topics I often muse on here in the Journal. If you would like to listen to the interview, you can find it at the LTB Network here.

"That was really sweet what you wrote about Madison..." wife Rachel said after reading my previous journal entry. "But the only thing you said about me was that I wouldn't read past a certain point!"

"Well did you read past that paragraph?", I asked with a wry grin on my face.

My last entry discussed the potential for the family unit to act as a sovereign institution in light of the burgeoning Great Reset, much to the benefit of both the sovereign family and the local community. The underlying theme of that entry, and of many recent journal entries, has been decentralization.

I seek to offer my unfiltered perspective when I sit down to write these journal entries, and I only write them when motivated to do so for that reason. That's why the Journal follows no set schedule whatsoever, though I try my best to post a weekly entry. Sometimes when I re-read my unfiltered entries, however, I get the feeling that readers may come away with a more negative sentiment then I intend to convey.

I see decentralization as extremely exciting, but it occurs to me that the concept may be foreign to many people. Most people, no matter their nationality, have been immersed in nationalistic jingo intended to glorify the centralized nation-state since childhood. I tend to underestimate the power of this social conditioning because I am completely insulated from it (no t.v., no news, no group-think), thus I probably failed to express why decentralization is a good thing in my previous entries.

Most developed nations employ a semi-compulsory public school system, and a large part of the public school curriculum is designed to impart pro-government, pro-collectivist, pro-authoritarian, pro-centralization sentiments to students at a very impressionable age. These themes are repeated and reinforced for twelve full years of primary education, and then four to five additional years of higher education. These memes are then constantly repeated and reinforced to adults by the mainstream news media day in and day out.

For this reason, the deterioration of the centralized industrial nation-state is likely very scary to a lot of people. What you need to understand is that this centralized model is completely antithetical to what Austrian Economist F.A. Hayek called the spontaneous order and the basic traditions of western civilization.

If you want a free and prosperous civilization, you need people to understand and adhere to a few basic rules: Do not kill people. Do not steal from people. In fact, do not aggress upon other people or their property in any capacity. Do everything you have contractually agreed to do, and refrain from doing anything you have contractually agreed not to do.

That's pretty much it. These simple rules are at the heart of both common law and contract law which have been developed over centuries in the West. These simple rules form the basis of just governance and they enable civilizations to grow and thrive spontaneously in a manner that completely respects the primacy and sanctity of individuals.

This model is thrown into chaos when power is centralized and arbitrary edicts and regulations are piled on top of one another by the nation-state's secular legislatures. As the centralized power grows, so too do the shackles upon civilization, and upon the very individuals who make civilization go.

Where individuals once had the ability to act and transact as they saw fit, they now must behave only in ways that are acceptable to centralized authority. Where individuals could once travel freely and conduct business in foreign nations with ease, they now must carry numerous State-sanctioned identifying documents and submit to all manner of disrespectful treatment before permitted to travel. Where individuals were once focused on supporting their families and local communities, they are now expected to subvert all interests to those of the monolithic nation-state.

This is the centralized model, and it is pretty much the same in every developed nation today. This model has given rise to massive governments, massive bureaucracies, massive debt, and massive unfunded liabilities - all under the watchful eye of the central planners who claim to know what is best for hundreds of millions of unique individuals, families, and communities. This is all in clear violation of the Golden Rule that most children understand very clearly before they are sent off to be immersed in the State's propaganda.

To unconditionally support the centralized model, people must necessarily come to believe a number of fairly irrational things. People must be convinced that a faceless, bloated bureaucracy not only has everyone's best interests at heart, but also has the ability to organize society and redistribute money in ways that will be beneficial for all. People must be convinced that thousands of economists convening for periodic conferences and meetings can do something that no economist has ever done before: improve an economy. People must come to believe that money can be created from thin air and then be properly distributed to make society wealthier. People must believe that wealth is created, not from sweat, savings, or entrepreneurial ingenuity, but instead from monetary stimulus programs enacted by enlightened central bank officials. People must be convinced that debt and deficits do not matter because the central bank can simply print more money to buy government bonds. "We owe it to ourselves", say the Keynesians on television and in the economics classrooms. People must come to believe that men and women wearing suits and wielding Ivy League degrees are more intelligent and more powerful than the spontaneous order.

This is why the public school system and the mainstream media is so important to the power structure of centralization.

While the central planners can keep their centralized model plodding along for extended periods of time, the model itself is self-destructive. Centralization ultimately cannibalizes itself as it is locked within close-ended hierarchical structures that are micro-managed from the top-down in an Industrial Age assembly line fashion. The monolithic bureaucracy necessary to facilitate such micro-management is completely parasitic in nature as it produces nothing, but skims a very large portion of wealth from the production of people engaged in commercial activities. The bureaucracy is completely sheltered from market forces and its managers are completely insulated from accountability, thus the only incentive the bureaucracy has is to grow in size and power. Hire more people, spend more money, appropriate a larger budget, garner more influence... these are the sole concerns of the bureaucracy, and it is all funded by the hard work and ingenuity of individuals who press on in the marketplace in spite of all the theft and constraints. Instead of embracing self-determination for individuals, families, and communities, the centralized model creates coercive territorial monopolies designed to live off the labor of enterprising individuals within the territory.

Nowhere else in the natural world do we see such a centralized model employed on such a large scale. Nature operates according to the spontaneous order of decentralization. The reason the free market is so effective at allocating labor and capital, and indirectly organizing society is because it inherently possesses the same respect for self-determination that we see in nature. This is Adam Smith's invisible hand and F.A. Hayek's spontaneous order.

Now to be clear, I don't presume to say that centralization is always and everywhere a bad thing. A little centralization here and there is probably a good thing. Certainly the Industrial Revolution raised many people from the depths of poverty and it built the world we live in today. But the Industrial Revolution was not powered by the centralized nation-state; in fact the exact opposite is true. The monolithic nation-state grew to be so fantastically large in the twentieth century specifically because the Industrial Age created a scenario in which it was fairly easy and profitable to do so.

While the ills of the current centralized model are many, I communicate them to you with a smile on my face. I treat it like one treats a skilled opponent after the final buzzer sounds; you casually walk up and offer a firm hand shake. "Good game, sir."

The obstacle is the path.

As the winds of decentralization continue to blow, many exciting opportunities are becoming more and more apparent. This leaves you with two choices. You can focus on the deterioration of the current model and experience fear and anger as a result. Or you can embrace the rise of decentralization and experience adventure and excitement as a result.

Despite what the central planners may tell you, the choice is yours and yours alone.

Do you require buying the YouTube views? The answer is possibly yes. But the truth is that you can h…

STOCKS TRADING Trading means to buy and sell in the jargon of the financial markets. A system that …