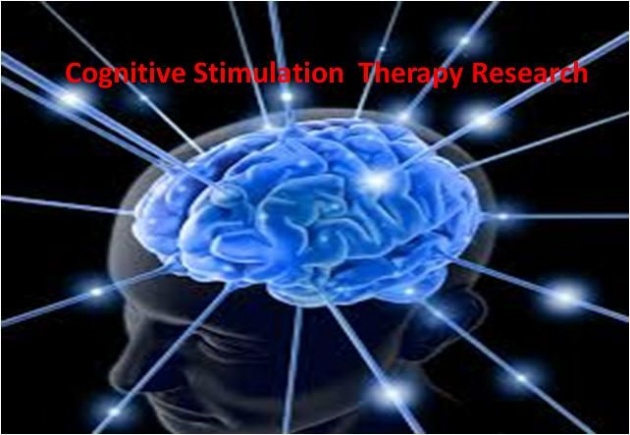 Back when I was in college four to five years ago, me and my colleagues conducted a research about an alternative method to treating dementia. This method is known as Cognitive Stimulation Therapy (CST). (If you are not going to ask, I'm a Nursing graduate.) 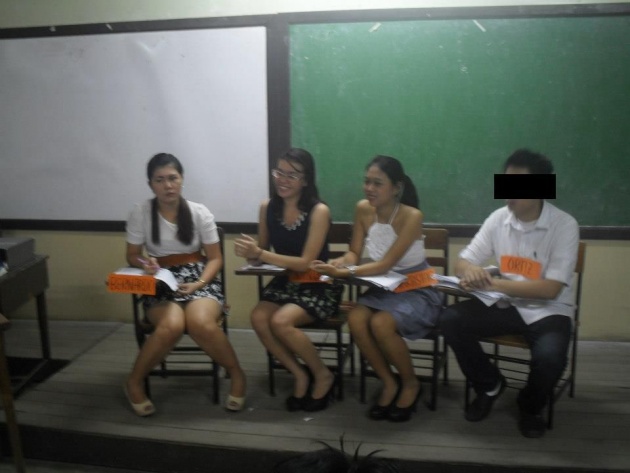 *During my college days: 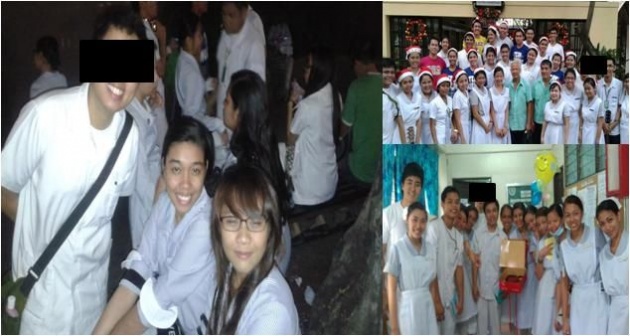 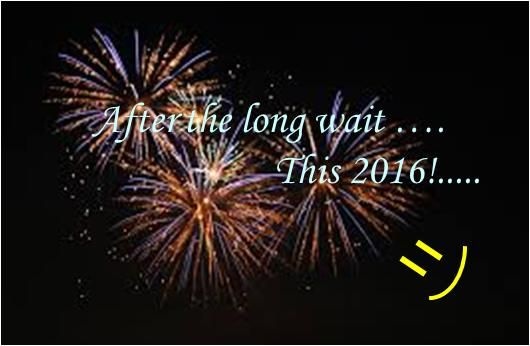 I am once again giving life to our research through this blog. Being here at Bitlanders  is a good chance for us to show to the world what we have achieved as a result of patience, hard work, and dedication. I want to share what we know because I believe that it can benefit a lot of people. If you know someone who has dementia (particularly old people aging from 65 to 70 years), please share it with him. 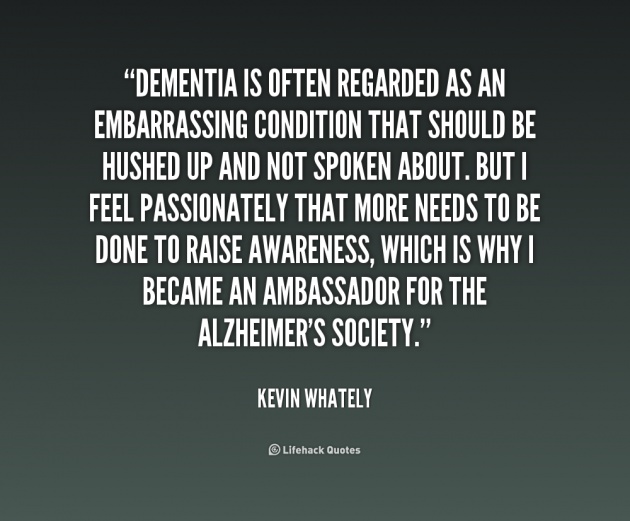 My first CST blog composes of rationale (the reason why we conducted the study) mainly comprising of dementia rather than the therapy first. I want you to understand where we are coming from and how important the therapy is. The detailed discussion on CST will be discussed in my next blog, so stay tuned.

Below is the rationale content of our study entitled: "COGNITIVE STIMULATION THERAPY : ITS FUNCTIONAL AND PSYCHOSOCIAL EFFECTS ON OLDER PEOPLE WITH MILD TO MODERATE DEMENTIA".

Creating memories is one of the brain's most remarkable functions. By relying on an intricate network of connected nerve cells in different parts of the brain, an experience can be recorded, stored like a biological file stuffed with emotions and sensory legacies and thus, recalled at will (Alzheimer's Research Foundation [ARF], 2011). However, growing old can never be denied. All aging humans will develop some degree of decline in cognitive capacity as the time progresses (Gossard, 2012). Perhaps the most widely acknowledged psychological change with age is the decline in memory (Mather & Carstensen, 2005). 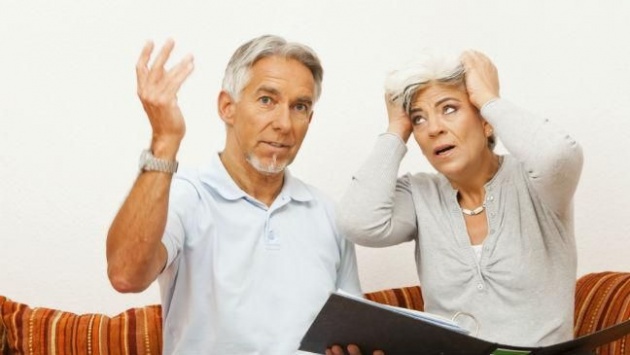 One of the common signs of this debility is forgetfulness where most people experience occasional lapses in memory. Such alteration might be frustrating to some older adults but this tends not to be disabling (Smith, Robinson & Segal, 2012). However, some would go through the irreversible deterioration of intellectual abilities which is not anymore claimed to be a normal part of aging. This refers to the so-called dementia.

Dementia is a group of symptoms where there is a loss of brain function that affects most of its critical functions --- memory, thinking, language, judgment, reasoning, and behavior. The decline in these areas would eventually impair one's functional abilities to carry out everyday activities even to the simpliest ones. These activities may include driving, household chores and even personal care such as bathing, dressing, and feeding often called activities of daily living. Recalling and retrieving of words, attention, and orientation can also become common problems with dementia. Dementia in the elderly can produce significant deficits in functional abilities which affect their independence and safety.

*How is it to live with dementia? Watch this:

Spatial orientation, mobility, and motor coordination may decline. Work rate, which reflects the output of several body systems, is diminished. The psychological aspect of aging is related to the person's capacity to adapt. Mood, attitude, self-concept, and personality may all be affected. Safety and security needs are of primary concern for the elderly in a crisis. Unless these needs are met, the older person cannot attend to health teaching. Changes may occur in perception and memory, thinking, learning, and problem solving.

The Dementia Society of the Philippines (DSP) in 2006 reported that dementia has been a public health emergency and a scientific challenge in developed and developing countries. Both of its incidence and prevalence are rising, escalating exponentially with the increasing age. It affects about one percent of people aging 60 - 64 years and as many as thirty to fifty percent of people older than 85 years. It is the leading reason for placing elderly people in institutions such as nursing homes (Hale & Frank, 2012). It is associated with higher mortality of 2.3 cases per 100 people, and is a major cause of functional dependence (DSP, 2006). It has also been reported that over twenty-six million people worldwide have dementia, and over fifteen million individuals will be affected by the year 2050.

Dementia has been overlooked even by skilled clinicians. A lot of these incidents have led to the worsening progression of the disease which some would manifest vague signs and symptoms that may cause unnecessary medical work-ups and even costly utilization of hospital care. With the rising number of people diagnosed with such syndrome, the need to develop stimulating interventions that may assist in slowing down its progression is very necessary.

One of the most notable treatment methods is the utilization of Cognitive Stimulation Therapy (CST) designed by Aimee Spector (2003) where psychological activities are incorporated in the therapy to enhance not only the mental functioning but also the quality of life of people with mild to moderate dementia. CST is a brief group therapy which is based on the theoretical concepts of reality orientation training and cognitive stimulation.

In 2006, the National Institute for Health and clinical Experience (NIH-CE) advocated that the people with mild to moderate dementia of all types should be given the opportunity to participate in a structured group cognitive stimulation programme which would be commissioned and provided by a range of health and social workers with training and supervision. NIH-CE also added that this should be delivered irrespective of any anti-dementia drug received by the person with dementia.

When an elderly is institutionalized because of having dementia, he is deprived of maintaining or honing his skills. However, regular mental or cognitive stimulation can help in the attenuation of cognitive decline and can slow down conditions like dementia. Bliss & Lomo (1973) supported the idea that stimulation of cognitive networks will enhance neuronal growth thus, reducing decline of cognitive functioning. Introducing creative activities to an elderly person can help to sharpen mental capacity, physical abilities and senses. For example, drawing and painting help a person become more knowledgeable about colors and art and how various colors work together on a canvas to create something beautiful.

*Other games they can do are card games: 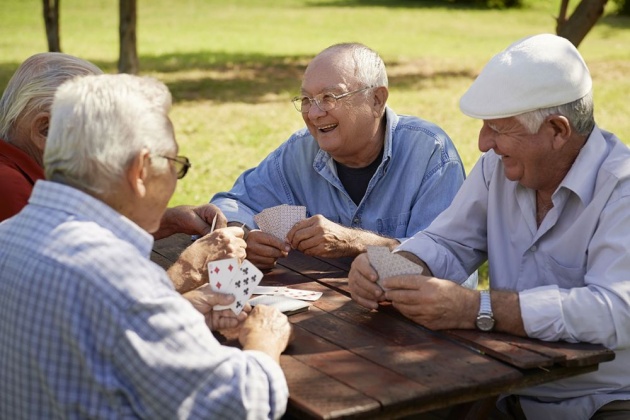 Participation in creative activities like CST can help inspire an elderly person who may be depressed or sad about his current situation, especially if he's experiencing medical issues or living in a nursing home. Giving the older person an assignment to work on an activity that will change his mind or body may just be the encouragement he needs to improve his outlook. It will give him something to look forward to each day, which could pull him out of depression. A creative activity can give the older person a sense of accomplishment and happiness.

*Look this grandma is very happy after creating her own necklace using art materials. It is fun time! Nice recreational activity, grandma! :) 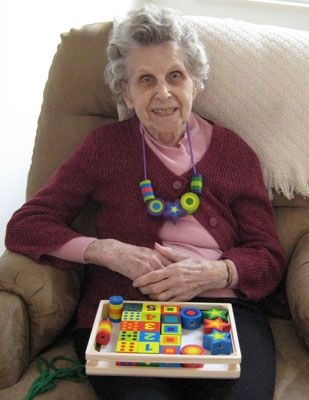 As being studied by the researchers, dementia has been faced with a lot of misunderstandings that it is a natural part of aging, that it only affects older people and that nothing can be done to help people live well with it. It has also been attached with a stigma that has caused discrimination in people affected with the disease (Alzheimer's Society, 2011).

*Elderly people with dementia shouldn't be left alone. That will only make them feel worthless. 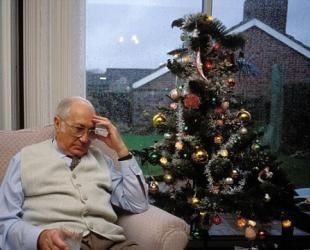 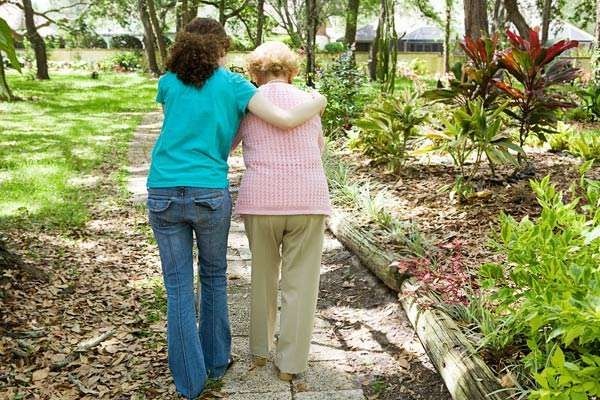 People with dementia should be given with the most appropriate treatment and management through clear understanding of what dementia really is and how important the early diagnosis would be. The research significantly aims to enhance the awareness of the people, most especially the caregivers and the other healthcare team members, that it is not a normal part of aging and that it can be advocated through a lot of therapeutic intercessions that would include cognitive stimulation. The study also aspires to eradicate or at least reduce the people's discernment.about dementia. Enhancing the people's ability to recognize dementia is the key first step toward improving the widespread situation.