DESTINY IN THE DESERT (Part 2) 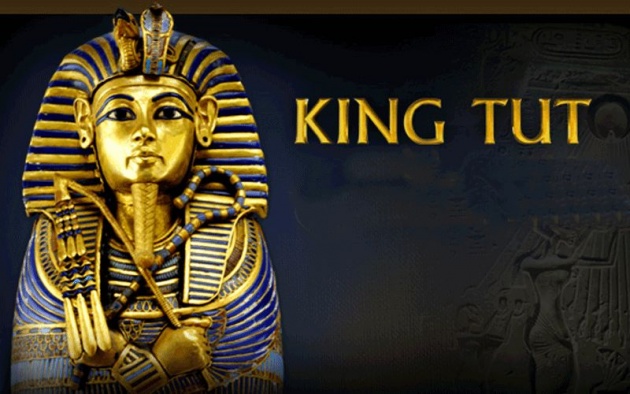 Much needed to be done before the team could enter the third, sealed room – the burial chamber of Tutankhamun. Wadding, calico, stationery, boxes and other essential materials were ordered to allow the precious antiquities in the both the tomb’s Annexe and Ante chamber to be catalogued, packed and transported for further examination. Egyptian socials, the press and other notable visitors ﬂocked to the site to offer their congratulations, hoping for a glimpse of the treasure trove within: all were refused entry. Two and a half months later, on 16 February 1923, both rooms had been cleared and Carter, with a trembling hand, prepared to knock down the partition wall that separated the Antechamber from the burial chamber. 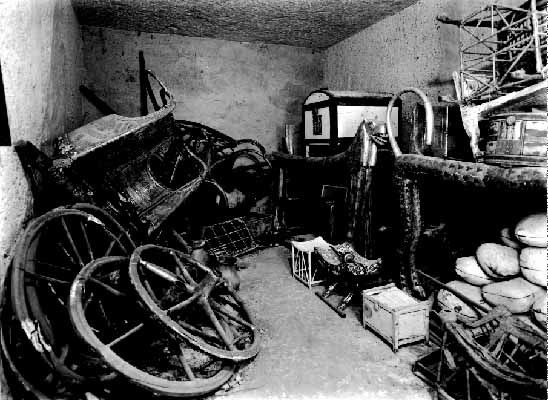 “The temptation to stop and peer inside at every moment was irresistible and when, after about ten minutes’ work, I had made a hole large enough to enable me to do so, I inserted an electric torch. An astonishing sight its light revealed, for there, within a yard of the doorway, stretching as far as one could see and blocking the entrance to the chamber, stood to what all appearance was a solid wall of gold”, wrote Carter later in his journal. 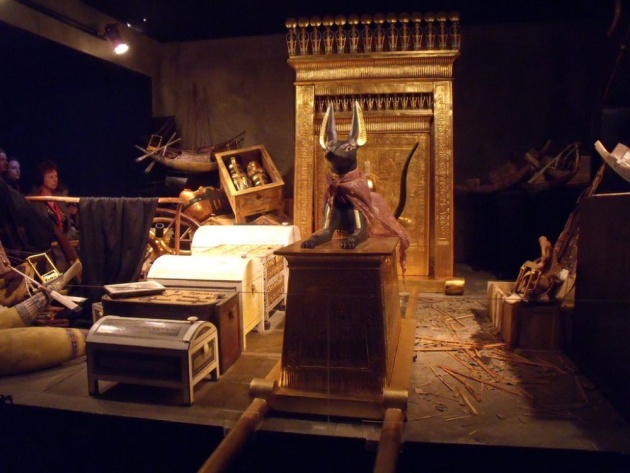 Two hours later, and the “solid wall of gold” was found to be a huge gilt shrine decorated with inlaid panels of brilliant blue faience (a type of ceramic). Funerary emblems surrounded the shrine, while at the north end could be found the seven magic oars the King was thought to need in order to ferry himself across the dark waters of the underworld.
Unlike the previous rooms, the walls of the burial chamber were decorated with brightly coloured scenes and inscriptions. Four such shrines, each smaller than the last, like a nest of Russian dolls, were subsequently uncovered and carefully dismantled before, on 3 January 1924, Carter saw his ﬁrst glimpse of the enormous crystalline sandstone sarcophagus, guarded at each corner by carvings of the four goddesses of the dead: Isis, Nephthys, Neith and Selket. 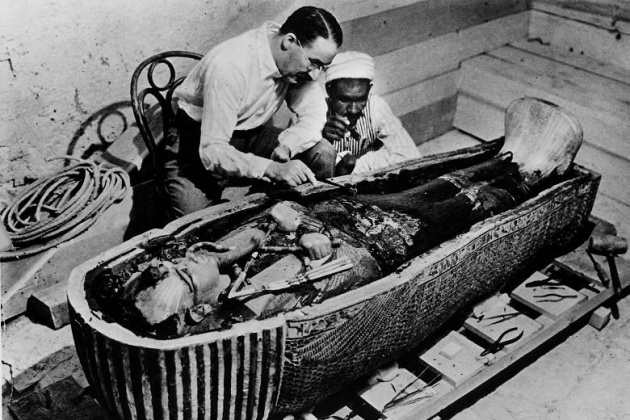 On 12 February 1924, more than 3,000 years after it was ﬁrst laid in place, the heavy lid of the sarcophagus was lifted, a day that Carter had waited years to arrive. As the chains stretched and the lid slowly rose, a mass of cloth was revealed within, covering what appeared to be a large human-shaped con. When the fabric was carefully rolled down to reveal its head, there was an audible gasp from spectators. “The coffin when it had been laid bare was a perfectly magniﬁcent sight”, wrote expedition team member Arthur Mace, “covered throughout with gold and beautifully worked. From the forehead projected the heads of the royal uraeus and vulture, the emblems of the two kingdoms... the face, beautifully modelled, and evidently a real portrait, was covered with thick sheet gold... The hands were crossed upon the chest. In the right was the ﬂail: in the left the crook sceptre.” 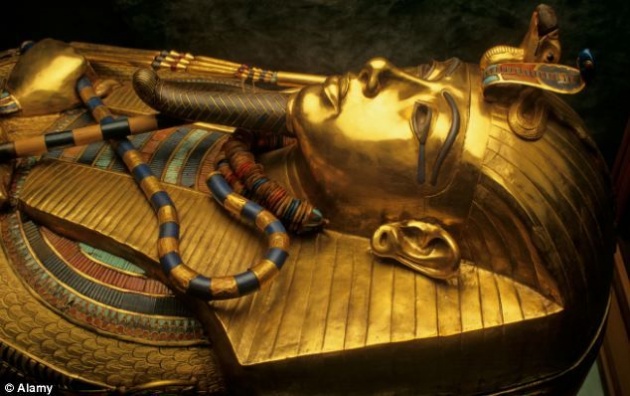 Never before had a monarch of Ancient Egypt’s New Kingdom been found undisturbed in his own sarcophagus, and with his tomb so intact. Carter’s hunch had been right; his quest was complete.