Do not borrow other people's love

It is said that happiness in modern society, that is to manually grab, hand grab. Then, there are a lot of girls, boys, like robbing others happy in her hand, cavalier justification for it, if you want happiness, need to win the fight.

Are you happy, that's important, but not for the happiness of myself, but borrowing heartless hired happiness does not belong to you, from other people. Love is in the capital kindred soul, the vibration of emotional honesty, heart and adds both empathy and sharing, rather than once plundered, prices fell a few times, is there be sustainable.

Corruption rape her emotional risk, may fail, may be successful, but certainly, in some certain angles, have won even matter is still the loser, when the war contingent ego, in addition to being a thief, then you can also become the lost shortly thereafter. Trust me, things from the hands of others, will never belong to you absolutely, because if you rob from someone, which means other people will rob from your hands alone.

All stories happening around us are very fair. And it seems that the price we pay for the happy times always scramble harshly. Do not expect to live happily with what they are battling or maybe just satisfy conceit and ego stroked so big only. Because selfish people like wresting, often do not know how to love others.

Forget teasing "something its not, it will be her slowly". Everything is inherently of you, go around and going back to your hand, things are not for you, although there is painstakingly concealed or pampering, will someday disappear from nowhere but up your life only. Love, too, such as happiness, if possible robbery that keep his life, it was not fear that too many people have been hurt and regret ever after.

Even if you truly love the other person, then do not be put down as a foot pedal, but then struggled to think of ways how to "compete" for "hijacking" of his success. Already without the deep draw well, there were those who had a lifetime of regret. So therefore why should any snooping things that are not our own?

We are an independent young people, we all have a distinct personality and willing effort to achieve the things you want. We are confident, but not so that targeted the wrong target, then shed the finish line to win the happiness of others. May largely be the result everyone must share the hurt.

So, do not want to own things because they "want", but despite all the work into a false choice. Do not be so lonely that blindly selected randomly, do not be so greedy that take shortcuts, do not be so stupid si a few moments, but in itself a hefty price to pay later.

And this girl, the man, is five-five for that will only accept to pay the price to win for his love to own. It's fine, but remember that each person's happiness is the individual, not for seeing people happy, and want to replace it urgently happy to continue that way.

All these things will not deprive the inherently durable, so, do not ever think about happiness robbed from others, because the borrower to hire "one-sided" as it will only make you evil, rather than the flowers in the eyes of others. 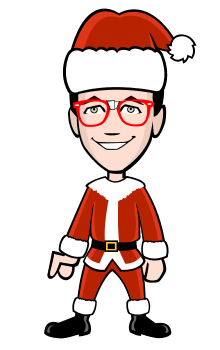