DOGECOIN PRICE COOLS OFF AFTER SPIKE

Dogecoin investors will remember September 2014 fondly because the month brought a 300% increase to the Dogecoin price. However, September has ended and unfortunately so has Dogecoin’s consistent price upswing. In the past week, the Dogecoin price fell more than 25%. CCN analyzes thisaltcoin price movement as well as Dogecoin’s overall coin health to help investors make informed trading decisions. 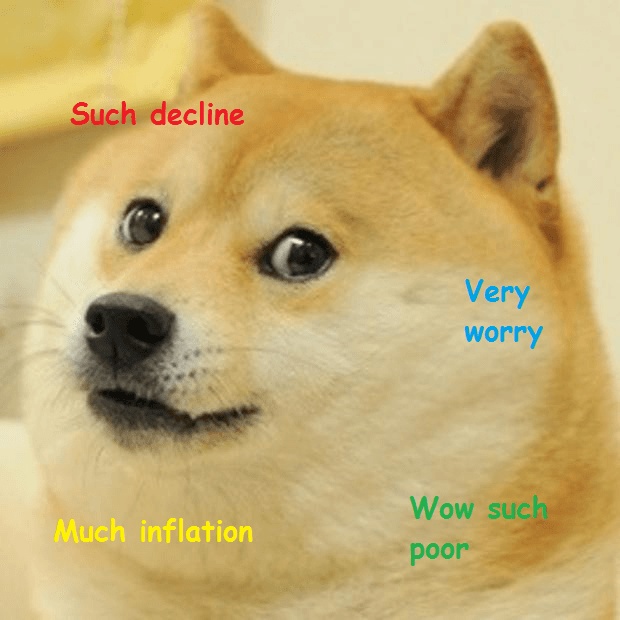 Throughout September, the Dogecoin price rose dramatically as investors poured capital into the fledgling DOGE markets. Much of that positive price movement followed PayPal’s announcement that it was partnering with GoCoin, a Dogecoin payment processor. On September 26, the Dogecoin price peaked at 111 satoshis–an almost 300% monthly increase  that caused many Shibes to become hoarse from shouting “Moon!”

The price decrease has dropped Dogecoin’s market cap to just below $31 million. Dogecoin remains fifth in cryptocurrency market cap, but its edge on sixth-place Nxt (whose price has dropped 14% this week) has thinned to $3 million.

Dogecoin may not be the most innovative altcoin, but it is one of the most resilient. Despite enduring some difficult times, the Dogecoin community–which trails only Bitcoin in size and activity–has proven that a meme can have staying power.

CoinGecko’s metric analysis algorithm ranks Dogecoin second among cryptocurrencies with an 82% rating. Dogecoin scores 90% in developer interaction, 84% in community activity, and 73% in liquidity.

Other than Litecoin, Dogecoin is the only altcoin CoinGecko grades higher than 70%. Ripple, who justpassed Litecoin for second place in coin market cap, ranks fourth with a 61% score. The Chris Larsen-led project possesses the second-highest developer score but has low community and liquidity scores. BitSharesX rounds out the top five with a 55% comprehensive score.

All altcoin investments are high-risk by nature, but investors should view Dogecoin as a comparatively safe long-term hold. As the only altcoin with solid CoinGecko ratings across the board, Dogecoin is a great buy for novice investors looking to get their feet wet in altcoin investing without taking the risk that their investment could vanish overnight.

Disclosure: The author does not have any investments in or affiliations with the coins listed above. Any advice contained in this article is solely the opinion of the author and does not reflect the views of CCN. Neither the author nor CCN is liable for your investing decisions, so do your homework and never invest more than you are willing to lose. 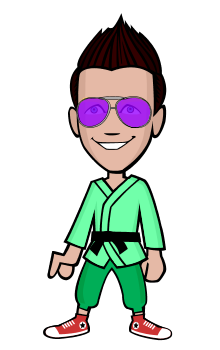