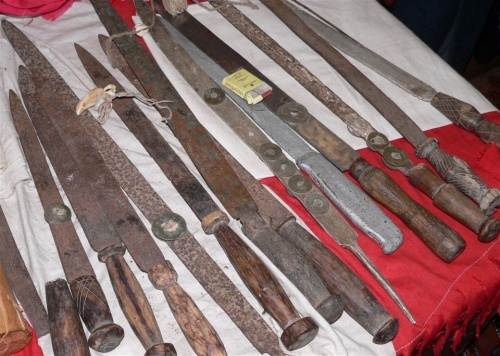 Today is International Day of Zero Tolerance to Genital Mutilation of women/girls - UN Report shows that almost 2,000 communities across Africa abandoned female genital mutilation/cutting (FGM/C) last year, prompting calls for a renewed global push to end this harmful practice once and for all. According to the Report, issued by the UN Population Fund (UNFPA) and the UN Children’s Fund (UNICEF), the total number of communities renouncing FGM/C has now reached 8,000 over the last few years. Progress Moving toward Elimination: “These encouraging findings show that social norms and cultural practices are changing, and communities are uniting to protect the rights of girls and women,” said UNFPA Executive Director Babatunde Osotimehin, To mark the Day, Dr. Osotimehin and UNICEF Executive Director Anthony Lake issued a joint statement renewing their commitment to put an end to the practice. “We call on the global community to join us in this critical effort. Together, we can abolish FGM/C in one generation and help millions of girls and women to live healthier, fuller lives,” they stated. False Application of Religion/theology: FGM/C refers to a number of practices which involve cutting away part or all of a girl’s external genitalia. The practice – recognized globally as a violation of the human rights of girls and women – has no health benefits, causes severe pain and has several immediate and long-term health consequences, according to UN agencies. It should be noted that it is also against theological beliefs in whose name such is frequently advocated in Africa including Christianity and Islam. Each year, around 3 million girls and women – or some 8,000 girls each day – face the risk of mutilation or cutting. An estimated 130 million to 140 million girls and women have undergone the practice, mostly in Africa and some countries in Asia and the Middle East. See Film Report – “Stopping Genital Cutting” - diplomaticallyincorrect.org/films/movie/stopping-female-genital-cutting/24195 Cultural/Religious Impact: The new Report is prepared by the UNFPA-UNICEF Joint Programme for the Acceleration of the Abandonment of FGM/C, which was set up in 2008 and tries to spur change through a culturally sensitive, human rights-based approach that promotes collective abandonment of the practice. That includes engaging all community groups, such as traditional and religious leaders, women, men and young girls themselves, in discussing the harms of the practice, while highlighting that it is not a religious requirement. The programme also supports legislation and policies against the practice. The new highlights show that, with support from UNFPA and UNICEF, efforts against FGM/C have yielded encouraging results during 2011. Throughout Africa, more than 18,000 community education sessions were held, almost 3,000 religious leaders publicly declared that the rite should end, and more than 3,000 media features have covered the subject. almost 2,000 communities declared their abandonment of the practice during the year. Celebrations to voice such declarations were attended by government officials, Muslim imams, Catholic and Protestant priests, traditional village and clan leaders and thousands others in countries such as Burkina Faso, Djibouti, Ethiopia, Gambia, Senegal, Kenya and Somalia. Kenya’s parliament passed a bill prohibiting FGM/C; 13 Sudanese states have launched initiatives to abandon the practice; and more than 3,600 families with girls at risk in Egypt have come out against the practice. In addition, a West African fatwa against cutting was issued by religious leaders from Mauritania, Senegal, Mali, Guinea, Guinea-Bissau, Gambia and Egypt. Also See Film Report – “Forced & Early Marriage” - diplomaticallyincorrect.org/films/movie/forced-early-marriage/24085 LINK to UNFPA Statement & More (Graphs) - www.unfpa.org/public/home/news/pid/9976 Ambassador Muhamed Sacirbey - FOLLOW mo @MuhamedSacirbey Facebook-Become a Fan at “Diplomatically Incorrect”       Twitter – Follow us at DiplomaticallyX