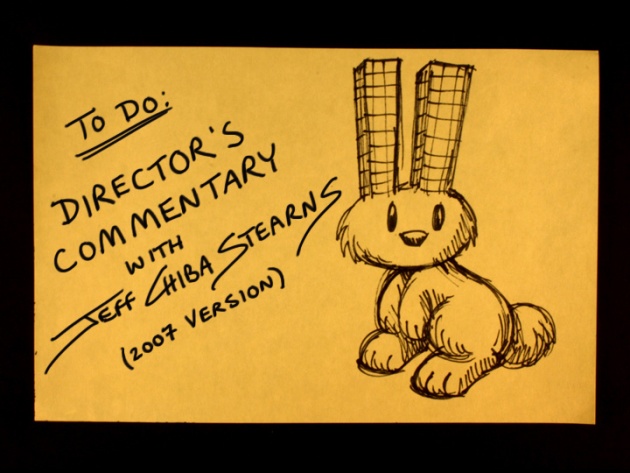 Therefore, I thought it would be fun to include this version to Film Annex for people to see my thought process behind making the film.  I have to admit, the first time watching it again after all these years was kind of weird.  It was weird because I was hearing a version of me 7 years ago talking about my filmmaking process.  I think for anybody, it's always strange to hear your own voice many years later especially speaking about a film as intimate as Yellow Sticky Notes.

Please subscribe and Buzz my films and blogs!  Thanks!