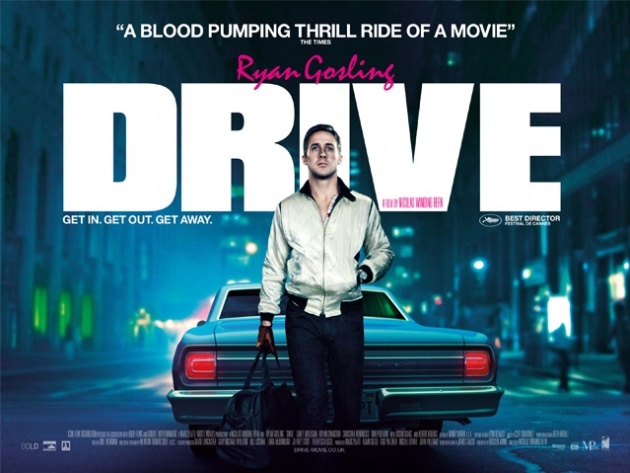 A mysterious and talented driver gets into trouble when he tries to help out his new neighbour.

Drive is one of those films that can be described with one word - cool. Everything about it is cool: the soundtrack is cool, the cinematography style is cool and the main character is the epitome of cool (played by Ryan Gosling who is also, cool). However, what I like most about this film, and what I think you can take from it as a filmmaker, is that the director was not afraid to break filmmaking rules and clichés.

One of the first things you learn as a filmmaker is the 180 Degree Rule. When you are filming a conversation between two people, you keep each character on their respective side of the frame so as not to cross the line and confuse the audience. Whilst Drive does not technically cross the line, it seems like it does by framing the characters to the side of the frame in which they are looking. This most likely is done for stylistic reasons but it does give the film a fresh look and feel.

Drive also dips into surreal moments despite being a very realistically styled film. In the elevator scene where the two main characters kiss for the first time, the lighting drops which isolates the two main characters and creates a very powerful moment. Also, during a car chase scene, the director decides to hole on a slow motion shot of a characters face as a car crashes up behind her. Most films will tend to focus lots of their shots on big car crashes however Drive tends to keeps its focus on the emotions of the characters. The use of these unconventional and original techniques give the story a fresh and stylistic image, making it very enjoyable to watch.

The film technique and the overall style of this film make it incredible viewing for any filmmaker.